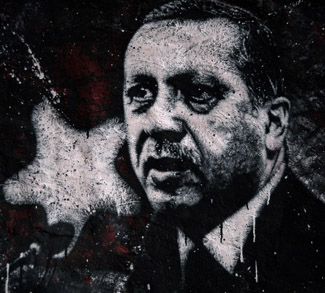 As NATO has expanded eastward towards Russia, there has been an ever-present risk that its easternmost members would adopt a significantly more hawkish policy towards Russia than its original founding members. Some have seen this in Poland, possibly using the current Ukrainian crisis (and NATO in turn) to re-establish its former preeminence in Eastern Europe under the Polish-Lithuanian Commonwealth. That’s why Poland has focused on possible Russian moves into the Baltic states, further possible Russian incursions into Ukraine, and leveraged possible division between Belarus and Russia.

Turkey’s recent downing of a Russian Su-24 warplane over the Turkey-Syria border has seriously raised the stakes in the Syrian Civil War. Even more telling was Turkey’s action afterwards, namely to seek common cause and solidarity with its NATO allies, before communicating with the Russians. Despite recent economic, specifically energy-related endeavors, the NATO consultation merely follows a pattern in which the Turks have sought assistance from distant Western Europe to counterbalance their proximate historical rival, Russia. Lastly, Turkey may be using its NATO allies’ fear and suspicion of Russia to re-establish the sphere of influence it once enjoyed under the Ottoman Empire.

Constantinople’s Fall and The Charge of the Light Brigade

Shortly after the Ottomans smashed the remnants of the Byzantine Empire in 1453, Turkey started to assert a major role in European security affairs, specifically in the Balkans and Southeastern Europe. Already one of the world’s most economically-developed cities, Constantinople retained its strategic position as the literal crosspoint of Europe and Asia. The Turkish capital’s terrain significance was further enhanced by its position as a gateway between the Black and Mediterranean Seas.

With the onset of the Crimean War exactly four hundred years after the Byzantines’ destruction, Turkey was the actual focal point of the war itself. Ostensibly concerned by the access its Orthodox Christian pilgrims would have to sites in the Holy Lands controlled by the Seljuks’ successors, the Ottomans, Russia sensed Turkish weakness, attacked Turkish positions along the Black Sea in its bid for year-round warm water naval ports, and some within the Russian Emperor’s inner circle even pressed him to take Constantinople itself. More importantly, the Crimean War was really about the West’s (specifically the U.K.’s) desire to preserve the Ottomans as a balancer against Russian ambition and to prevent Russia from devouring that period’s “Sick Man of Europe.”

Montreux Convention and the Ukraine Crisis

The Montreux Convention of 1936 details Turkey’s control over the Bosporus Straits and the Dardanelles, as well as the regulation of warship traffic to and from the Black Sea. The treaty’s critical point is that it restricts access to the Black Sea to states which actually border the Black Sea. During the Cold War, Turkey allowed itself to be used (through the Convention) by its NATO allies as a spoiler to any Russian plans for expanded influence in the Mediterranean Sea.

Presently, the Ukraine Crisis has put the Convention under review yet again as the U.S. has recently pressed for more access to the Black Sea in order to exert pressure on Russia in the wake of Russia’s seizure of Crimea. Legally, NATO members Romania and Bulgaria actually have the right to have warships in the Black Sea as they actually border the Sea. That is why the U.S. is pressing for more military exercises in the Black Sea with these states specifically. Summarily, because of Turkey’s strategic position and control of the nearby straits, it was in a position to affect Western designs on the former Soviet Union in the past as well as on Russia in the present.

Before the downing of the Russian warplane, Turkey was positioning itself as the major transit point between resource-abundant countries such as Russia, Azerbaijan, and Iran, and resource-hungry states in Europe. Perennially denied access to the E.U., Turkey has had to rethink its relationship with Europe and reformulate its usefulness to it. Subsequently, Turkey was taking steps to become an energy powerhouse and supplier in its own right to potential European customers. These moves were set to accelerate as relations between the West and Russia seemed to remain at an overall standstill.

However, in the wake of the recent downing of a Russian airliner over the Sinai and, even more importantly, the recent Paris bombings, there had been talk of a common cause being formed by the West and Russia against ISIS. This would-be alliance might’ve been perceived by Turkey to threaten its interests insofar as it was positioning itself to be geostrategically and geo-economically more important to Europe than Russia. Taking a page out of Russia’s “Russkiy Mir” (Russian World) playbook in Ukraine, Turkey had been making noises about defending the “Turkic World” and its Turkmen “compatriots” (presumably Turkish-backed rebels) against Russian airstrikes next door in Syria. Summarily, these sentiments, combined with Russian annexation of Crimea, a territory seized from the Turks even before the Crimean War, serve to make the European security architecture unstable and NATO decision-making even more unenviable than it already is.

It’s Time to Throw Away the Cold War Playbook 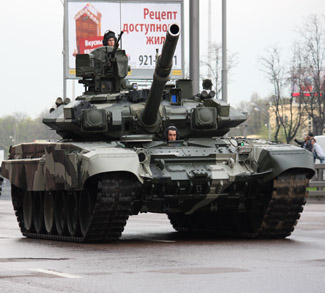