The Potential for Sino-Indian Tension in the SCO 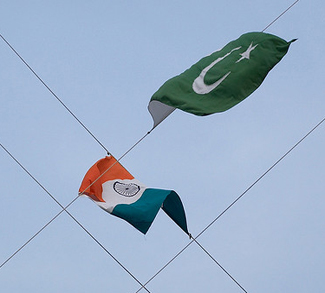 The member states of the Shanghai Cooperation Organization (SCO) cover more than three-fifths of Eurasia and are home to a quarter of the world’s population. SCO membership, as well as observer and dialogue partner status, must go through a unanimous voting mechanism to be successful. Full members can exploit the SCO’s consensus-based decision-making to veto SCO activities like widening membership, which they do by calling for further studies. This fickle expansion system has left the organization at near continuous loggerheads on the issue of India and Pakistan for the past several years. The Central Asian states have feared having their power diluted by growing numbers, and China in particular has largely opposed the dual expansion plan as well, fearing it would move the group beyond its manageable control. Despite these misgivings, both India and Pakistan will be one more step closer to full membership when the accession procedure is expected to take place at the June 23-24, 2016 SCO summit in Tashkent, Uzbekistan.

India’s primary interest in the organization appears to be the anti-terror component. India has been plagued by terrorist attacks, from homegrown Islamic terror groups to communist-Maoist Naxalites. India claims many attacks come from alleged Pakistani state-sponsored groups, a potential point of contradiction for Pakistan and the SCO’s policies. The SCO’s regional anti-terrorism structure (RATS) is an enticing security mechanism for a country facing a large and ever growing terror threat. However, the SCO has demonstrated that it is an organization committed to not only fighting the traditional Western concept of terrorism but also to anti-revolution and pro-government intervention in insurrections, insurgency and civil war. India has little to gain from supporting these more implicit missions and could not be counted on in China’s efforts to build a coalition should it ever choose to. Even if India were to participate in such operations, it is not likely they would perform well under Chinese leadership (assuming China even took the lead) with the current levels of antagonism.

While Pakistan enjoys close relations with China and amicable relations with Russia, this is not the case for India. India is traditionally a heavily Russia-slanted security and economic partner, whose fluctuating levels of anti-China rhetoric continues to find its way into mainstream media, despite increasing India-China economic ties and its eventual SCO accession. India’s military maintains an active anti-China posture, accounting for the Middle Kingdom in its Pakistan war fighting strategy. India also has several active border disputes with China that have been the source of increasing tension during the past three years. Disputes between SCO members are not new but the sheer scale of the dispute between India and China is not something the SCO has dealt with internally before.

The strong mutual antagonism between China and India is likely to spill over into Central Asia where each nation has competing security priorities. India has its own economic initiative through Central Asia, called the North South Transportation Corridor (NSTC). The NSTC begins at the Iranian port of Chabahar and runs through Central Asia to Russian industrial cities. The NSTC and China’s One Belt One Road Initiative (OBOR) are not mutually exclusive. However, the SCO has developed to work well with China’s OBOR Initiative and meshes with PLA’s modern prescribed mission of protecting international assets. India’s attempts to use the SCO to fulfill its own protection efforts may be antagonistic towards China’s security objectives in the region. India could use the consensus model of the SCO to be an obstructionist as China attempts to use the SCO for its security missions, possibly creating further antagonism and rendering the SCO completely ineffective. The latest incarnation of the “Peace Mission” takes place in the fall of 2016 and could serve as a testing ground for India’s security role in the SCO if it observes or participates in a meaningful manner. Whether or not India takes part in future “Peace Mission” exercises as a member will be a strong indication of its intent in the organization and the prospects for China using the organization to help fulfill its own security missions.