The Impact of China’s One Belt, One Road on Romania 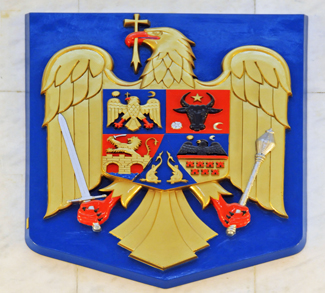 Any country along the ‘One Belt, One Road’ routes may be of interest to China if it possesses significant assets, and may in turn benefit from this massive infrastructure development project.

“Belt and Road is the project of the century because it has many stakeholders and will produce manifold effects on the countries involved. There are also a large number of challenges that lie ahead for the Chinese institutions in charge of this project,” believes Liviu Muresan, president of EURISC, a Bucharest-based think tank that has been working with Chinese academics, researchers, and China-based think tanks for many years.

The importance of think tanks as complements to governmental efforts to establish partnerships for transcontinental projects has become obvious in recent years. In August 2016, the European Council on Foreign Affairs wrote that “Xi Jinping’s call for the construction of ‘think tanks with Chinese characteristics’ has led to a proliferation of institutes and an expansion of their portfolio of activities, their international networks, and their public profiles.”

A country like Romania can play a role in the energy sector, critical infrastructure, and the peaceful use of the outer space. In this, Romania needs a wise multilateral foreign policy. While remaining a strategic partner for the U.S., as the Eastern frontier of the Euro-Atlantic structure and a major geopolitical actor on the Black Sea, Romania must build a strong policy with the East.

The Romanian astronaut Dumitru-Dorin Prunariu, who holds high positions in international space organizations, is already cooperating with China within the Association of Space Explorers (ASE). Six Chinese astronauts are members of ASE and Yang Liwei, the first Chinese astronaut, is a member of the ASE Board.  In November 2016 in Bucharest, the Romanian Space Agency signed a memorandum of understanding with the Chinese National Space Administration for bilateral cooperation in exploration and peaceful use of outer space. Romania has been represented by Mr. Prunariu in the UN COPUOS (Committee on the Peaceful Uses of the Outer Space) since 1992 and he even served as president of the UN COPUOS between 2010-2012.

Romania also has the chance to host an energy center and can become one of China’s long-term economic partners in the energy field. Romania has a huge processing capacity of 5 million tonnes in good, competitive refineries and this should be an asset to put on the table for Silk Road development. Romania was the first country to exploit petroleum by training petroleum engineers and building one of the first refineries, and it has not lost this knowledge nor expertise.

From previous joint projects, Romanians know that discussions are fruitful but commercially harsh because the Chinese are very determined business partners.

“There are huge interests at stake, so economic and political elements will need balancing,” says Muresan. “Let us look for instance at the maritime route…and the recently developed relation between China and Egypt, a country with a strategic channel, and China’s interest in funding the new Egyptian capital city shows that China is interested in making its connections with the Mediterranean Sea. At the same time, let us contemplate China’s involvement in the Middle East because China wants to develop the China-Iran-Romania route, as suggested by the Shanghai Institute for International Studies.” Muresan also calls attention to the risks involved in the project: “the routes cross some highly unstable areas and we don’t know yet if the project will stabilize them or if it will increase tensions between neighboring countries…… Our Chinese colleagues are analyzing, together with the Russians and Central Asians, the implications of these routes from East to West.” With a planned infrastructure investment of 4 trillion euro, in an investment spanning 30 years, the Belt and Road Initiative encompasses Eurasia “like a pair of scissors,” involving 70% of the Earth’s energy resources, but China will find itself in very thorny regions across Eurasia.

Think tanks should get involved in the Three Seas Initiative (Adriatic, Baltic and Black Sea countries) that China believes to serve its interest in the Silk Road project. The Chinese Academy of Social Sciences, the biggest Chinese think tank, with 4,000 researchers and 90 research centers, is encouraging this step, and Serbia and the Baltic countries turned out to be very dynamic and eager to take responsibilities in the project. Moreover, it seems that, beyond their specialized professional purpose, the meetings organized by the Chinese think tanks are meant to generate consensus and trust regarding mutual goals before making concrete proposals and half of the European participants spoke Chinese during their discussions with the Chinese counterparts.

Some analysts feel that, for some time, Russia maintained its influence through gas and petroleum, but, at present, China seems to have created routes to attract energy resources from territories under its own influence. However, relations between China and Russia may remain supportive due to their mutual interest in weakening American influence.

China vs. the EU: The Influence War that Only One Side Is Fighting