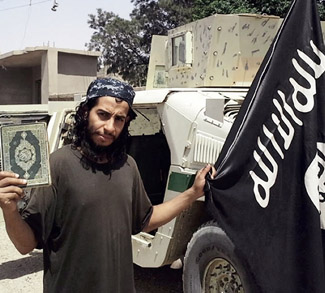 “If Abdelhamid Abaaoud is in France, it would be something unbelievable.” Thus remarked Jean-Charles Brisard, one of France’s leading counter-terror exerts, on the morning of Wednesday, November 18, just five hours after French special forces had begun a massive assault on an alleged terrorist hideout in the Parisian suburb of Saint-Denis. In the meanwhile, French authorities had revealed that the target of the operation was none other than Abaaoud, the supposed “mastermind” behind the deadly attacks that shook Paris the previous Friday.

Somewhat unwittingly, as will be seen below, Abaaoud had become the veritable face of French-speaking jihadism. Long before the Paris attacks, his picture had been all over the media in France and his native Belgium, and not only was he the target of an international arrest warrant, he had already been sentenced in absentia to 20 years in prison by a Belgian court. Having left Belgium for jihadist-controlled territory in Syria in January 2014, how could Abaaoud, of all people, have not been detected when re-entering Europe’s “Schengen space”? And once inside, how could he have moved freely around it without being noticed, especially in those countries, France and Belgium, where his notoriety was greatest? Not to mention the fact that his family was informed by local sources in Syria that Abaaoud was killed in combat in October 2014.

But one day after the Saint-Denis raid, Parisian public prosecutor François Molins announced that the “unbelievable” had in fact been the case. According to a statement released by the prosecutor’s office, Abaaoud had been “formally identified” as one of the persons killed in the raid on the basis of finger prints. A police source interviewed by the French daily Le Figaro described the corpse as “unrecognizable.” According to Moulin’s press release, it was “riddled with bullets.” Somewhat confusingly, in what appears to have been a separate press release, the prosecutor’s office also raised the possibility that Abaaoud may have blown himself up. Earlier remarks by Jean-Michel Fauvergue, the director of French SWAT forces, suggested that the dead man had been “hit by grenades.”

In any case, one thing is clear: Abaaoud had nothing like the resume of a terrorist “mastermind.” The son of a relatively well-to-do small businessman from the now infamous Molenbeek district of Brussels, in early adolescence Abaaoud attended the elite Saint Pierre school in the posh Brussels suburb of Uccle. A classmate who spoke to the Belgian daily La Dernière Heure remembered him as “a little jerk [un petit con]” who “was very rude and made fun of everyone.” Another classmate recalled him “pissing people off” by stealing their things during the recreation period.

Abaaoud first came to broad public attention in March 2014, not, as has been incorrectly reported, due to an Islamic State “propaganda video,” but rather due to a macabre amateur video that he and other French-speaking ISIS recruits themselves recorded and that was stolen from his cellphone and provided to the French media. The video shows Abaaoud behind the wheel of a pick-up towing over a half dozen corpses to a mass grave. Addressing the camera with a broad smile, Abaaoud explains, “In the past, we towed jet skis, motorcycles and quad bikes…. Now we tow murtads [apostates] and kuffar [unbelievers], those who fight against us and fight against Islam.” The dead were reportedly the victims of a massacre that took place in the Aleppo suburb of Hraytan in the second week of February. At the time, ISIS was involved in an internecine struggle with other jihadist groups in the area. The then 26-year-old Abaaoud had been in Syria for roughly three weeks. (For more on the circumstances of the Hraytan video, see here.)

Note that the footage does not show Abaaoud and his companions in combat. It merely shows them doing what is, in effect, clean-up work. Evidently, the ISIS hierarchy regarded its enthusiastic, but inexperienced, new European recruits as best suited for menial tasks.

Abaaoud confirmed the provenance of the video on a Facebook page that he maintained under the name “Abou Omar Soussi.” Over the next several months, he would become a fixture in jihadist social media, posing for a number of “vacation photos” of foreign fighters in Syria, almost always with the same somewhat goofy grin that former classmates remembered from his schoolboy days in Uccle. The impression that Abaaoud and his friends were enjoying a kind of Syrian “holiday” was encouraged by Abaaoud himself. Thus, one such photo that he posted to his Facebook page on June 13 bore the caption “The terrorist tourists.”

Abdelhamid Abaaoud (left) in a photo from his Facebook page

A picture that emerged on Twitter a couple of weeks later provoked some mirth on the internet. It showed Abaaoud peering through the scope of a sniper rifle – while crouched in the middle of a truck tire.

The incongruity of the photo with descriptions of Abaaoud as a “mastermind” could hardly be more glaring.

Sometime around the middle of 2014, Abaaoud’s Facebook page appears to have been deleted. According to the journalist Guy Van Vlierden, a close observer of the Belgian presence on jihadist social media, Abaaoud created a new page under the pseudonym “Soussi Abdel” in August of that year. However, the page, which remains extant, contains no posts.

Reports that the erstwhile ISIS clean-up man and “terrorist tourist” had turned to the preparation of terror attacks in Europe first emerged in January 2015. At that time already, the Belgian press identified Abaaoud as the “mastermind” behind a plot to attack Belgian police. Two suspects were killed during a raid in the Belgian town of Verviers on January 15, and Abaaoud was said to have been in phone contact with the plotters from a hideout in Greece. Two days after the raid, Belgian media even reported that Abaaoud had been arrested in Athens. The report soon turned out to be false. After the Paris attacks, French Interior Minister Bernard Cazeneuve would suggest that Abaaoud had again entered Europe’s “Schengen space” via Greece. But to this day, Greek authorities insist that there is no evidence that Abaaoud had ever been in Greece at all.

ISIS would quickly seize upon the Verviers affair to publish a supposed interview with Abaaoud in the February 2015 issue of its magazine Dabiq. In the interview, which was supposedly conducted in Syria, Abaaoud is quoted as saying that he had not only been to Greece, but indeed all the way to Belgium and back. “The kuffar were blinded by Allah,” Abaaoud is quoted as saying, in order to explain European security officials’ remarkable inability to recognize him. It is, needless to say, impossible to authenticate the interview itself, much less the spectacular claims made within it. Nonetheless, on the basis of nothing but the Dabiq article, Abaaoud’s daring expedition to Belgium has been widely cited as fact in the Western media.

The reports of Abaaoud’s involvement in the Verviers plot came as a particular shock to his family at home in Brussels. As his sister told the Flemish daily De Standaard, the previous October the family had been informed by sources in Syria that Abdelhamid was dead, having been killed in battle in Iraq. These earlier reports of Abaaoud’s death have been mentioned in the more recent spate of articles on Abaaoud in the international press, but only in order to be then dismissed as a ruse that was employed by Abaaoud in order to facilitate his movement around Europe. Given that only his family was informed, it is unclear how the alleged ruse was supposed to work.

What has gone virtually entirely unreported outside of the Belgian media, however, is that one of the sources that told the family about Abaaoud’s death was none other than his younger brother Younes. Abdelhamid took Younes with him when he left for Syria in January 2014. At the time, Younes was just thirteen. He has been widely portrayed in the Western media as Syria’s “youngest jihadist.” According to Abaaoud’s sister, who is identified simply as “Y.” in the Belgian press, when Younes spoke with the family in October 2014 he was “very sure” that Abdelhamid was dead. Abu Omar Brams, a fellow Belgian recruit and one of Abaaoud’s closest friends, told the family the same thing. Abaaoud’s sister told De Standaard that the family had even seen pictures of the corpse.

There is no lack of seasoned French-speaking jihadists who are known or reported to be in Syria and who appear to have risen to positions of some importance within ISIS. They include Sabri Essid, the stepbrother of the Toulouse Jewish school killer, Mohamed Merah, and a convicted member of the so-called Artigat group that specialized in the dispatch of jihadists to fight American and allied forces in Iraq. Essid was featured in an ISIS execution video that was released in March. There is also Fabien Clain, a senior member of the Artigat group who is suspected of having recorded the audio tape in which ISIS claimed responsibility for the Paris attacks; and there is Salim Benghalem, a close associate of the Kouachi brothers, who perpetrated the Charlie Hebdo attack in Paris last January, and a reputed ISIS “executioner.” Benghalem too has appeared in an ISIS propaganda video. In it, he celebrates the January 2015 Paris attacks and calls for further attacks in France.

Any of the above would represent plausible candidates for having planned or participated in the planning of the Paris attacks. It is worth underscoring that they are all French, not Belgian. But there is nothing in the biography of Abdelhamid Abaaoud, the jihadist neophyte from Molenbeek, to suggest that he had the stature to play a similar role.

Author’s Note: According to sensational reports that have emerged in the Belgian and French press since the completion of the above article, Abaaoud’s younger brother Younes has threatened to return to Europe to “avenge” his brother’s death. It should be noted that these reports are based on nothing more than a vague Facebook post in Arabic that is accompanied by a photo of Younes and that, per the translation of Belgian journalist Guy Van Vlierden, reads: “Abu Omar al-Soussi may have been martyred, but his brother is alive. And we are coming to the worshipers of the cross.” Younes Abaaoud is not the author of the post; he is merely mentioned in it. As Van Vlierden has pointed out, there is no way of telling if the actual author, one Abu Soufiane Belgikimohajir, has any contact with Younes; and the photo, moreover, is an old one, having first emerged on the internet one year ago. 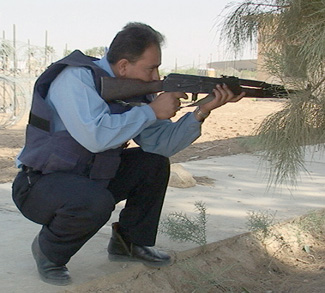