Tensions Escalate between Azerbaijan and Iran

While the Ukraine war dominates global headlines, another conflict is brewing in the South Caucasus, where Azerbaijan and Iran have grown increasingly hostile since the 2020 Karabakh War.

Following Azerbaijan’s decisively victory over Armenia, helped by military support from both Israel and Turkey, Iran came to realize that its security along the northern border was at risk, as the war risked cutting it off from a key regional ally in Yerevan.

Where Tehran seemed willing to accept the inevitability of Azerbaijan regaining the Karabakh region, which the United Nations officially recognizes as a part of Azerbaijan, the Islamic Republic has raised concerns over frequent the new encroachments along Armenia’s southern borders that have occurred throughout September. This renewed assault by Azerbaijan has caused no small amount of alarm, not just from Iran, but also the United States and France.

The encroachments approach one of Tehran’s red lines in the possible redrawing of the borders of the Caucasus, an outcome that is frequently hinted at in rhetoric from presidents Aliyev and Erdogan concerning pan-Turkic expansion. A redrawing would present new geopolitical problems for Iran; among them is the disruption of an ancient trade route through Armenia that has been active for thousands of years.

Azerbaijan has made no secret of its animosity toward Iran since its 2020 war with Armenia, going so far as to highlight maps of ‘Greater Azerbaijan’ that feature parts of Iran’s northern provinces (Iran is home to around 16 million Azeris, who are concentrated in the northwest of the country along the Azerbaijan border).

Both Baku and Tehran have gone tit-for-tat in diplomatic slights directed at each other this past year, which has raised tensions even further. In the wake of the 2020 war, Iran has held various military exercises along its borders in order to deter Azerbaijan. On the other side, Baku has ramped up tensions with Iran by promoting a potential secessionist movement of Azerbaijanis in Iran.

As the current protest movement in Iran continues to grow grow, uniting all demographics against the corrupt and authoritarian Mullahs, the Islamic Republic could become desperate for a distraction, and a foreign conflict represents one way to unite the country against a common foe. Khomeini similarly used Saddam Hussein’s invasion as a distraction to solidify his rule, ordering thousands of executions of dissidents during the Cultural Revolution; his successor, Khamenei, may look to do the same.

Though President Ilham Aliyev has maintained a hardline autocratic rule since coming to power in 2003, the president is enjoying a new wave of popularity due to Azerbaijan’s victories against Armenia. Losing the 1990s Karabakh War was a major national humiliation, and a major source of resentment toward Armenians in the region. Aliyev has long used the ongoing conflict between both nations to further solidify his hardline rule, even going as far as to make an officer who hacked an Armenian to death in his sleep at a NATO-sponsored exercise a national hero upon his extradition to Azerbaijan in 2012.

The IRGC has recently dispatched a large amount of military equipment and manpower along Iran’s border with Azerbaijan, heightening fears of a potential war. Both oil-rich, any open conflict between Azerbaijan and Iran could potentially be catastrophic for world energy markets, speak nothing of the potential for a humanitarian crisis as tens of millions live in the border regions of each country.

The Islamic Republic was internationally isolated following the Iranian Revolution and has relied on dictatorships such North Korea, Syria, and the Russian Federation to survive. Azerbaijan on the other hand, though it continues to be led by an autocratic dynastic rule, has grown its international relations tenfold since securing independence from the USSR.

Since taking power from his father, Azerbaijan’s current president has secured a mutual defense pact with Turkey, a military pact with Israel, and growing support from the Gulf states. The Russian invasion of Ukraine also forced the EU to look for alternative energy sources, which Baku was quickly favored with a new gas deal to supply Europe through 2027. These diplomatic efforts have strengthened Azerbaijan’s international position such that, if a war were to break out with Iran, Baku could count on some degree of diplomatic cover due to its status as a key alternative energy provider.

However, with Iran’s growing ballistic missile capabilities and combat-tested drones, Azerbaijan’s military currently lacks the capabilities to defend itself against potential strikes by Iran. If a conflict were to break out, the mutual defense pact with Turkey could trigger a regional war and another humanitarian disaster.

Looking ahead, escalating diplomatic slights from both Iran and Azerbaijan – which benefit the authoritarian regimes in each country – can be expected to continue. However, there remains a risk of uncontrollable escalation and, at worst, a regional war that none of the parties either want or can afford. 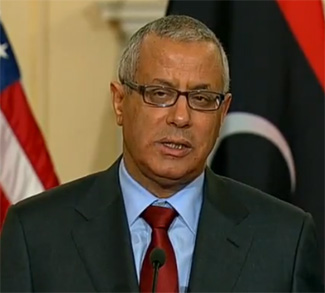