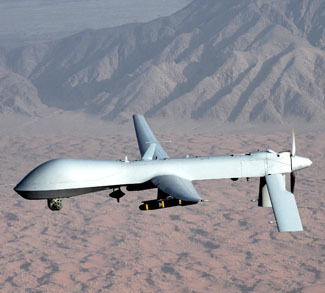 A number of different instruments exist for targeted killing (TK) operations that can be used in counterterrorism (CT) and counterinsurgency (COIN) operations: targeted killings in the form of helicopter attacks; unmanned aerial vehicles (UAVs) or “drones”; targeted bombings; targeted shootings; and Special Forces operations. The sophistication of each of them varies, with each presenting a different and unique role given the context in which it’s applied. The precision of these methods also varies considerably.

Kinetic strikes via UAVs draw the most attention because of the role they play on the tactical and strategic levels of CT and COIN operations. Numerous studies focus on their use against leaders of terrorists groups and insurgencies. This reflects the increasing ability of UAVs to target the regular rank-and-file of terrorist and insurgent groups. Militants are more likely to reveal themselves through the use of technology, which is not the case for higher-ranking leadership.

A still-perplexing aspect of this collection of CT and COIN instruments is the collateral damage rates (if even speculated) associated with each of them: for UAVs, challenging questions about prevision quickly emerge; for Special Forces operations, TK success rates measure very high and with extremely low collateral damage, yet they receive the least attention; for helicopter attacks, the rates are often reversed, yet they receive the majority of attention.

UAVs have received a significant level of treatment in the overall story of TK and have come to define the practice/policy option. This leads us to consider this as a matter of selection. It is precisely this issue that bleeds into another body of challenges about TK, especially within CT and COIN contexts. Special Forces operations (i.e., raids) offer CT and COIN actors the distinctive opportunity to incorporate the security and military forces of states such as Afghanistan and Iraq, so that they can receive valuable tactical training and strategic learning in vital campaigns.

A black box in research concerns the effects/impact of TK and drones operations on civilian populations (which often become involved one way or another in CT and COIN operations, and that should come as no surprise), in terms of radicalization – an idea expressed through David Kilkullen’s Accidental Guerilla. These are side effects of strikes tantamount to collateral damage but effects of which can come about over time – two, five, even ten years later. There is also no guarantee that terrorists or insurgents will play by the rules of the game established through UAV strikes.

There is an uncomfortable tension between the indiscriminate consequences and discriminate intentions on the part of kinetic strike designers.

What we expect is that jihadists will either be killed in UAV strikes or simply renounce their violence. But UAV strikes, rather than dissuading would-be terrorists or killing more than they manufacture, perform contra to their desired outcome. Through a different measurement of unintended effects, UAV campaigns can alter the nature of terrorists in two distinct ways. First, they could simply be displaced. In this sense, they deem the territory in which they operate too dangerous to exist and therefore move to a different location and become involved in a different violent conflict. Second, instead of being jihadists, UAV strikes can pressure terrorists to look to other forms of criminality such as running prostitution rings, human trafficking, or drug smuggling. Thus, some militants are benefiting from intensive and extensive UAV campaigns.

Indirect victims of a drone strike (i.e., an individual who incurs injuries) can become the next jihadi leader. There appears to be no way to avert this kind of unintended consequence of kinetic strikes, despite the very obvious objective and aim of such operations in mitigating terrorism and insurgency in the first place.

A dangerous recourse to the use of UAVs centers on the use of non-weaponized or surveillance UAVs, which by their very basic association, push the stigmatization of drone usage in spite of the (at least superficially) peaceful use but potentially longer-term role as supporters or facilitators of eventual violence. The omnipresence of drones hovering over communities can change them forever. They have a profound effect on the way that people live. This give us a picture of drones always hovering overhead is a similar account of the changes that can result from years of occupation. Thus, UAVs are a sort of occupation. They’re threat assessors and therefore in essence armed to perform a task that would eventually lead to the same result as that of an armed drone.

There is still intense debate over the accuracy of UAV strikes and the level of collateral damage associated with them. Whether kinetic strikes always achieve their intended outcomes or not is still a contentious matter and even more so when attempting to connect tactical operations and their effectiveness with the much broader strategic outcome.

There is an uncomfortable tension between the indiscriminate consequences and discriminate intentions on the part of kinetic strike designers. Soldiers, despite their military status may never become violent actors or they may never see combat. But his or her presence within a military structure or institution implies his or her intentionality. This is the case because the main purpose of such an institution is to harm states. Mark Maxwell stated that, “the status of someone can be targeted” precisely because his or her “function is to perform hostilities.”

His subsequent assertion raises further tension: “the test for status must be the threat posed by the group and the member’s course of conduct which allows that threat to persist.” There are further difficulties to address when considering the impacts on indiscriminate intentions when the threat posed by that group or individual exceeds so-called tolerable levels. Who decides and if the threat perception is not shared among states of the same or different alliances or groups could produce too many negative knock-on effects.

If the idea of “selective violence” implies that several, even numerous, forms of violence lend themselves to states as policy options, it is puzzling why murder is typically the form of violence selected, especially when CT and COIN actors can really profit from capturing leaders and militants. As the challenges for justifying the use of UAVs in kinetic strikes mounts, it is time to look seriously to better applications of this technology. UAVs have an extensive role to play in terms of force protection. They are critical to the protection and welfare of friendly soldiers on the battlefield and particularly in the event of critical injuries.

In Afghanistan UAVs have shown a remarkable ability to assist in tactical operations of military forces on the ground. In Pakistan, reports of kinetic strike success have been both bright and lackluster. In Yemen, they have been proven “effective” in as much as they have resulted in some sort of effect. Yet, that effect is, in and of itself, counterproductive on a strategic level. UAV usage has also been criticized for constraining military options, resulting in a more reductive approach to countering terrorism.

Having produced a record of achievement in support operations, UAVs show a great deal of promise in the surveillance field even despite the view that UAVs loitering directly above create a host of problems. One possible example is their maritime use in military hotbeds such as the South China Sea and elsewhere in the Pacific. Navy drone development (like the X-47B) can fit nicely into a long-term defense program for the US. In fact, the Pentagon has stated its interest in developing armed UAVs that can be launched from carriers by 2019. Notwithstanding the weaponry aspect of this endeavor, long-range UAVs operating at sea could greatly enhance existing US power on land, at sea, and in the air.

Longer striking range, greater visibility, different strike capabilities, and greater flexibility while adjusting to the reality that the United States cannot simply sail into the coastal waters of rising powers as if might have been able to a few decades ago are corollaries of UAV application in this regard. It might not offer the desired precision when it comes to UAVs, but it could provide a positive case for further UAV development (even for drifting away from UAVs as the only means of conducting TK operations), particularly given the pace of UAV development by other states around the world. 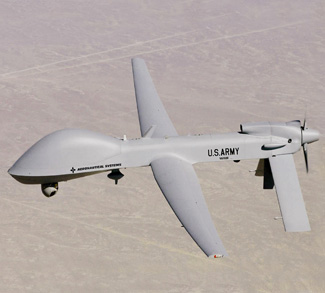