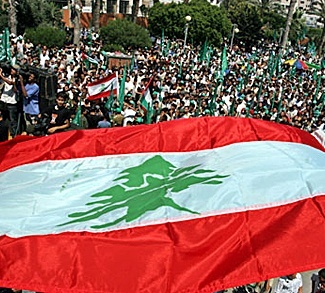 A United Nations’ Special Tribunal trying the assassination of the former Lebanon Prime Minister orders the release of four pro-Syrian Labanese generals held in connection with the investigation.  Hezbollah is poised to move Lebanon towards Syria and against the U.S. and its allies.

The Special Tribunal for Lebanon, an international tribunal established under the auspices of the United Nations to prosecute those responsible for the assassination of former Labanese Prime Minister Rafik Hariri, has ordered the release of all four top-ranking Labanese officials being held in conjunction with the crime, bringing the so-called Cedar Revolution to its twilight.

In February 2005, former Prime Minister Rafik Hariri was assassinated in a car-bombing in Lebanon.  The U.S. and its allies pointed their finger at Syria because Hariri was viewed as antagonistic to Syria’s interests in Lebanon, which challenged the extension of pro-Syrian and then Lebanese President Emile Lahoud’s term in office.  Meanwhile, Syria countered with accusations against Israel’s feared Mossad spy agency for engineering a covert-op aimed at destabilizing Lebanon.

Whether Israel was behind the assassination or not, Israel and the U.S. moved quickly.  At the United Nations, the U.S. was able to use its Security Council position to point accusatory fingers at Syria and pass a resolution to investigate the assassination.  Within Lebanon, Mossad and CIA agents jointly engineered waves of anti-Syrian protestors, dubbed by the West the “Cedar Revolution” after Lebanon’s cedar emblazoned flag, along the lines of CIA-NATO engineered ‘color revolutions’ that successfully toppled independent governments and installed pro-American satellite regimes in their stead.

However, this time, anti-American forces were prepared, with waves of counter-protestors staging anti-American rallies that essentially stalemated the Lebanese political crisis.  The equal turnout of anti-American demonstators (including pro-Hezbollah elements) seems to have surprised the West, and checked the first attempt at implementing the Cedar Revolution.

Nonetheless, American forces on Syria’s eastern flank, in Iraq, proved to be decisive.  It was early in 2005 when the Americans realized that the Iraqi insurgency was deep enough to mitigate against the Bush administration’s ultimate goal: the planned invasion of Iran.  Instead, Rumsfeld and Cheney decided to secure America’s left-flank by taking out Syria – either through toppling the regime internally via the CIA and Mossad, probably coupled with a strategic bombing campaign to destroy the Syrian military, or an outright invasion, supported by the fact that U.S. forces were moved closer to the Syria-Iraq border.

Thus it was that a fevered pitch of U.S. and allied accusations against Syria for harboring anti-American insurgents first hit the American Pentagon-run, corporate media and then spread to the rest of the world.  The message to Syrian President Bashar al-Assad was clear.  And, in fact, Syria took the threat so seriously that Assad took two decisive steps.  First, he appealed to the United Nations for an international UN peacekeeping force to be deployed on the Syria-Iraq border (which was, interestingly, quietly rejected even though such a rejection belies the American accusations against Syria vis-à-vis insurgents using its border with Iraq).  Secondly, he personally ordered all 15,000 troops (not an insignificant contingent) back from Lebanon to protect Syria from the U.S. and its allies.

From Assad’s perspective, he had no choice.  The presence of Syrian troops in Lebanon was enough of a pretext for the U.S. and its allies to launch a war against Syria.  Further, the massive protests and counter-protests following the Hariri assassination re-exposed the fault-lines that had ruptured during Lebanon’s terrible 15-year civil war, fault-lines that the U.S. and Israel would surely exploit to engage Syria on its western flank while NATO attacked/invaded from its eastern flank.  Finally, even if the U.S. and its allies did not invade, the CIA and Mossad were on the verge of triggering another civil war in Lebanon in the hopes of creating a quagmire in which to drown the Syrian occupation forces.

Thus, after the Syrians pulled out, pro-American forces declared victory and the ‘Cedar Revolution’ was acclaimed as victorious.  The pro-U.S. government that came into power submitted to its American sponsors by arresting four pro-Syrian Lebanese generals and then transferring them to the Special Tribunal for Lebanon in the Hague.

But the situation has now changed.  The U.S. is on its way out of Iraq, Syria is no longer under threat of invasion, and Hezbollah’s 2006 victory over Israel has bolstered anti-American sentiment in Lebanon, reversing American gains via the Cedar Revolution.

The dramatic release of the four pro-Syrian Labanese generals is a tacit acceptance by the west of the new dynamic in Lebanon.  With Hezbollah poised to achieve an electoral victory in the upcoming parliamentary elections, the West appears to be trying to eliminate a cause celebre (the plight of the four generals that have been detained by the West for four years without charge) of the anti-American Lebanese citizenry.