Saudi Arabia Comes to the Rescue of the Egyptian Economy 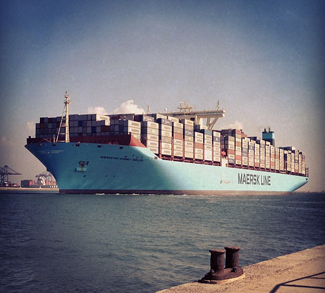 The Arab Spring uprising left Egypt with an assortment of leaders and an uncertain future. After the ousting of President Hosni Mubarak in February 2011, the Egyptian economy fell into a sustained decline. Soon after the Mubarak era ended, Mohamed Morsi began a short-lived reign that ended with his ousting in July 2013.

Saudi Arabia was vital in the military ouster of Mohamed Morsi, and it has been a firm supporter of the new government of Egypt, led by military leader Abdel Fattah El-Sisi.

Since the destabilizing events of the Arab Spring, Egypt has faced major disruptions to the foundation of its economy. Foreign reserves (including gold) fell from $36 billion USD in December 2011 to $14.4 billion USD in July 2012.

In the wake of Egypt’s economic collapse, the government of President El-Sisi has increasingly been supported by Saudi Arabia, the UAE, and Kuwait, all of whom immediately committed $12 billion to Egypt to halt the systemic burn on its foreign reserves and meet its economic obligations. To this day, Saudi Arabia continues to support the Egyptian regime in an effort to prevent further economic and political unrest. At the end of 2015, Saudi Arabia committed an additional $8 billion to Egypt in investment and financial aid over 5 years.

Aid and loans are not the only form of financial support to Egypt; Saudi Arabia and its Gulf neighbors have filled a mounting gap in foreign direct investment (FDI) in Egypt as well. In the June 2014/2015 annual period, Arab countries increased FDI by 52% to $2.3 billion. Net FDI in Egypt reached its highest in 2007 with $11.6 billion, only to plummet to a new FDI outflow of $500 million in 2011. And though Egypt entered an uncertain period in terms of FDI from 2012-2013, the country has since reached near-highs with an expected $8-$10 billion of FDI in the June 2015/2016 annual period. Egypt’s investment minister, Ashraf Salman, expects Egypt’s economy to grow at 5% provided the country receives a minimum of $10 billion in FDI annually.

On April 7, King Salman made a surprising 4-day visit to Egypt and committed additional funds to keep the Egyptian economy afloat. Saudi Arabia announced a fresh round of large investments in Egypt with a focus on infrastructure and energy security. Saudi Arabia has created a $16 billion investment fund that includes the development of the Egyptian Sinai region and the potential to build a connecting bridge between Egypt and Saudi Arabia over the Red Sea (Red Sea bridge is expected to cost $3-$4 billion).

With Saudi Arabia’s aid, loans, and investment packages, comes something important that addresses several of Egypt’s energy security issues: oil. Over the last five years, Egypt has seen growing demand for oil and oil products, but stagnant domestic supply. Egypt has since entered an energy crisis after 2011, forcing the country to import supplies to keep up with rising oil demand.

Saudi Arabia is hoping to narrow Egypt’s oil supply deficit with a $23 billion oil deal over 5 years. The deal will provide Egypt with 400,000 tons of gasoil, 200,000 tons of benzene, and 100,000 of low-quality fuel oil (mazut). Egypt received attractive terms on the deal: the country has been given 15 years to pay the $23 billion, with a 2% annual interest rate. Saudi Arabia’s interest in securing Egypt’s economy, political stability, and energy supply is a way for Saudi Arabia to continue to grow its influence in Egypt through economic means – a more common approach in an ever growing global economy. At the heart of the Egyptian economy is its largest asset, the Suez Canal, which controls a significant share of global waterborne trade.

Around 8% of all world sea trade passes through Egypt’s Suez Canal. By the summer of 2015, Egypt completed a Suez Canal expansion project worth $8.5 billion, made possible by Saudi Arabia’s continued economic support. The project took 12 months to complete and added 72 kilometers of new channels and bypasses that would reduce southbound seaborne transit time from 18 hours to 11 hours. The Suez Canal Company estimates that daily canal traffic will reach 97 ships by 2023, which would more than double it from 2015 levels.

Via continued support in projects such as the Suez Canal expansion, Saudi Arabia gains strategic influence over one of the largest sea passages in the world. Arab Gulf countries are increasing their use of the Canal since 2009, as the Suez Canal is playing a pivotal role in connected the Arab Gulf to the rest of the world.

Much like Iran’s influence over the strategically located Strait of Hormuz, Saudi Arabia will now have a strong influence over the second-largest oil and LNG waterborne passage route in the Middle East & North Africa (MENA) region, and the third-largest passage in the world: the Suez Canal. Over 60% of the world’s oil production moves to market via maritime routes. Iran’s direct control of 30% of the oil and LNG makes the Strait of Hormuz the largest passage point for seaborne oil supplies. But Egypt’s Suez Canal and SUMED pipeline has seen its share of oil and LNG sea trade expand of late since losing much of its market share from 2011-2014.

As the largest oil producer in the MENA region, Saudi Arabia is looking for increased influence over the Suez Canal, which controls the production and passage of the global oil trade. As more Iranian oil production enters the export market, Egypt’s Suez Canal and SUMED pipeline are going to see increased transit volume. Additionally, as Mediterranean gas discoveries are brought to production like Egypt’s supergiant Zohr gas discovery (30 trillion cubic feet in reserves), which is owned and operated by Italy’s Eni SPA (E), more LNG trade is expected southward toward growing Asian markets. Eni’s Zohr gas discovery is on track to produce 1 billion cubic feet per day of gas in 2017, which would increase Egypt’s total gas production by 23%. Egypt expects Eni’s Zohr deposit to reach peak production of 2.5-3 billion cubic feet per day in 2019.
Unlike the traditional effort to gain market share by producing the most oil, larger countries like Saudi Arabia are seeking more influence in oil markets by moving into different parts of the supply chain like production, transportation, and refining. The transportation of oil and other goods are vital to the world economy; extracting oil is one thing, but bringing that oil to market is just as important. Look for Saudi Arabia to continue to assist in stabilizing Egypt economically and politically in exchange for increased influence in Egypt as the Suez Canal continues to play an integral role in global waterborne transportation.

Situation Reports November 23, 2015
Back to Top