Rising to the Challenge of Stagnant US Wages 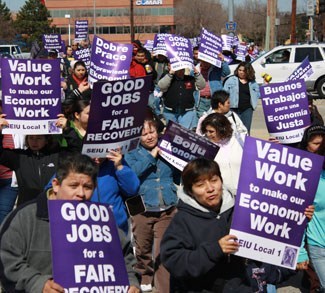 It took five years, but the United States has finally recovered all of the jobs it lost following the 2008 recession. Indeed, the economy has been growing since June 2009; its fifth-longest expansion in history. House prices have jumped sharply and the unemployment rate has tumbled. Yet it hardly feels like boom times for many Americans.

While stock markets reached record highs and large companies amassed tidy profits over the last few years, wage growth has stagnated. And it is not a recent phenomenon: inflation-adjusted median household income peaked in 1999 at $56,080. It is now $51,017. Listless wage growth has become such a norm that manufacturing corporation Caterpillar, despite announcing bumper profits, was able to implement a six-year wage freeze on many of its blue collar workers in 2012.

It seems an anomaly that so many key economic indicators have shown such strength while incomes remained static. In the post-recession years, consumption has grown about 2% annually, well below its 3.5% long-term rate. That doesn’t bode well for an economy that relies on consumption as its growth engine. The gravity of the problem was masked in the pre-crisis years as consumers took advantage of easy credit at the expense of savings. But with many households now drowning in debt, stagnant incomes are poised to become a bigger drag on economic activity.

An improving job market may bring some relief, but not much. The unemployment rate has reached its lowest level since September 2008, but this number is overly flattering. It isn’t so impressive when one considers the fact that the labor force participation rate is at a 35-year low due to an increase in discouraged jobseekers, retirees, college returners, and disability claimants; all categories that are typically boosted when an economy is weak.

But even if more employment opportunities are available, entering the workforce may not be attractive given many jobs provide depressed incomes. The stagnation in wages does not appear to be part of a normal business cycle, as it was evident long before 2008. The causes are more than just credit availability and a short-term drop in demand.

Median household incomes rose steadily between 1970 and 1999, but the pace was considerably slower than the 1950-1970 period. The picture gets even worse when the increased labor participation of women is considered; a trend that took off in the 1980s. The full extent of the problem is evident in the fact that the median male worker earned an inflation-adjusted 8% less per week in 2013 than in 1979.

The Brave New World of Globalization

The forces contributing to wage suppression have been surging for more than two decades and show little sign of abating. Globalization and technology have brought much prosperity to the world economy, narrowing the gap between rich and poor nations. Yet their influence seems to be doing the opposite in America. An interconnected world powered by technological advances means that many labor-intensive jobs have moved to countries with cheaper costs, leaving behind a large supply of lower-skilled workers. It has also provided jobs drive demand for highly-skilled workers, but there isn’t a sufficient supply at home.

The share of US employment in manufacturing has declined precipitously since the 1950s. It housed 30% of the workforce then, but that figure has now dropped to below 10%. The share of services jobs has jumped sharply, but they too are coming under threat from technological advances and alternative markets. As a result, the superior wage gains are going to those who can afford exorbitant college fees. The share of wages going to the top 1% of earners has more than doubled since 1976.

Such a skewed distribution of income isn’t just bad for the average worker; eventually it will impact the economy as a whole. Theory indicates that the marginal propensity to consume decreases as income levels rise, meaning that wealthy people have a greater tendency to save and invest income, thus spending less per dollar earned than do the less well-off. Moreover, the Federal Reserve’s policy of large-scale quantitative easing has allowed asset prices to balloon, benefiting wealthy owners, but providing little comfort to the average American. Growing inequality can generate social instability too, polarizing political ideologies, and limiting the potential for those not born into wealth to join the country’s elite.

Through all this, consumers seem desperate to maintain spending habits, as evidenced by a declining savings rate and sizeable withdrawals from retirement funds (the IRS said about $57 billion was taken out in 2011). But such measures cannot be continued for much longer. Moreover, if the ultra-rich continue to eat into the income pie, corporations that rely on consumer spending will inevitably suffer. Corporate profits have been strong in recent years, but much of these gains have come from cost-cutting measures rather than robust revenue growth. Cutbacks can only go so far. Many corporations will need to boost revenue and sell more to the consumer if they want to maintain their profit margins. Stagnant incomes won’t be much of a help then.

The ability of US multinational companies to readily move operations between countries poses another risk to employment in the United States. In recent years, several corporations, especially high-tech pharmaceutical firms, have sought to relocate their headquarters overseas to take advantage of lower tax rates. A continuation of this trend will lead to the loss of more high-paying jobs and billions in tax revenue. The United States will be forced to change its corporate tax structure to prevent the practice from escalating.

Many argue that the overall benefits brought by technology and globalization to modern lifestyles more than offset declining incomes. It is true that the ability to import goods from anywhere in the world and efficiencies from high-powered machinery instead of back-breaking manual labor have untold benefits to society. Moreover, the cost of home appliances and automobiles has become more affordable in recent decades. But many things have not. College fees have soared and many graduates are fiscally suffocated by their student debt. House prices remain elevated. And the United States remains only a political crisis away from a spike in food and fuel prices.

The second half of this article is members-only. 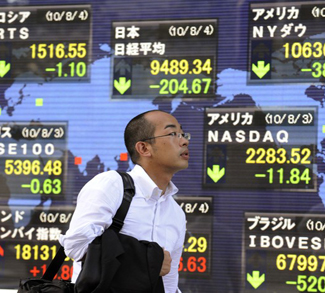 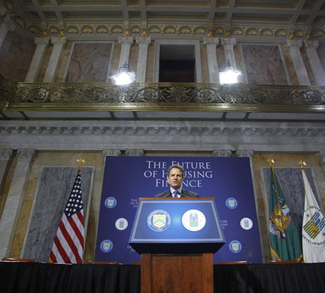