Quantitative Easing and Emerging Markets: A Crisis in the Making? 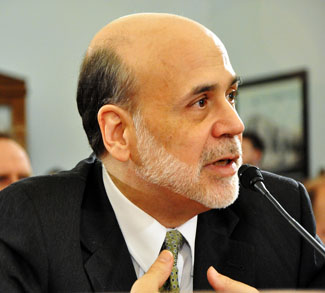 Back in September, governments worldwide were braced for the US Federal Reserve to announce a scaling back of its quantitative easing (QE) program. This “taper,” as it came to be known, would have been the first incremental reduction of Fed purchases of government bonds, marking the beginning of the end of artificially low interest rates and free-flowing easy money.

But as we now know, the Fed’s September meeting left the quantitative easing program fully intact. For outgoing Chairman Ben Bernanke, the signs of US economic recovery were still tenuous and vulnerable to the market upheaval that will inevitably follow a taper; even though some would argue that equity markets had already prepared themselves to absorb the shock of just such an announcement.

Equity markets have hummed along since then, reaching a series of record highs. As for the inevitable taper, it has been put off until a vague and unspecified point in the future when the US economic recovery has become fully entrenched; a time that will now be decided by Janet Yellen, President Obama’s nominee to replace Bernanke.

Yet even though the mid-September meeting turned out to be a non-event, the market forces manifest in its lead up reveal some troubling trends, particularly in terms of emerging markets.

Quantitative easing has kept interest rates low and made US government borrowing cheap, which has had the effect of forcing capital to seek out better returns in US equities and emerging markets. When the program is eventually curtailed, and interest rates begin to rise once again, this capital will then return to the US, pulling out of emerging markets around the world.

A capital flight from emerging markets is predictable given the cause-and-effect dynamic of quantitative easing, but the burning question is one of degree. Will this flight rank as a small market correction, perhaps one that has largely played out already in anticipation of a taper, or will these capital outflows intensify into a crisis that echoes the Asian currency meltdown of 1997-1998?

Thus far, on taper speculation alone, various emerging market currencies have depreciated enough to evoke calls of ‘currency crisis’ and ‘currency war’ from some media outlets. Most of this focus has fallen on what Morgan Stanley has branded the ‘Fragile Five’: Brazil, India, Indonesia, Turkey, and South Africa.

All five of these countries have been experiencing currency disruptions over the past few months. The Brazilian real weakened to a five-year low during the peak of QE taper anticipation in late August, drawing central bank intervention, and it has dropped again in November on concerns over the government’s budget deficit. A similar situation is playing out in India, where tepid economic growth is combining with current account deficits and capital outflows to elicit heavy central bank intervention to shore up the rupee. The plunge of Indonesia’s currency has been more pronounced than in Brazil or India, with an even weaker recovery, as the rupiah has shed over 10 percent of its value against the USD since August. Over the same period, the Turkish lira has gone from hitting an all-time low against the USD (falling 13 percent from January to August 2013) to eking out a fragile recovery on central bank intervention, only to fall again in recent weeks. And then there’s the South African rand, whose valuation chart of the past six months resembles a mountain range with its weekly cycle of boom and bust.

The volatility on display in ‘Fragile Five’ economies in the second half of 2013 is cause for concern, especially since these trends will become more pronounced when the QE taper actually begins. But are fears of a repeat of 1997-1998 warranted?

On the surface, there are a few similarities between the current situation in emerging markets and that which triggered the Asian financial crisis in 1997, mainly in the double-barrelled depreciation pressure of hot money outflows and current account deficits. But there are also important differences in many cases, such as higher foreign reserves, better financial regulatory regimes, and lower interest rates – all of which augur well for a soft landing.

Ultimately, each of the ‘Fragile Five’ countries is facing its own unique set of risks ahead of the QE taper. In the coming weeks, the Geopolticialmonitor will be profiling some of these countries in the hope of identifying which are most economically vulnerable, and where exactly their weaknesses lie. 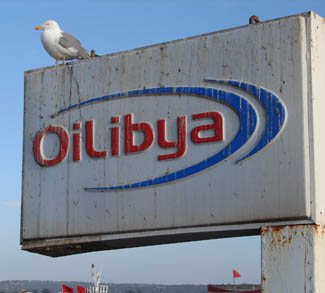