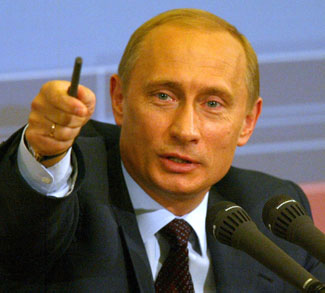 Despite protests over alleged vote-rigging, Vladimir Putin is firmly on track to reclaim the Russian presidency in May. But while Putin is poised to return to the office he vacated in 2008, the country he plans to govern is no longer the same.

Putin triumphs in spite of allegations of fraud

“I promised you we would win. We have won. Glory to Russia,” an emotional Putin told the thousands of supporters who had gathered outside the Kremlin soon after the last ballot had been cast in Russia’s westernmost exclave of Kaliningrad. The Russian prime minister won 63.64 per cent of the votes, while his rivals Communist Gennady Zyuganov (17.18%), business tycoon Mikhail Prokhorov (7.94%), nationalist Vladimir Zhirinovsky (6.22%) and ex-speaker of the Federation Council Sergey Mironov (3.85%) unsurprisingly trailed far behind.

Putin even shed a tear rejoicing in his victory in front of his supporters, but that didn’t stop a number of opposition and independent observers from claiming the elections were rigged – and then vowing to contest the results.

Russia’s independent electoral watchdog ‘Golos’ has compiled data supplied by independent election observers at polling stations across Russia on March 4 to conclude that Putin won ‘only’ 53 percent of the vote. Furthermore, their correspondents registered over 4,000 violations of electoral regulations. Golos and other observers also pointed out incredulous results in the North Caucasus where many polling stations reported a turnout of 100 per cent — with more than 90 per cent of voters casting their ballots for Putin.

The vote was also criticized by international observers dispatched by the Organization for Security and Cooperation in Europe (OSCE) and the Parliamentary Assembly of the Council of Europe. These observers categorized one-third of the polling stations visited as “bad” or “very bad,” albeit they noted they found fewer violations in this presidential election than in the 2011 parliamentary race. Putin admitted on March 6 that there might have been violations during the vote and ordered an investigation into the complaints — but the next day his spokesman said the issue of legitimacy surrounding Putin’s victory is closed.

The multiple rallies held in Russian cities on March 5 protesting the alleged electoral fraud indicate that Putin is starting to – and will continue to – face a real crisis of legitimacy regarding his return to the Kremlin. The problem is more acute in larger Russian cities, with Putin’s electoral result in these districts less than the final 63 per cent, according to a break-up of the poll results in the March 5 issue of the Kommersant. In particular, Putin failed to win even half of the votes in Moscow and Omsk. And while political sentiments in Omsk have only limited impact on Russian politics, the fact that the majority of voters in Moscow oppose Putin is significant, given the role the capital’s population has historically played in political changes in Russia. The wave of protests staged before and after the elections in Moscow, St Petersburg and other cities indicate that substantial parts of the urban population are no longer willing to accept the idea that the man who has been running Russia since 2000 now wants to continue to do so until 2018, if not 2024.

Putin’s electoral victory is also eight per cent lower than his previous winning total in 2004 — and seven per cent below his handpicked successor Dmitry Medvedev’s result in 2008 — indicating that support for him is shrinking as the political awakening of Russia’s urban middle class continues.

Political awakening of urban middle class, but no Arab Spring

The growing frustration of Russia’s middles classes became especially visible late last year when tens of thousands of Russians took to the streets to protest Putin’s decision to seek a return to the Kremlin – and then at the (allegedly rigged) federal parliamentary elections of December 2011. There are a number of factors which indicate that the political awakening of Russia’s urban middle class will continue. Russia has already crossed the gross domestic product (GDP) per capita line of US$10,000. After achieving this level of prosperity, a population is generally expected to begin actively demanding democratization, as a recent study of over 100 countries by Russia’s Renaissance Capital investment bank demonstrates. Over 80 per cent of Russian respondents to opinion polls place themselves somewhere in the middle classes, according to a recent Citibank report, also noting that urban Russians (who account for 74 per cent of the population and are increasingly wealthy) demand better governance. In addition to the growing wealth of Russia’s urban population, demand for democratization in Russia is also facilitated by such factors as high levels of tertiary education and soaring rates of Internet penetration that have made Russians the largest Internet audience in Europe.

Putin has been apprehensive of the middle class’ demands for better governance — but so far has offered only token measures of liberalization that fall short of protesters’ demands for a re-run of the December 2011 parliamentary elections and for a thorough liberalization of the so-called ‘managed democracy’ model that Putin has been building on since 2000. Given that Putin’s key supporters in the business and bureaucratic elites benefit from the status quo, deep reform is not to be expected. That is unless the main groups behind the ongoing protests unify around organize a clear-cut common agenda that not only sustains but also considerably increases pressure on the Kremlin for a protracted period. So far, the initial attempts to unify and strengthen protests through the inclusion of angered political groups from both sides of the political spectrum have not been successful.

But even if the protests continue on the scale seen over the past three months, an Arab Spring-like violent regime change in Russia still remains unlikely. Such a change can succeed only if it is staged in Moscow. While Putin’s popularity has indeed dwindled in the Russian capital, Moscow is unlike Tripoli or Tunis. It has an abundance of economic opportunities and unemployment is considerably below the Russian national average. Other social factors observed during the Arab Spring such as a ‘youth bulge’ and relative poverty hardly apply in Moscow. The average age of Moscow residents is around 40 – among the oldest in the Russian regions –and the average Moscow family owns property worth hundreds of thousands of dollars. And while representatives of the growing middle class are increasingly demanding political liberalization, better governance and an end to corruption, they want these changes to occur in a peaceful manner.

Putin may have to pursue deep reforms

Apart from growing public pressure, it may be the deep and protracted economic crisis which will drive Putin to pursue structural reforms, in the economic and socio-political spheres. Factors that may trigger such a crisis include the Russian economy’s dependence on energy exports (oil accounts for half of Russia’s revenues) and the dominance of inefficient state-controlled giants; rising public expenditures (which jumped ten-fold in 11 years to exceed 20 per cent of GDP in 2012) and international ratings agency Fitch’s readiness to lower Russia’s rating because of the further massive budget expenditures promised by Putin during his campaign. Adding to this are a creeping pension fund deficit (already running at US$40 billion a year), social inequality, and severe regional disparities. Depopulation and labor shortages will not ease Putin’s way either, with Russia forecast to lose 10 million workers by 2025.

If a deep crisis erupts, Putin’s ability to implement profound changes will depend on how rigid his social contract with the poorer sections of society will be — and on how entrenched the bureaucratic and business elites have become. 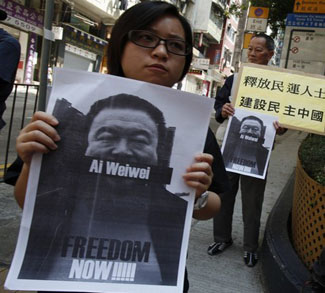 What to Expect from China’s New Leadership 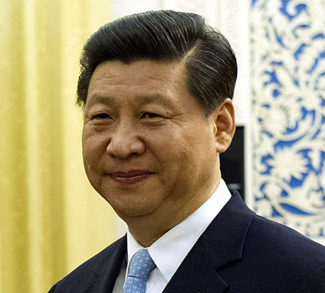