OPINION: The Ones Who Progress Left Behind

Globalization’s chickens are coming home to roost on Wall Street.

There is no faster way to dissect our current sociological climate than to go out and ask as many people as possible what they think about the Occupy movement and what they think it wants to achieve. The answers will surprise. Some of them will follow a predictable socioeconomic track and others will de-rail into hitherto uncharted territory of anger or sympathy. Keep asking and the results will eventually coalesce into two loose groupings- those who have no idea why people are protesting and those who have no idea why everyone isn’t protesting.

This article surmises that what divides these groups is not any combination of ad hoc issues such as corporate bailouts, environmental protection, or the immediate goals of organized labour. What separates them literally and figuratively is the modernist narrative of economic and democratic progress. It is a narrative that a generation of Westerners have been raised on at the very same time that it was paradoxically being made obsolete by the triumph of globalization.

Put the question of whether or not they are better off than their parents to both sides. The detractor is far more likely to answer in the affirmative. Generally speaking, they tend to be more economically secure than their disgruntled counterparts. They have worked hard, gotten a job, and are living the life they were meant to, that they expected to lead. It is their personal success and the human tendency of assuming what is true in one case is infinitely duplicable that fuels the incredulity they feel towards the Occupy movement.

Afterwards, go and ask an Occupy supporter whether or not things are getting better. You will more than likely get a resounding ‘no’ in response, and they may even elaborate further, explaining how it’s not just an immediate economic disadvantage relative to what their parents enjoyed, but a hollowed out and bankrupt welfare state presiding over an increasingly spent natural environment as well. Their answer usually betrays the gap that exists between the theoretical progress they were raised on and the actual austerity that they have to look forward to.

How did it get to this point? Well, if there’s one hollow comfort that the Occupy supporters can hold on to, it’s the powerlessness that national governments have displayed in the face of these economic forces. All the democratic self-congratulation in the world can’t hide the fact that this was a process that seemed very much out of everyone’s hands. As the economic scope has shifted from national to global over the past 30 years, so too did the scope of effective decision-making. Now, every country is irrevocably tied into a global economic system that will continue to shift jobs to the next frontier of cheap labour, savage state welfare policies, and periodically demand a pound of flesh from public coffers if 2008 is to be taken as a sign of things to come.

In this sense, the Occupy supporters are the ones who progress has left behind. Most of the individual issues that motivate them to show up and make their voices heard can be traced back to globalization: corporate bailouts are made necessary by the global banking system, environmental standards and corporate tax rates must be reduced to ensure global competitiveness, and the list goes on. Yet the Occupiers will not want to attack the hydra head on, for globalization is truly the protest that dares not speak its name in the mainstream media. And even if the message were to get out, it would not be well received by certain demographics. To large swathes of the population, a protest against globalization is a protest against all of the wonderful products that you enjoy, though evidently don’t deserve. In short, it is a rallying cry that has little hope of gaining mainstream traction and evoking change.

There are two things to take from the Occupy movement. First, it is fuelled by feelings of powerlessness in the face of real economic, political, and environmental problems. There are lots of people out there who are working hard and getting nowhere; their future is withering on the vine and no political solution is being offered to them. Secondly, these forces are not going away. The ranks of globalization’s malcontents are growing by the day.

If the Occupy movement dies, they will find another way to make their voices heard.

ANALYSIS: The Economics of Happiness 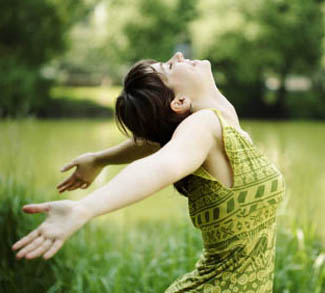