A Brazilian federal court in Porto Alegre has unanimously rejected the appeal of ex-president and current presidential candidate Luis Ignacio Lula da Silva, thus upholding a conviction related to his taking $1.1 million in bribes while in office. Lula’s original sentence of nine and a half years in prison was subsequently increased to 12 years. The court decision may jeopardize Lula’s run for the presidency in late 2018, and in doing so change the landscape of Brazilian politics for years to come.

The anti-laundering probe “Operation Carwash” has caused a series of political uproars by exposing corruption at the highest levels of the Brazilian government. Investigations have resulted in the impeachment of former President Dilma Rousseff, Lula’s chosen successor and fellow Workers Party (PT) leader, as well as corruption allegations against current President Michel Temer. The probe also unveiled illicit dealings between the Brazilian construction company Odebrecht and government officials across Latin America. The exposure of rampant corruption has left many Brazilians disillusioned with the political process, with polls showing up to 32 percent of voters will not vote for any candidate in upcoming elections in October of this year. 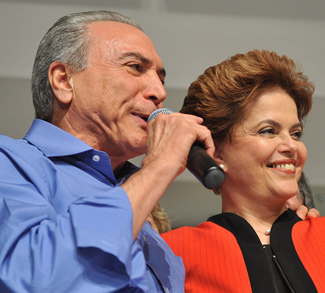