It’s been more than a year since the constitutional crisis that enveloped the Republic of the Gambia, when former president Yahya Jammeh lost re-election, defeated at the hands of reformist politician Adam Barrow, and subsequently refused to step down. The week-long drama ended with an armed military intervention on the part of regional African nations, and the eventual elevation of Barrow to his rightful place as president.

So, as we continue into the new president’s second year in office, perhaps it’s time to look back upon the aftereffects of the theatrics from last spring and attempt to understand the post-Jammeh Gambia that Barrow is attempting to foster.

To say or imply in any way that the triumph of democracy in this former Commonwealth nation was inevitable would represent a gross misunderstanding of the nature of democracy itself in Africa. Time and time again, self-rule and individualism have been shrugged off as unrealistic expectations on a continent where the main pathway to power is often conquest. It took South Africa over 50 years to rid itself of apartheid, and when General Idi Amin took power in Uganda, killing hundreds of thousands in the 1970s, the African community stood aside. Foreign policy as a genuine commitment to some uniting principle for African nations is a rarity, and this is why the Gambia intervention appears to be a positive sign of changing attitudes.

When Jammeh refused to cede power after originally acknowledging his electoral defeat, it seemed like the confirmation of what everyone already knew, that he was essentially a dictator. Lack of press freedom, human rights abuses, and rampant corruption were only a few of the plagues upon the Gambian house, and the election only served as a reminder of their continuing presence. But when The Economic Community of West African States (ECOWAS) announced it would lead a military coalition into the country to ensure the peaceful transition of power to the victor, many failed to realize the significance of the move. No, this wasn’t a Western-backed front for international interests, or a meaningless United Nations ploy, this was a very real response to a very real problem that a 100% African alliance was going to deal with.

The incursion only saw fighting between Jammeh loyalists and the ECOWAS coalition in a few small villages, but with the help of the Nigerian navy and air force, as well as ground troops provided mainly by Ghana and Senegal, Jammeh saw the writing on the wall and fled the country, marking the end of the conflict.

But the real fight was just beginning.

The tiny African nation, situated strategically upon the banks of the Gambia river, has regularly been ignored by the international press since the conflict, even as the country continues to heal itself from the previous administration’s dangerous policies. While the armed conflict and political strife might be over, the rebuilding of a recently liberated country from the chains of nepotism and corruption are just as important, if not more so, and certainly deserve the same amount of attention.

The recent elections in the country, although plagued by low voter turnout, were indeed free and fair. They resulted in a victory for Barrow’s party at the local levels, unsurprising given the extreme gains his party made in the parliament in April of last year.

Barrow has been making good on his reform pledges and changing the country in a profound way. “President Barrow’s first 100 days have included some momentous steps forward for human rights in Gambia, but there remains a huge amount to do in order to make a decisive break with the country’s brutal past,” said Alioune Tine, Amnesty International’s West and Central Africa Regional Director, back in 2017.

One of Barrow’s first major reforms was to adjust the nation’s security standards and operations to respect international human rights regulations, and to push through systemic changes to speed up operations. The young president also abolished the death penalty, and made strides in modernizing the economy toward a more efficient model. His more humbled style of leadership, and his plain-spoken manner have helped endear him to the people, especially when contrasted to his predecessor’s haughty sense of self-worth. Barrow’s nickname is literally, “no drama Adama.”

While Barrow is still making his way through the system, and will assuredly face difficulties in his quest to change a nation that has grown accustomed to the violation of basic human rights and liberties, he has been making a positive effort in the region, unlike any seen in a long time. So the lessons we can learn from this abrupt change of events in the Gambia are clear: Barrow is sincere, change is coming, and don’t underestimate the yearn for democracy. 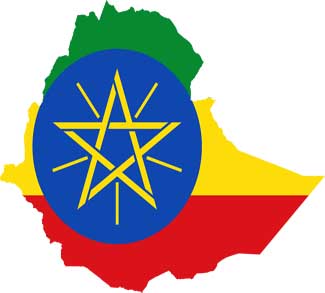