Rising tensions between Israel, Hamas and Hezbollah have prompted both diplomatic support for and condemnation against Israel’s isolation of Gaza, expansion in the West Bank, and possible plans for a large-scale military operation. Israeli military strength and Western diplomatic support give Israel a free hand to pursue its strategic interests and take on its enemies.

UN Secretary General Ban Ki-Moon’s recent call for Israel to stop its expansion into Palestinian territory and comply with international law is indicative of a renewed International push against Israeli action in the West Bank and Gaza Strip.

Despite such criticism the United States and other Western countries have maintained their support for Israel. German chancellor Angela Merkel’s reflected this sentiment while visiting Jerusalem by asserting that Germany will always be Israel’s ‘true friend and partner’.

Tensions have risen in the region recently due to the Israeli border blockade against the Gaza Strip, continued expansion into the West Bank and the recent assassination of Hezbollah leader Imad Mughniyah.

Hezbollah has, at least rhetorically, declared war against Israel and Gazan militants continue to shoot rockets. Israel has threatened to invade Lebanon and, controversially, bring a ‘holocaust’ on the people of Gaza if the groups continue their military opposition to Israeli occupation.

Talk of an impending large scale Israeli military operation and policy of targeted assassinations is widespread, suggesting that Israel may follow through on its threats.

At the same time Palestinian displacement is common and living conditions in the Palestinian occupied territory is deteriorating. 2004 data from the United Nations Relief and Work Agency found that approximately half of the estimated 8 Million Palestinians worldwide are refugees.

Israel has occupied Palestinian territory since it defeated its Arab neighbors in the 1967 Six day War. Since then Israel has been slowly encroaching on what was Palestinian land, tearing down Palestinian homes and building new settlements. Critics condemn the incursion, citing Article 49 of the 4th Geneva Convention, which states that an “occupying power shall not deport or transfer parts of its own civilian population into the territory it occupies.”

The UN partition plan of 1948 has also largely been ignored. Numerous Israeli settlements now exist in the area allocated to the Palestinians while Israel has increased its territory. 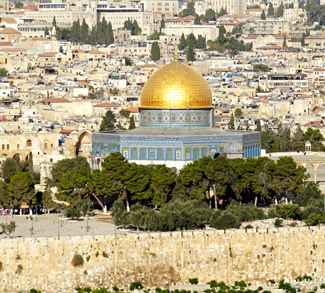 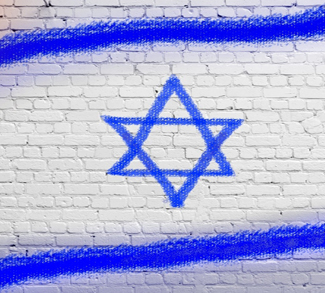