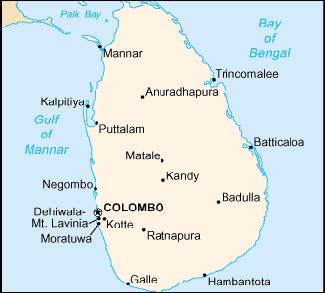 Sri Lanka, which abuts India, is the latest country to face the emerging threat of the Islamic State. The United States Government in its latest report on terrorism entitled “Country Reports on Terrorism, 2015” states that “the security services focus on a possible LTTE resurgence affected the government’s attention to emerging threats, such as reports of Sri Lankan foreign terrorist fighters joining the Islamic State of Iraq and the Levant (ISIL). This US State department report confirms earlier reports of Sri Lankans joining the Islamic State in Syria as well Sri Lanka being used as a transit country for foreign fighters from other countries such as Maldivians to travel to Syria.

In November 2015, the Islamic State, in its English mouthpiece Dabiq, revealed the identity of the first Sri Lankan national killed in Syria, fighting for the Islamic State. The Dabiq issue, entitled “Just Terror,” claimed that Mohamed Muhsin Sharfaz Nilam, a Sri Lankan national also known by his nom de guerre Abu Shurayh al-Silani was killed between May and July 2015 in Raqqa in an air strike. The eulogy for Sharfaz Nilamin Dabiqonly confirms reports in mainstream Lankan papers which appeared in July 26, announcing the death of Nilam by another Sri Lankan, Thauqeer Ahmed Thajudeen. According to the US State department, Thajudeen, known by his nom de guerre Abu Dhujana Silani, is the brother in-law of Nilam and is still believed to be fighting for the Islamic State in Syria.

According to the Dabiq article, Sharfaz Nilam travelled to Syria along with 16 others including his parents, wife and his six children. Nilam completed his education in Shari’a law at Pakistan’s International Islamic University. Conversant in Urdu and in martial arts, Nilam was working as visiting Urdu teacher in Colombo University till 2012 before going on to become the principal of a school in Kandy, working till 2014 before his departure to Syria with his entourage. However, there is no information as far as Thauqeer Ahmed Thajudeen is concerned.

Nilam and Thajudeen are a few among the many who have been radicalized at a time when the Muslim community in Sri Lanka is going through an identity crisis. This crisis is a result of raging conflicts; first, between Sri Lanka’s Islamic minority against the Buddhist and the Tamil majority and the second, more importantly, conflicts within the Islamic community in Sri Lanka among its various sub-groups

Over the past few years from 2012, hard line Sinhala groups such as the Bodu Bala Sena (BBS) meaning “Buddhist Power Force” have been highly vocal in its opposition against the Muslim community. According to the Institute for Peace and Conflict Studies, India, BBS in 2013 opposed the Halal certification of foods followed by the Muslim community which was later withdrawn by All Ceylon Jamiyyatthul Ulama. BBS again created a controversy by opposing the Muslim dress code “abaya.” BBS has an inherent hatred against the Muslim community so much so that it has been advocating a complete boycott of Muslim owned institutions and shops. These anti-Muslim activities actually culminated into an anti-Muslim violence perpetrated by BBS in the Aluthgama and Beruwela police divisions of Kalutara district in the Western Province of Sri Lanka. In the ensuing violence, 3 Muslims lost their lives and scores of houses, shops belonging to the Muslim community were gutted. This communal pogrom took place in June 2014 during a protest rally, organized by BBS in Aluthgama to condemn an earlier verbal altercation between some Muslim youngsters and a Buddhist monk. This communal violence was not an isolated incident but one in many anti-Muslim riots perpetrated by right wing groups since 1915 when the first communal riots broke out in Kandy between hardline Sinhala Buddhists and Muslims who speak both Sinhala and Tamil.

This anti-Muslim narrative practiced by the Sinhala majority fringe and alienation of the Muslim community within the linguistics minority group, pushed the Muslim community further towards becoming self-alienated, in turn attempting to breed and preserve their own independent identity. This process, not only led to the gradual delineation of the Muslim identity in Sri Lanka with that of other communities, but also led to an internal struggle among various Muslim groups vying to control the stakes in Sri Lanka.

Within the Muslim community, deep schisms among various sub-groups have also created a perfect ecosystem for radicalization of youngsters. According to a recent study commissioned by the International Centre for Ethnic Studies in Sri Lanka, entitled “Fracturing Community – Intra-group relations among the Muslims of Sri Lanka,” factionalism among the Muslims is driven by both material gains as well as the desire to protect their own version of Islam. According to the study, traditional Islamist movements like Sufism are in direct conflict with reformist movements like Jamaat e Islami and Thablighi Jamaat. In Sri Lanka, it appears that Pakistan based Jamaat e Islami and India based Thablighi Jamaat, have toned down their ideology for formation of hard line Islamic State and have focused on local issues while preaching purification of Islamic practices. However, this conflict soon aggravated when Saudi Arabia based movements like the Thawheed Jamaat jumped into the fray. Thawheed Jamaat preached Wahabism, a more radical form of Islam propagated by Abdul Wahab which in turn created a conflict between two primary schools of thought – Wahabism and Sufism in Sri Lanka. Though the ICES study concludes from interviews with interlocutors of various groups like Thawheed, Thablighi, and Sufi, that there are no Islamic jihadist groups operating in Sri Lanka at this moment, it does concede that “while there is talk among discontented youth about espousing jihadi practices, these are just idle youth responding to the global trend in Islam, but with no motivation or the means to make this a reality.”

Given this backdrop, it is highly likely that the ideology of the Islamic State could appeal to radicalized and could fill this void, using the conflict between Wahabism and Sufism within Sri Lanka’s Muslim community. Nilam and Thajudeen are some of the early starters who have been nourished by such conflicts. Such a scenario is not only a threat to Sri Lanka but also to India. India and Sri Lanka enjoy close cultural, social, political and people to people relations. Given this closeness and its physical proximity, radicalization and ingress of Islamic State in Sri Lanka could pose serious threat to India.

Sri Lanka in the past has already been used for anti-India activities. Sri Lankans such as Zakir Hussein and Arun Selvarajan are presently facing imprisonment in India for acting as espionage agents at the behest of Pakistani intelligence officers based in Colombo. Additionally and more granularly, given India’s close geographical proximity, Sri Lanka is being used as the most preferred transit point for drugs, gold and counterfeit currencies to be smuggled into India.

Given the gradual but steady growth of radicalization in Sri Lanka and more importantly the emergence of the Islamic State in Sri Lanka, this could pose a serious threat to the security of Sri Lanka as well as to the regional security, especially India’s. And as rightfully pointed out in the US State department report, the Sri Lankan government has remained quite oblivious to Islamic fundamentalism and more importantly to the emergence of Islamic State in Sri Lanka.

Continued marginalization of the Muslim community in Sri Lanka has produced a conducive environment for extremist elements to breed. These extremist elements could exploit the fault lines within the Muslim community and use the situation akin to how the Rohingya crisis in Myanmar was used to foment and create extremist groups elsewhere in the region. This situation could ideally present the jihadist groups such as the Islamic State with a window of opportunity to plant their foot print in the Sri Lankan soil. 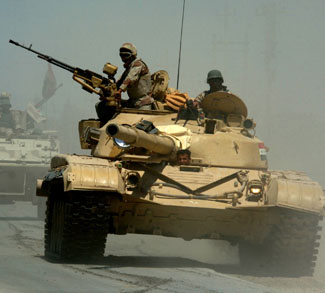