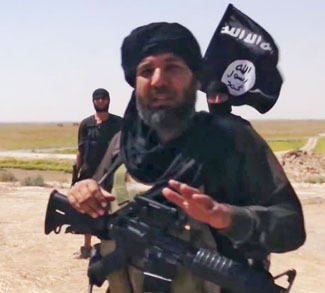 A good starting point for finding an answer is to establish what constitutes a state. For this, many would invoke the 1933 Montevideo Convention on the Rights and Duties of States, a treaty that sought to define statehood and map out its responsibilities in the modern era. The convention lists four criteria for statehood: a defined territory, a government, a population, and the capacity to enter into relations with other states. Once a political entity fulfills these requirements, it is by definition a state.

The first three preconditions are easy enough to spot. Yet territory, government, people, and the inevitable military forces that arise from therein sets the bar for statehood rather low, bestowing the status on everything from Islamic State to the Donetsk People’s Republic to Kurdish Syria. It is the final criterion – the most subjective one – that places statehood out of their reach: “The capacity to enter into relations with other states.” This clause, depending on how it is interpreted, means that a state has to be recognized as such by other states before it achieves statehood. It casts the international system as an exclusive club, one whose members can refuse entry to an upstart on political grounds.

The Montevideo definition isn’t perfect, but it captures a key aspect of modern statehood: it’s not just a checklist of tangibles that makes a state, there is also an important element of outside validation at work.

So right away we can see that Islamic State is disqualified from formal statehood. There are no Islamic State embassies, and no leader would dare validate a feudal terrorist organization with official recognition. Yet the debate should not end there. Take the Republic of China (ROC) for example, an unrecognized state with a population, territory, and government (or the state that dares not speak its name). Just because the ROC’s statehood goes unrecognized by most of international society doesn’t mean there aren’t 23 million people living on an island chain off the eastern coast of China, contributing to an economy the size of Nigeria, serving in a modern navy, air force, and army – all of these geopolitical tangibles exist and should be accounted for by policy planners, questions of theory and recognition aside.

The Islamic State sees itself as a state, has adopted a state-building strategy, and at least for now exerts an influence in its immediate region commiserate to that of a state. It doesn’t matter if we close our eyes and pretend it’s not a state – when we open them ISIS will still be there, consolidating its territorial hold and the long-term threat that it poses to international security.

To escape from the theoretical tail-chasing of academic dogmatism, we can just say that ISIS is a revolutionary proto-state. Revolutionary because it does not accept the established international order (explicitly so in its quest to overturn the Sykes-Picot borders), and proto because it is malformed and imperfect, even in an objective sense – the borders of the Islamic State are not fixed, and still ebb and flow with the tide of the conflicts in Syria and Iraq.

From the very beginning, Al Qaeda in Iraq – the terrorist group that would become today’s Islamic State – fought with the goal of establishing a permanent territorial foothold. Its brutal governing style failed to gain traction early on, and the Anbar Awakening put an end to this experiment in terrorist rule in 2007-2008, perhaps forever had the Syrian civil war never broken out. The fight against the Assad regime afforded another chance to the terrorist group. In 2013 it established a foothold far away from the front, in the rural hinterlands around Raqqa. It did not trouble itself with the fight against Assad, and instead opted to build a “state within a state” in an area where Damascus’ grip had never been particularly strong to begin with. Local tribes cooperated (some would later regret the decision and rebel to disastrous effect), the region swelled with refugees fleeing the conflict to the southwest, and Islamic State began to mete out its brutal interpretation of Islamic law. The first part of the “Caliphate” had been established. In June of 2014, its borders expanded with the fall of Mosul, and they have expanded further still in both Iraq and Syria since then.

This policy of “remaining and expanding,” or ISIS’ focus on governing over a fixed territory, has allowed the group to operate in ways that continue to thwart policy experts the world over. The state-building focus allows ISIS to view itself as novel in the world of jihad, as ISIS’ second-in-command once admonished Al-Qaeda’s Zawahiri: “You are an organization; we are a state. So you need to pledge allegiance to us.”

Islamic State’s territorial footprint, and the way it seeks to govern that territory, is what poses such a unique challenge. Economically ISIS is self-sufficient and no longer dependent on sympathetic donors from Gulf countries (though the donations are still rolling in). One of the main benefits of a territorial foothold is it allows the group to draw on consistent, reliable revenue. Islamic State’s control of oil refineries and its oil sales on the black market are well-known (ISIS is even willing to sell oil to its purported enemy in the Assad regime). The group also engages in criminal activities in areas under its control: looting antiquities, extortion, kidnapping, robbery, and expropriation from non-Muslim minorities. Then there’s the “taxes” it levies on the population. These can be slapped on anything from roads to mobile phones to, again, non-Muslim minorities, who are forced to pay the jizya, an ancient tax on non-believers in the Muslim world. Taken together, these revenue streams are formidable and by some estimates the Islamic State currently has around $2 billion USD to work with.

ISIS’ state-like qualities have also been fundamental to how the group approaches its propaganda, which in turn has contributed to the unprecedented swell of foreign fighters willing to join ISIS. The group’s sleek, highly produced YouTube clips tend to focus on the imagined, idyllic, and pure state of Islamic being that is unfolding in the occupied territories. One video will show how the group is embarking in local development projects, and another will show off a new old age home that has recently been opened. These video’s play into ISIS’ wider recruitment goals, not just in terms of soldiers but doctors, engineers, and other technocrats. The videos attempt to humanize and soften the group’s bloody writ with one goal in mind: attracting the foreign expertise that can facilitate the administration, services, and construction generally associated with a functioning state. This goal is important enough to have merited specific mention in al-Baghdadi’s speech in Mosul at the founding of the “Caliphate,” where he called on doctors and other experts from around the world to come and help build a new society.

If any doubts remain over the farsighted, state-centric goals of the ISIS leadership, the way the group approaches education should put them to rest. Islamic State has set up its own education system in occupied territories, and has enforced compliance from teachers and other staff under threat of violence. Children are targeted by the new curriculum, which seeks to create a new, ‘pure’ cohort of religious zealots who were reared by the Islamic State (you may have seen a particularly inflammatory recent video with kids as young as five-years-old waving Kalashnikovs and pledging allegiance to the Caliph). This kind of brainwashing of the youth is nothing new, and it stands as a deeply troubling historical echo of the twelve-year-old guards of Angkor that were encouraged to kill parents and neighbors by the Maoist Khmer Rouge in Cambodia.

A long-run view is present in the military and political spheres as well. There is a complex governance behind the Islamic State, one with almost cabinet-level committees for military operations, media, finance, and prisoners. There’s an almost federated structure whereby Iraq and Syria are governed separately. Military commands are spread apart and compartmentalized as well, with local commanders given authority to make their own decisions in a pinch. Syria alone is said to have six different armies, one for each of the ‘states’ of Islamic State. These command and governance structures are being blown up and reconstituted with every US coalition airstrike, but again, the intention is clear: Islamic State is doing everything it can to establish state-like modes of governance.

We don’t want a terrorist entity as violent and feudal as Islamic State to be a state, that’s understandable, and as long as that one subjective roadblock remains in place – engaging in international affairs – ISIS will never be granted official statedom. But that doesn’t mean we should discount its status as a proto state, especially when we do so at our own peril for understanding events in the Middle East and crafting an appropriate foreign policy response.

There is an external validation far more important than the stamp-of-approval from the international club of states: geopolitics, or the regional circumstances contributing to Islamic State’s growth as a proto-state. The two key circumstances right now are the civil war in Syria, and the failure of Baghdad to evolve an inclusive mode of government and bring Sunnis back into the political process. Another in the near future could be the coming crescendo in the Saudi-Iranian regional rivalry, a competition in which Islamic State is well positioned to play a part so far as Saudi planners are concerned. That the coalition air campaign has proved tactically impotent so far is a testament to the strategic weight of these circumstances; the regional dynamic must change, the vacuums must be sealed, and Sunnis and Shiites must opt into inclusive political systems before the gains made by Islamic State can start being rolled back for good. But until this happens, ISIS will continue its policy of state-building, and the longer it is left alone to its efforts, the harder it will be defeat the well-organized, armed, and indoctrinated fighting force that results.

Situation Reports December 31, 2015
Back to Top