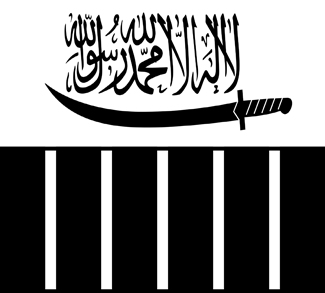 The rivalry between Islamic State and Al Qaeda is a well-known fact. Several times in the recent past, Islamic State has openly criticised Al Qaeda and its chief Ayman Al Zawahiri. However, for the first time Islamic State has been openly critical of Pakistan-sponsored terrorist groups such as Lashkar-e-Taiba which operate against the Indian state. The head of the Khorasan unit of the Islamic State, Hafiz Sayed Khan based in Afghanistan has stated in an interview published in the latest issue of the Dabiq:

The apostate factions and agents of the tawāghīt of “Pakistan” such as Lashkar-e-Taiba, do not have control over any territory in the regions of Kashmir, because they proceed in accordance with the orders of the Pakistani intelligence, as they are the ones who direct their work, pushing them forward when they wish and pulling them back when they wish.

Interestingly, this is not the first time terrorists groups focused in India and Afghanistan have found themselves to be pitted against each other. During mid-2000s, Al Qaeda and Lashkar-e-Taiba were intentionally kept detached, courtesy of the Pakistan’s Inter-Services Intelligence (ISI). Pakistan’s ISI has always been apprehensive about the relationship between jihadi groups focused on Kashmir and Afghanistan. This is possibly due to fear that groups focused on Kashmir could lose focus and veer towards Afghanistan. This is a nightmarish scenario for the ISI as they would be left without a terrorist group to leverage against India.  Incidentally, this mindset has driven the ISI to thwart any attempts to integrate the operations of jihadi groups operating in the region as a whole. This theory has been validated time and again by various operatives of terrorist groups which operate against Indian interests at Pakistan’s behest.

David Coleman Headley, one of the key accused in the 2008 Mumbai terror attacks, has highlighted the rift between Al Qaeda and Lashkar-e-Taiba in his interrogation report. According to him, during the mid-2000s, a debate had begun among various jihadi outfits in Pakistan over whether to focus on Afghanistan or Kashmir. Among the jihadi groups, Lashkar-e-Taiba is seen more inclined towards jihad in India, ignoring other regions like Afghanistan, Europe, etc. This led to a clash of ideologies between Pakistan-backed Lashkar-e-Taiba and groups like Taliban and Al Qaeda. For instance, Headley was tasked to conduct the reconnaissance of Jyllands-Posten in Denmark in 2009. This attack was to be engineered by a special unit of Al Qaeda led by a person named Abdul Rehman. However, when Headley briefed his handlers in Lashkar-e-Taiba about this, they showed little interest, with some handlers in Lashkar-e-Taiba even warning Headley to stay away from Al Qaeda.

Similarly, interrogation of Indian Mujahideen operatives have revealed interesting facts about this rivalry. Some of the senior Indian Mujahideen operatives have been warned by Pakistan’s ISI. One notable case is the founder Riyaz Bhatkal, when he had attempted to travel to Pakistan’s Khyber-Pakhtunkhwa tribal belts along the Afghan-Pakistan border to establish contact with Al-Qaeda and the Taliban, an incident that was highlighted by Geopoliticalmonitor.com in 2014.

These extreme positions created a war of ideologies between various jihadi groups, with some groups like Lashkar-e-Taiba taking a pro-Pakistan tilt and others against it. This also resulted in vertical splits among various jihadi groups operating in Pakistan, each with their own agendas. For instance, Indian Mujahideen split into two factions recently, one faction aligned with Al Qaeda and another aligned with the Islamic State led by Shafi Armar. This division has deprived the Pakistanis of an asset, which they had often used against Indian interests, thus, leaving Pakistan with Lashkar-e-Taiba alone to focus on India at present.

On the other hand, Islamic State has been highly critical of Pakistan’s duplicity with respect to Kashmir, stating that Pakistan has used the Kashmir struggle for its own interests and has left the Kashmiri people in the lurch. As a result, Islamic State has claimed that Kashmiris and members of other groups have joined the Khorasan unit of the Islamic State. There are already ominous signs of Islamic State patronage in Kashmir as Islamic State flags are waved during protests routinely after Friday prayers. Islamic State has even indicated its plans for expansion into Kashmir in India in the abovementioned Dabiq article, which stated:

“There are specific arrangements in those regions and the Muslims will soon hear pleasant news about the Khilāfah’s expansion to those lands, inshā’allāh.”

However, this grand expansion plan of the Islamic State has not been received well by Pakistan-backed separatist leaders within Kashmir. Mr.Geelani, the Chairman of the All Party Hurriyat Conference backed by Pakistan, which has been fighting for the separate state of Kashmir, has dismissed these claims stating that the Islamic State has no presence or role to play in Kashmir.

These simmering rivalries will understandably lead to more defections and splinters among the groups in question. These divisions are going to shape groups with a small coterie who would not only attempt to match its parent unit in the violence levels but also outdo other groups in order to appeal to its patrons. All of these are bound to result in incremental violence in Kashmir.

Islamic State’s Dabiq statement has not only brought out its discontent against Lashkar-e-Taiba but also against Pakistan and Pakistan’s ISI. As a result, Pakistan has become the latest target of an Islamic State attack in Afghanistan. A Pakistani consulate was attacked by three attackers in Jalalabad, the capital of the volatile Nangarhar province, bordering Pakistan in Afghanistan, resulting in the death of seven security personnel. Khorasan Province of the Islamic State claimed responsibility for this attack in the latest issue of Dabiq. If confirmed, this would be the first ever instance of an attack on a Pakistani target conducted by the Islamic State.

To vitiate the atmosphere further, Al Qaeda has also joined the bandwagon by establishing Al Qaeda on the India Subcontinent (AQIS), leading to a three way fight among the groups in India which espouse extremist Islamist ideology. Indian security planners are in an unenviable position, given the concomitant threat of the Islamic State, AQIS, and Lashkar-e-Taiba, all vying for their place in India, threatening India’s security. On one end of the spectrum, we have Pakistan backed Lashkar-e-Taiba pitted against others such as AQIS and the Islamic State, which have surprisingly found conflation in criticizing Pakistan, yet opposing each other fiercely.

Pakistan, India, and the Secret War for Afghanistan 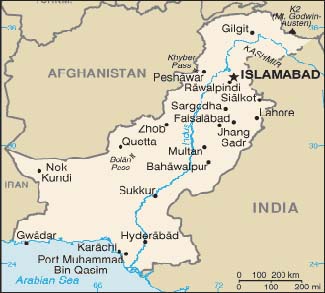 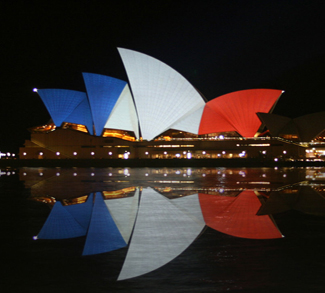 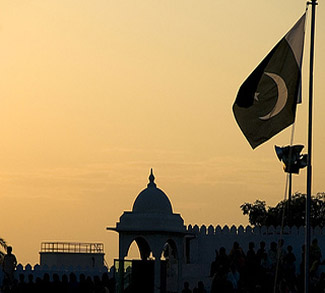