In Search of a Resolution to the Syrian War, Refugee Crisis 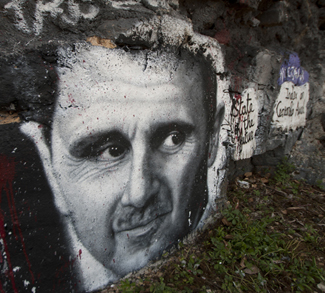 One of the main migration routes is to head for Turkey, then to Greece in order to proceed towards the Balkans and Italy, and finally branch into France and then the United Kingdom. Another route sees passage via Romania, Hungary, and Austria, with the final destination of Germany. This route has drawn a lot of attention over the past few weeks as the number of migrants opting for it has dramatically increased. Note that the Syrian refugees are very different from the African migrants, whose routes begin in West Africa and the Horn of Africa, converging in Libya, where human traffickers and criminal organizations force them to ‘board’ the infamous ‘boats’ and cross the Mediterranean powered by fortune and prayer in order to land in Italy or Malta. There are also less popular – more controlled – routes that run through Algeria-Morocco-Spain.

As if to emphasize the fact that the various Middle Eastern adventures of the ‘Bush of Arabia’ years, from Afghanistan to Iraq and the War on Terror in general, have all failed miserably, arriving with the Syrians are also migrants from Afghanistan and Pakistan. They tend to use one of the many “routes” created by heroin traffickers to ship their product from Afghanistan to northern Europe and the Russian Federation. The coincidence is not surprising given that the smuggling of migrants is controlled by organized crime. We talk a lot about Greece, but the real buffer state between the countries of origin and Fortress Europe is Turkey. There are two routes used by migrants to reach Turkey: the Middle East from Iran, Iraq, Syria, and Afghanistan, and the Indian subcontinent (India, Pakistan and Bangladesh).

Migration is a phenomenon unsurpassed, man has always moved in search of a better life. The problem has much more to do with the racketeers who run the operations and the millions of dollars or euros that they extract from migrants. Despite a wall worthy of the Great Wall of China, Mexicans continue to enter the United States. Regardless of thousands of deaths and a significant risk that the next raft that spills will be their own, migrants are still crowded into the camps on the African coast. As with drugs, where no matter how many tons are seized, enough substance manages to reach markets in the West, so too are migrants an unstoppable tide. Walls will not stop the problem. And even if the sea offers a lethal barrier, anyone who believes they face certain death at home will take the risk of drowning at sea to survive and possibly live a better life. And as the only way to stop the drug trade that enriches criminal organizations is legalization, even for migrants the world would be better off legalizing the migration process in order to leave the slave traders of the 21st century empty-handed.

There are three options available to solve or at least stem the Syrian civil war: a military solution, humanitarian aid, or a diplomatic compromise. On each of these fronts, the international community has achieved poor results at best. There are understandable hesitations, strategic rivalries and unwillingness to take on financial commitment, making it impossible to pursue potential solutions. As for the military route, proposed by several Conservative political leaders, masking as armchair generals, air raids are clearly insufficient yet no government wants to send ground troops. Then again, to be successful ground troops would meet along with Islamic State hundreds of different military groups in Syria alone including four major players: government troops still loyal to Bashar al-Assad, Islamic State, the Islamic coalition “Army of Conquest,” and the Liberation Army. Because the West does not want to send soldiers to end the civil war, the idea of using those from neighboring countries is often floated. Jordan’s King Abdullah has repeatedly suggested the idea, echoed by the Saudis, but beyond these statements there have been no concrete efforts. The only regional power with troops in Syria is Iran to support its ally Assad. But that does nothing but prolong the war. Russia recently hinted it has had its own troops on the ground also to support Assad.

A diplomatic solution, supported by Russia and Iran, would see the formation of a transitional government. The Russians have also persuaded Assad to ‘converge’ on this solution. But the patrons of the various rebel groups: the United States, Europe, Saudi Arabia, Qatar and Turkey, disagree with Russia and Iran over the role and fate of Bashar al-Assad. Moscow and Tehran insist he should stay in power, all the others demand he step down. This explains why Russia and Iran are at the moment the only protagonists in diplomatic efforts according to Joseph Bahout of the Carnegie Foundation, noting, however, that attempts to obtain acceptance in Ankara, Riyadh, Washington and Brussels of any survival or extension of the regime “are doomed to failure” because “now Syria no longer exists,” with half of the territory under Islamic State’s control. This highlights the differences between regional powers: Tehran wants to ensure its hegemony from Baghdad to Beirut via Damascus, and Riyadh wants to break its perceived Shiite enemies’ strategy. Iran wants to maintain its pivotal role in the region in return for having surrendered its nuclear program to intense international scrutiny. Tragically, even if the Saudis and the Iranians could agree on a diplomatic solution that would see Assad remain in power – at least until a timetable for a transition to democracy is concluded, there is the issue of gaining ground back from Islamic State and various other armed groups fighting each other. These lingering questions hinder any possible agreement and make it difficult for the weapons in Syria to become silent.

The failure of the so-called international community in Syria has long been a fact but now that the Syrians are pressing at the gates of Europe, the failure has become more palpable even to those who have paid little attention to the Middle East. But refugees will continue to arrive, continuing to do so long as the war persists and even long after it ends, as happened with the Afghans and Iraqis, who continue to escape from their own countries left more dangerous and unstable than they were before the ‘humanitarian’ wars waged upon them. Therefore, Syria could remain at war for years, with no winners, but with 7.6 million internally displaced people living in precarious conditions with no apparent future and in constant danger. The lack of legal routes out of Syria implies that traffickers will continue to profit from the war and the humanitarian emergency it has generated. Escape seems to be the only solution for many Syrians.

The Syrian war has also proven, if more evidence was needed, that the invasion of Iraq in 2003 was senseless and responsible for having created the monumental mess that Syria and Iraq have become. The breakup of the Iraq’s army and secular institutions have resulted in a resurfacing of the struggle between Shiites and Sunnis in the wider Arab world, especially in Syria and Iraq. Meanwhile, the failure to understand the ‘Arab Spring’ for what it was facilitated the destruction of Syria’s delicate balance such that the Islamic State represents the first real challenge to the Middle East which emerged from the Sykes-Picot Agreement of 1916, under which the British and French empires secretly agreed to divide the Middle East domains of the dying Ottoman Empire between them. The Islamic State wants to erase the British and French-designed boundaries seemingly wanting to re-establish the Ottoman province, or Vilaya, of Syria, Lebanon, and Iraq – once known simply as Shams (in Arabic ISIS is Daysh: Dawla Islamiya fi Shams – The Islamic State in Shams). This gives them some anti-colonial credibility, appropriating the goals that the Arab nationalist Baath parties of Syria and Iraq have pursued through secular means since the 1950s. 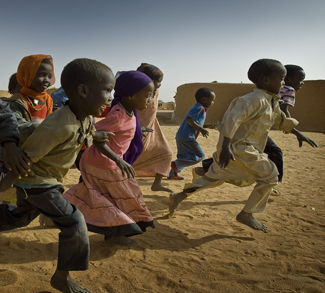