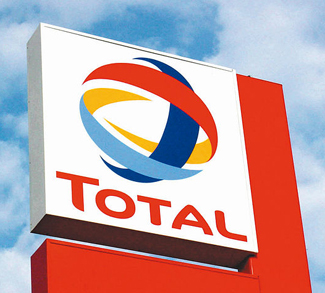 A consortium led by French energy giant Total signed a $5 billion oil deal with Iran to to further develop the country’s giant South Pars gas field. This is Iran’s first deal with a foreign energy company since sanctions were lifted in January 2016 following the Iran nuclear deal. Total began operating the offshore field in the 1990s, but had to pull out due to international sanctions imposed on Iran’s nuclear program in 2006; now that sanctions have been lifted, it’s ready to do business once again.

The oil deal is both substantive and symbolic. Total SA’s stake amounts to 50.1%, while China’s state-run China Petroleum Corporation (CNPC) owns 30%, and Petropas, a subsidiary of the National Iranian Oil Company, owns 19.9%. Total’s CEO Patrick Poyaunne is optimistic that the deal will encourage other companies to invest in and transact with Iran, further, indicating that “economic development is also a way of building peace.” In a quip directed at President Trump, he added, “We are here to build bridges, not walls.”

As US sanctions against Iran gradually lose their credibility and effectiveness, multinationals in Europe and Asia rush to strike deals with Iran. But political, economic and military implications for the country and region itself could be even broader. Trump’s backing of Iran’s regional rival, Saudi Arabia, the ongoing Qatar Crisis, and the fight against ISIS continue to ramp up regional instability.

Despite President Trump’s rhetoric about tearing up the Iran nuclear deal, his administration still renewed a waiver in May upholding key components of his predecessor’s landmark foreign policy. Nevertheless, the US Senate has passed fresh sanctions that target certain individuals and businesses implicated in human-rights abuses and the country’s ballistic missile program (in particular, members of Iran’s elite Revolutionary Guard). The deal is currently undergoing a 90-day review. However, any move to abandon the agreement will be strongly opposed by Britain, France, Germany, China, and Russia.