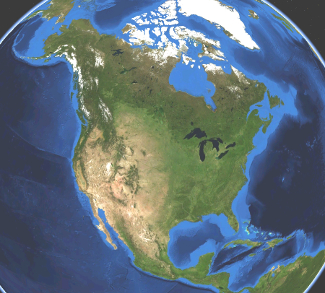 Mexico to Turn on the Pumps

After years of declining output, Mexico’s energy industry looks like it will be turning a corner in 2014. Legislation was passed in December to end the monopoly long enjoyed by Petroleos Mexicanos (Pemex) and open the industry up to much-needed foreign investment.  After the energy bill is ratified by a majority of Mexico’s states (it is expected to pass without a problem), the first licenses for foreign energy companies will be issued in late 2014.

The end of Mexico’s 75-year oil monopoly is a watershed event, albeit a somewhat predictable one given the pressures of an increasingly supply-glutted international energy market. The capital-starved Mexican industry was beginning to look like an anachronism next to its competitors north of the border, and it will need outside technology and investment in order to exploit the country’s full potential (which in terms of shale gas and deep-water reserves is thought to be quite lucrative). Thus, as foreign investment starts to flow into the country’s energy sector (to the tune of $20 billion a year according to some analysts), Mexican output will to ramp up. Expect this to have a meaningful impact on global supply beginning in late 2014, because even with the myriad of inefficiencies that dogged the soon-to-be-defunct Pemex monopoly, Mexico is still the 10th largest oil producer in the world between Venezuela and Kuwait. That means there’s plenty of room for improvement.

Canadian Prime Minister Stephen Harper kicked off 2014 with a televised interview in which he lamented President Obama’s “punting” of the Keystone XL decision before strongly implying that, in a sense, it didn’t even matter because the controversial pipeline would be built eventually regardless. Then, in keeping with the incendiary nature of the pipeline debate, two climate change protestors stormed onto the stage behind the prime minister before being dragged off by security.

With several conflicting signs indicating the decision will come down on one side or the other – such as the North Dakota train fire (approval); State Department reports indicating a negligible impact on climate change (approval); an easing US energy security outlook (rejection); and a well-organized opposition movement (rejection) – the more cynical among us might conclude that President Obama is just waiting to see which voting bloc will be more decisive in this year’s midterm elections. But regardless of what form it eventually takes, it seems likely that the Keystone XL decision will come in 2014.

US Midterm Elections: A Six-Year Curse Broken or Vindicated?

Voters in the United States will head to polling stations in November of this year for midterm elections. At stake is the Democrat majority in the Senate, and midterm elections have historically been punishing for the ruling party in the sixth year of a two-term presidency.

These midterm elections are particularly crucial for the Republican Party. After years of bitter partisan debate, government shutdowns, and a few spectacular electoral failures in 2012, it looks like the GOP leadership will be able to restrain the Tea Party camp (anathema to critical centrist voters) enough to benefit from widespread popular disillusionment with the Obama administration and “Obamacare.” Glimpses of this new pragmatist view from the GOP are increasingly evident of late, such as in the unusually quiet passage of a comprehensive spending bill in Congress late last year.

Barring any dramatic political surprises between now and November, expect the Democrats to lose their Senate majority, effectively neutering the Obama administration from a domestic policy standpoint for its final two years. This will result in a more fluid policymaking process overall as Republican control of both houses serves to depoliticize some aspects of governing that, until the past few years, had never been subject to the kind of deadlock we have seen on Capitol Hill of late.

The NATO Pullout from Afghanistan

The number of US troops that will remain in Afghanistan in a ‘support’ role beyond this year’s pullout is currently unknown, but broadly speaking it will be influenced by two factors: war wariness at home (a CNN poll recently dubbed it the most unpopular war in US history) and the grim tactical realities of an entrenched Taliban insurgency and an untested Afghan military.

That a total and abrupt NATO pullout from Afghanistan would result in a Taliban takeover of large swathes of the country, and eventually Kabul, is an opinion shared by many foreign policy experts and doubtlessly many US policy planners as well. But even so, come April 2014 President Obama might have been willing to pull out all US troops and shovel blame for the disaster that follows on the figure of an irresponsibly stubborn President Karzai. However, recent developments in Iraq are changing the political dynamics of a NATO pullout from Afghanistan. We are now seeing in the Sunni militant takeover of Fallujah and Anbar province what many would deem a major foreign policy failure of the Obama administration: it did not secure a permanent US military presence in Iraq, and now the black flag of the ISIL flies over Fallujah.

It follows that the Obama administration will be under increased pressure to leave a meaningful troop presence in Afghanistan beyond 2014. As a result, expect the US administration to cave to Karzai’s demands (whatever they are) in an effort to establish a long-term ‘support’ capacity in Afghanistan.

The Pentagon Budget Rescued from Sequestration

With former defense secretary Robert Gates’ one-man crusade to reform Pentagon procurement, a round of deep sequester cuts, the Tea Party’s apparent antipathy towards military spending, and two major wars fought in the last decade – it was beginning to look like the US defense budget might see substantial cuts in the near future. However, the abovementioned Congressional deal came together on a bipartisan commitment to prop up defense spending.

This is important, especially since many were predicting defense spending would be sacrificed in the name of fiscal responsibility. If the sequester cuts were kept in place, it would have forced a discussion on the future capabilities and role of the US military in the world. Now that discussion won’t take place… yet.

The immediate geopolitical impact of business-as-usual at the Pentagon will be felt most in Asia, a region that is set to become the US’ preeminent strategic focus once the war in Afghanistan winds down. In a sense, firewalled defense funding will allow for a more thorough implementation of the Asia Pivot (a policy that will doubtlessly outlive the Obama administration). Before 2014 even began we saw a long-awaited agreement on the Futenma base relocation in Okinawa. Expect the US military to continue to make its presence felt in Asia through 2014, and a new base in the Philippines is always possible as long as Manila and Beijing are at loggerheads over the Scarborough Shoal. 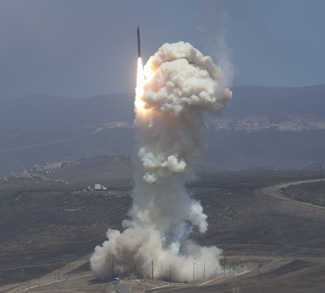