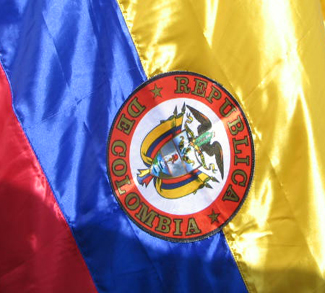 On 17 December, FARC declared a unilateral ceasefire of offensive operations against government forces. This announcement comes at a crucial time, not just in terms of ongoing peace negotiations that were recently imperiled by the abduction of a general, but also the government’s push to find foreign investors to develop Colombia’s energy sector.

The Santos government currently faces a dilemma. Agreeing to this détente risks creating an opportunity for the insurgency to recover militarily, which would in turn afford it added leverage at the negotiation table. Going by the past peace process, this is a very possible outcome. On the other hand, continuing operations against the FARC is likely to decrease political support from the Left, and could in turn could complicate an already drawn out peace process.

Even as the government and FARC agree to continue peace negotiations under a new set of operative guidelines, the security situation is unlikely to improve in the foreseeable future.

Both FARC and ELN still enjoy significant financial and operative capacity despite having been reduced to less than half their size from their peak in the late 90s and early 2000s. They still control a large portion of the lucrative drug trade and wield influence across a number of municipalities, many of which are ripe for potential energy exploration projects.

In recent years, there has been a steady deterioration of the security environment for the oil and gas sector. From 2005 to 2013 the number of recorded attacks on pipelines has more than doubled; among these, is the The Caño Limón –Coveñas pipeline, which suffered a 93-day shutdown over the last 12 months. As a result, several companies have begun to use more costly methods of transportation. If this trend continues, it is likely to deter foreign companies from looking for new opportunities in the Colombian market. Although the number of attacks has decreased over the course of 2014, security risks remain.

Given that 90-95% of attacks on energy infrastructure originate from the ELN or FARC insurgency, a peace agreement will be a very positive development for the energy sector. This has been a drawn out peace process in which the Santos government has invested significant political capital. However, the timeline for a final agreement is far from certain. Difficult points remain in the agenda, including justice and reparations to victims, as well as the demobilization of fighters. With middle rank commanders earning close to $240,000 per year, it is expected that a peace agreement will not end the fighting, as some will merely go on to join other illegal groups.

Greater stability and government policy reforms have contributed to Colombia’s energy sector becoming one of the most attractive in Latin America in recent years. Nevertheless, as other countries in the region become more competitive, obvious security shortfalls will necessitate that the sector attain greater priority for this government in the near future.