Since the early 1990s, the United States government has been operating a program to forcibly seize suspected terrorists in foreign countries and transfer them to a 3rd state without the knowledge or consent of the host country. This program, known as extraordinary rendition, was expanded after the Bush administration declared its war on terror in 2001. So far, an estimated 1,245 flights have rendered suspected terrorists to various locations around the world, including so-called “black sites” or undisclosed detention facilities operated by the CIA. The practice has created tension between the United States and some of its key allies in the war on terror. Extraordinary rendition has been criticized by the Council of Europe, Congressional committees and human rights proponents, some of whom question the program’s legality.

History of the Program

The practice of extraordinary rendition arose in the wake of the 1993 World Trade Center bombing as a way for the CIA to keep key terror suspects out of the U.S. court system, where it was feared that intelligence sources would be jeopardized.[1] The program was later expressly authorized by President Bill Clinton in Presidential Decision Directive 39, which cited procedures for forcible abduction of terrorist suspects without the consent of host governments outlined in National Security Directive 77.[2]

After September 11, the program was routinely used to render suspects in the war on terror. The European Union Parliament estimated that the CIA had flown as many as 1,245 extraordinary rendition flights between September 2001 and February, 2007, including flights to countries where suspects are known to be tortured.[3] 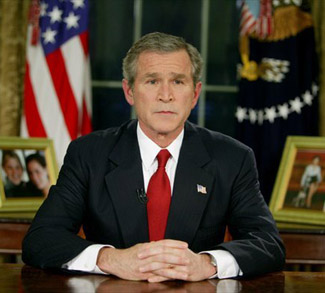