EU vs RT: A Propaganda Chess Match for the Ages

“In the fight against propaganda and disinformation, we will yield nothing,” tweeted Jean-Noël Barrot, the Minister for Digital Transition and Telecommunications of France, on October 20, 2022. Thus he announced that the video-sharing website Odysee would stop broadcasting Russia Today France (hereafter “RT France”). It was done at his request, under his supervision, less than ten days after Radio France’s article on the matter, entitled “Despite the ban, RT France broadcasts its programs live and in French via the Odysee platform.”

But despite Barrot’s fight, Russian propaganda still survives and even thrives, elsewhere and by other means. More specifically, via a complex proxy system of Russian bots now also speaking in Voltaire’s language.

RT France is the French branch of a Russian state-funded news channel. At the end of February 2022, the European Union announced that it is to be banned in all languages throughout all member states. Since then, the Russian propaganda machine underwent a metamorphosis — it had to adapt and continue to broadcast, at any cost.

These costs were covered by the Russian state. As reported by The Moscow Times in March, the Russian federal budget allocated 114.8 billion rubles labeled “for mass media” in the operational statistics of the Ministry of Finance for 2022. One quarter of this sum is dedicated to ANO TV Novosti, RT’s parent company. Given the March conversion rate, this is the equivalent of around $262 million USD. Between January and March 2022, 61% of

this amount ($160 million) was already allocated under the same “for mass media” label, which already amounts to approximately 3.2 times more than during the same period in 2021. And it showed, as the RT production costs on Odysee, a relatively small platform, were worthy of a TV channel.

It would seem that in response to its ban on Odysee, RT France could just relocate to Rutube or any other more liberal video-sharing website. But it might also be less straightforward than that.

Ride of the Valkyries

RT France channel on Odysee continues releasing videos after the ban, accessible from France via VPN

The Internet Research Agency, also known as the “troll farm,” is a Russian company that spreads pro-Putin propaganda throughout the Internet. At first focused on domestic issues, over time the IRA looked beyond the Russian borders. Notably in 2016, when it interfered with presidential elections in the United States through targeted cyberattacks and a massive social media presence.

It is in 2018 that a federal grand jury indicted Yevgeny Prigozhin, known as “Putin’s chef,” for interfering in the American election. According to the indictment, Prigozhin controlled the entity that financed the IRA.

One year later, in 2019, Facebook also accused him of campaigns to manipulate public opinion in different African countries. Another year later, in 2020, two of Prigozhin’s mineral extraction companies located in the Central African Republic were sanctioned by the United States.

In the same year, the European Union and the United Kingdom sanctioned Prigozhin over support for mercenaries in the Middle East. They established that, besides the IRA, “Putin’s chef” has close financial links with the Wagner private military company. Its involvement in atrocities throughout Syria, the Central African Republic, Mali, and now Ukraine is well-documented.

This chronology leads to the second quarter of 2022, when French troops departed from Mali. Wagner then settled on the military base which was returned to the Malian army by the French on June 13, 2022. With this new starting point, Prigozhin’s influence in francophone Africa increased further.

And it thus becomes noticeable on the French-speaking Internet.

While Wagner was settling in Mali, they started providing mercenaries and experts in “information warfare” in this country, thus replicating initial strategic moves when settling in the Central African Republic, another francophone country.

By strengthening Wagner’s physical positions in Africa, the IRA’s digital warfare capabilities grew. Indeed, the French-speaking segments of the Internet, and more particularly the French online media, are targeted more and more by pro-Kremlin bots. For example, in September 2021, Le Figaro’s website was flooded with an avalanche of pro-Kremlin comments.

The Case of BFMTV

BFMTV is the most-watched 24-hour rolling news channel based in France, available via digital, cable, and satellite television.

An automatic data analysis solution written in Python pulled from BFMTV’s YouTube channel 272 videos related to Ukraine, Russia, or both released in the first half of 2022 (see open source database), then categorized all of their 24,952 first-level comments (i.e. excluding replies) by sentiment — pro- or anti-Ukraine.

It was thus established that 19,651 comments are pro-Russia, and 5,301 are pro-Ukraine. In other words, just 21.2% of comments under BFMTV videos constitute messages against Putin and his politics, in one way or another.

These pro-Ukraine messages can be summarized into a word cloud of the most used terms. Some of those are “Glory to Ukraine,” “Empire of Lies,” “World War,” but also “Jesus Christ,” “Saint Spirit,” and “kingdom of heaven”. It can be suggested that video news containing images of war would induce emotions of general uncontrollability and thus of religious consecration.

The anti-Ukraine word cloud highlights terms like “Bravo Putin,” “Putin is right,” “new order,” “Western propaganda,” “Pandora Papers,” “millions of dead,” “human shields,” and “Syria […] Libya.” It is worth noting that the last example is an apparent case of whataboutism, a rhetorical procedure that The Guardian went so far as to characterize as the national ideology within the modern Russian state. In this case, it is used to focus the discourse on the Middle East and thus on the implications of the West in the destabilization of this region. The third most-liked comment published under BFMTV’s interview with Jean-Yves Le Drian, a French politician (comment archived here), exemplifies this usage and can be translated as follows: “If Putin must answer for his actions before the international criminal court, then, for the sake of justice, George Bush must also answer for Iraq and Sarkozy for Libya. Do this for your international credibility.”

Beyond rhetorical manipulations, anti-Ukraine comments also contain hyperlinks, but in minor proportion (6% of the pro-Kremlin comments). These mostly lead to RT France videos hosted on YouTube, where, paradoxically, it was blocked on March 12, 2022.

By carefully examining these hyperlinks, their landing data, and the corresponding YouTube profiles, a large network of proxy channels was uncovered. Together, they save, process, and relay RT France videos on YouTube, day after day, ban after ban. Active on the day of writing (05/11/2022) are the following 19 profiles, at least 4 of which (5, 8, 1, and its mirror 19, i.e. 21%) are based in Africa (see, respectively, the following LinkedIn, YouTube and Facebook pages):

One RT video from every profile listed above is archived and can be viewed here. Note either RT’s green square logo at the lower left corner of the video, or Échiquier Mondial in the title of the video (translated as “Worldwide Chessboard,” this is one of the most prominent of RT France’s productions). Another archive concerns the most recent videos on the first profile’s channel, EVENT2BABI NEWS FRANCAIS, which can be found here. Again, note RT’s logo on eleven out of twelve videos.

The Fight against Propaganda

The Wagner PMC, The Internet Research Agency, and a complex of mining companies — Prigozhin’s influence in francophone Africa is just one of the Russian levers to control the constant proliferation of its anti-Western propaganda. This becomes apparent with the example of RT France and how it bypasses YouTube bans via a system of proxies, with at least 21% of uncovered profiles being based in Africa.

According to historians Galia Ackerman and Stéphane Courtois, Putin’s regime employs perverse tactics against which democracies are sometimes powerless. One such tactic is using interconnected anonymous reposters — if one of them is banned, another one takes its place straight away. The cycle repeats itself and new pawns are brought into the game. Until the source that creates them is eliminated.

Kremlin propaganda and proxy wars reach farther and farther beyond Russian-speaking countries. It is a conglomerate that has been developing throughout recent decades, in Europe and now in Africa, like a tumor first appearing to be benign. A simple ban, on YouTube, Odysee, or Rumble, is thus insufficient.

One of the possible next moves by the EU can be preconizing fine-tuned algorithms to analyze the comments produced on the major news resources of its member states to detect (and ban) any anonymous reposter of pro-Kremlin propaganda. As it was shown, this task can be easily streamlined on YouTube.

So, the game of chess goes on.

*This article was originally published on November 10, 2022. 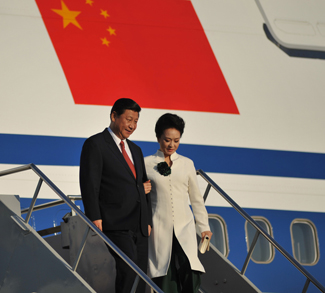 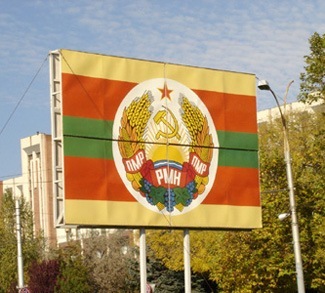