Dissolving the Leviathan in Lebanon

As crises continue to unfold in Lebanon, the inaction and silence of decision-makers goes beyond the limit, raising red flags over the purpose of such a behavior and whether such governance stems from ignorance, poor management, and thirst for power, or perhaps an orchestrated plan aiming to dissolve the state and herald a new status quo.

The impact of these crises has expanded substantially, reaching almost everyone residing in the country, as the poverty rate is estimated at 55% as at May 2020; net emigration increased over the past three years, reaching approx. 16 per 1,000 people in 2021; and the exchange rate has gone from the official rate of LBP 1,507.5 per US dollar to around LBP 20,000 per US dollar on the black market. They have collectively effectively impacted most of the population, as essential commodities such as fuel, gas, electricity, and water, as well as medicine, have become scarce due to a lack of foreign currency, as well as the hoarding and smuggling on the black market. Recurrent power outages, along with the continuous search for these essential commodities and medicine in the black market, are heaping further pressure on residents, and likely pushing crimes statistics up and raising food security risks. This is reflected in the number of violent incidents and shootings, even at local gas stations and supermarkets. There has been an increase of 57% year-on-year in thefts and robberies in 2020, and a rise of 83% in murders over the same period.

Lebanon is not the first nation to default on its debt, to suffer from a depreciation of its exchange rate, and to witness a financial, economic, or social crisis. However, the intriguing part is the inaction of the authorities, their passivity and negligence regarding this situation; it is the same negligence that led to the Beirut Port explosion in the first place. In this context, Prime Minister Saad Hariri resigned following anti-government protests in 2019. The government of Prime Minister Hassan Diab, which was formed in January 2020, resigned few days after the Beirut Port explosion in August 2020. Since then, prime minister designate Mustapha Adib resigned in September 2020, and after nine months of political deadlock Saad Hariri resigned as prime minister designate in July 2021; current prime minister designate Najib Mikati is attempting to form a government; however, various political leaders and key decision-makers have disagreed on the size and shape of the administration, and all despite many calls from the international community and direct pressure from French President Emmanuel Macron to form a much-needed government to embark on much-needed reforms.

Strong leadership and an efficient government are now key to stopping social, economic, and financial meltdown in Lebanon. Several designated prime ministers during the past year have presented their list of ministers to Lebanese President Michel Aoun, who has so far refused most of them. Even though it has been reported several times that the deadlock is due to names of a minister or two for certain ministries, it is hard to accept that under current circumstances decision-makers are still blocking the formation of a government over one or two names, as they wrangle over how to share power amongst themselves.

Some journalists consider these delays as reflections of the personal pettiness of those in power; others consider the issue to be related to the forensic audit of the Banque du Liban, which is required to unlock international financial support and aid, as it could uncover the misdeeds of several political figures now in power.

However, in light of the ongoing economic meltdown, with three consecutive years of economic contraction – posting the sixth steepest estimated contraction in 2020 – as well as the crippling of several public institutions, the negligence of the political class is now leading to the deliberate dissolution of the state. Several ministries are unable to operate normally amid logistical difficulties, such as procurement challenges and power outages. Electricité du Liban, in addition to its deficit and routine inefficiency, has lost control over some of its regional transmission plants, while the shortage of fuel has crippled public and private entities, and affected services such as the Internet. Moreover, a large number of employees are facing transportation difficulties due to the impact of fuel shortages. The public has also lost confidence in banks, which have applied various forms of capital controls, and are suffering from a shortage in foreign currency. Even the Lebanese army is at risk, as the salaries of enlisted soldiers are being absorbed by the depreciation of the Lebanese pound and the inflation rate, and many soldiers are seeking other jobs. The army’s forced austerity policy could jeopardize operations like border security, among others.

Amidst the abovementioned chaos, the extent of the negligence of decision-makers does raise questions about whether such behavior is unintentional or planned. The current inaction of the authorities is highlighting the deficiencies of the current system, as if they refuse to stop the bleeding at all levels. Such an approach is letting the crises unfold at a faster pace, and the approach is becoming a catalyst toward the dissolution of the the Leviathan, the sovereign power responsible for protecting the security of the country, as defined by philosopher Thomas Hobbes, perhaps to create a new social contract that suits different national and international players.

In this context, such a scenario of dissolving the current state would require a new founding conference for the country. If history has taught us anything it is that such agreements are always forged by the strongest side. For example, the “Taef agreement” of 1989, which ended the civil war, mirrored a weaker Christian position on the ground, which was reflected in the limiting of the authority of the Lebanese-Maronite President. Another more recent example would be the agreement between Armenia and Azerbaijan following the Nagorno-Karabakh conflict, which gave several parts of the region to Azerbaijan reflecting the latter’s upper hand on the battlefield. Based on these examples, and given the current weakness of the state, the strongest party is the Lebanese Shia Islamist political party and militant group, known as Hezbollah, which has its own foreign-funded army that could enable it to thrive in a power vacuum and influence the reshaping of the social contract and the constitution.

In fact, Hezbollah is able to influence and control the state in Lebanon from within institutions and outside them, mainly through elite pacts. Still, despite its strength on the ground, the militant group lacked a direct influence on executive power as the prime minister position is assigned to the Sunnis, and has been significantly influenced by the Sunni-Future Movement. Also, the group has targeting the Lebanese banking sector, particularly Banque du Liban, which has been abiding by U.S and international directives to corner Hezbollah’s financials through sanctions and by freeze all assets related to the organization, among other measures, as it was designated as a terrorist group by several countries. The party and its allies have launched a public campaign against Banque du Liban’s governor Riad Salameh, through PM Hassan Diab’s government and the ruling Free Patriotic Movement. Hezbollah allegedly aims to replace the current financial system with its own cash-based system, which could in turn facilitate a shift of reliance toward Syrian and Iranian imports.

Hezbollah and its coalition partners enjoy a majority in Parliament, as well as large influence over the government, and continue to engage in military activities in Lebanon and the wider region. The group’s strength raises the question of whether it is pleased with its current level of power, or it will rather seek to further extend its influence in a more formal way. The negligence toward saving the state it currently controls does not reflect an appreciation for its current position, which could illustrate the party’s desire to seek a new constitutional validation of its position, one that reflects the real balance of power on the ground and frees it from having to cooperate with various partners. Such a contingency would further strengthen Iran’s position on the Mediterranean, and grant Shiite factions the strength they allegedly lacked as a community under the constitution.

Even without aiming to destroy the state, the existence of Hezbollah as a group weakens the state by having a large military faction that owes its allegiance to Iran, its main source of funding. This duopoly on violence constantly challenges the state, as it directly strikes the concept of “monopoly on violence” used by sociologist and political economist Max Weber, meaning that the state is the only entity authorized to use physical force. In practice, it cripples the Lebanese Army and the judiciary system, as every time the army needs to move, it has to coordinate with Hezbollah, in order to avoid a conflict with the latter, and avoid internal divisions. The party has benefitted since 2008 from the government’s security ‘formula,’ namely the “army, the people, and the resistance.”

The call for a “founding conference” is not new; the idea was put forward by Western countries since 2000, while discussing the fate of Hezbollah when it was no longer considered the resistance following the withdrawal of Israel from Lebanon.

In parallel, the deal between the U.S. and the Taliban in Afghanistan, and the withdrawal of U.S. troops from the country, are both factors that could further motivate Hezbollah, as the U.S. seems ready to negotiate with hardliners, while U.S. allies in the region are questioning the sustainability of U.S. support. The party may be considering that if it survives the current collapse of the economy and potentially the state, it still has the chance to produce an internationally recognized government.

Iran Nuclear Deal Breakdown: What Does It Mean for European Business? 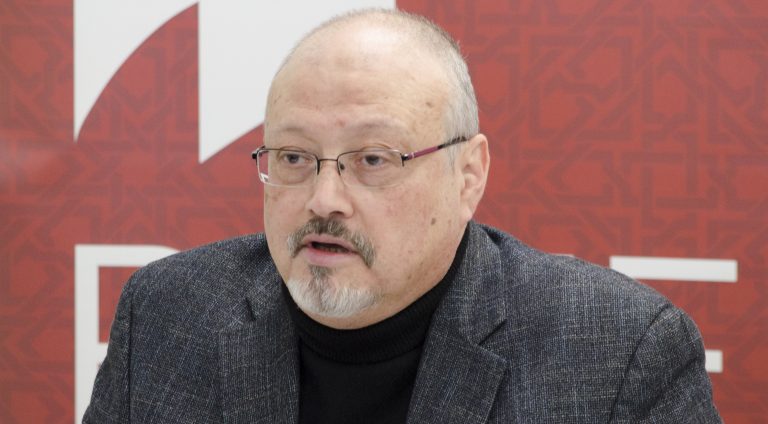