On September 4, voters in Chile rejected the constitutional draft referendum by a 62-38 percent margin. The referendum’s defeat has made Chilean President Gabriel Boric a de facto lame duck president just six months into his term. As Patricio Fernández, one of the delegates to the constitutional convention, pointed out: “Gabriel Boric knows perfectly well that the destiny of his presidency is inextricably linked to that of this constitutional process.” Boric has invested heavily in the success of the referendum for several years now. In November 2019, Boric was the most notable signatory of the “Agreement for Social Peace and a new Constitution.” Then, on July 15 of this year, Boric declared that a brand new draft would have to be written if the proposed constitution is rejected by voters in the referendum.

The constitutional draft is the result of deep divisions in Chilean society. At the heart of Chile’s 2019 protests, known as the estallido social or social upheaval, was anger over narrowing opportunities and inadequate and unequal access to health care, pensions, and education. The constitutional process is the result of a broad national agreement among political parties to end a wave of popular protests against inequality and poor public services that erupted in October 2019.

Several reasons help to explain why the constitutional draft was stillborn.

First, democracy cannot be taken for granted when conditions around wealth distribution worsens. Right after Pinochet stepped down in 1990, Edgardo Boeninger, Chilean President Patricio Aylwin’s Minister General Secretariat, argued that “democracy cannot be taken for granted… democracy means not only majority rule, but also a due regard for the rights of minorities…[and] policies relying solely on the ‘trickle-down’ effects of growth to overcome poverty and inequality will sooner or later end in social unrest and political instability.” However, during the more than 20 years of governments under the center-left Concertación or Nueva Mayoría coalitions, the situation around wealth distribution has only deteriorated.

Second, the convened constitutional convention was not representative of Chilean society, leading to distorted outcomes in the constitutional draft put up to referendum. Most of the convention delegates were relative newcomers to political power, with 87% never holding elected office before, 2/3rds beings independents, and many representing parties formed within the past six years. 155 delegates were chosen in a national vote last year, in which turnout was a relatively low 43 percent. Furthermore, approximately 55 delegates were leftists, often running on single-issue tickets. As a result, some critics noted that convention became too ideologically radical when compared to the National Congress of Chile, which is nearly evenly split between left and right.

Third, the convention delegates produced a bloated document that contains 388 articles. Instead of taking cues from previous constitutions and constitutional history, the convention drafted from scratch. Even Patricio Fernández conceded that “it’s hard to tell the wheat from the chaff,” noting the confusion over which articles have support and which are fanciful aspirations. It is then no surprise that former Chilean President Ricardo Lagos refused to attend a meeting at the National Congress for the official delivery of the constitutional draft, saying, “I prefer to leave my place to another person who requires it more than the undersigned.”

Fourth, the constitutional draft may not do enough to mend the generational gap in politics that has emerged in Chile. Chile’s current socio-economic crisis has caused an entire political generation to be left behind as the old guard hangs onto power, leaving the new generation of leaders with not much experience in governance. When Boric came to power, he owed much of his support to younger and more radical supporters, who are concerned with their generation’s precarious economic and political situation. Boric essentially promised to introduce a European-style social democracy to Chile, boosting taxes to pay for social reform, and all while putting the brakes on spiraling debt. Nonetheless, the right wing and old guard remains powerful in Chile and the constitutional draft does little to mend the differences between the two camps.

Fifth, international investors are not reacting positively to the Constitutional draft. The Wall Street Journal’s Latin America columnist Mary Anastasia O’Grady declared that Chile was “on the cusp of collective political and economic suicide” and that the new constitution would represent a “surrender to left-wing terrorists.” Former Chilean President Ricardo Lagos correctly pointed out that “our problem has been both figuring how to deal with the ensemble that we inherited from Pinochet and how to create a new ensemble.” In addition, the constitutional draft muddies the waters around who can decide what the law is in Chile, as it would grant regional governments greater powers. As Patricio Navia, a Chilean political scientist at New York University, observed: “you normally want a contract to specify details [but] this text doesn’t do that.”

Looking forward, Boric may be able to overcome this tremendous political setback if he takes three steps. First, instead of relying on the invisible hand, he should embrace the creativity implicit in the metaphor of the “hiding hand.” In Albert O. Hirschman’s 1968 book, Journeys toward Progress. The hiding hand can “convey the elusive dynamics behind the process of stumbling into achievement.” Second, Boric should consider “learning by doing,” which emphasizes iterative learning from the environment, illustrating the complexity, occasional violence, and high risk associated with reform. Third, Boric can take a lesson from F. Scott Fitzgerald: “One should … be able to see that things are hopeless and yet be determined to make them otherwise.”

After Augusto Pinochet was arrested in October 1998, Ricardo Lagos declared that “the question at hand is how to consolidate the process of transition to democracy.” Now, Boric faces the same question! 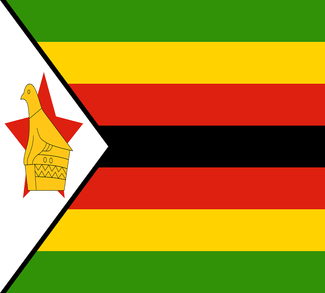 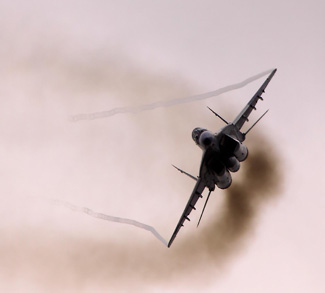