Canadian Miners on the Road to Accountability 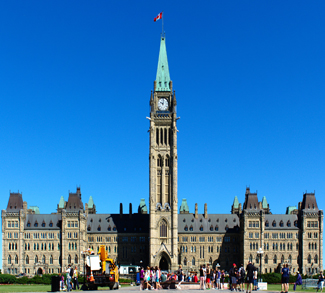 There was a time not that long ago when Canadian mining companies could feasibly commit all sorts of human rights abuses abroad, trampling the rights of local impoverished communities and overstepping their remit as a foreign firm extracting natural resources.

Numerous allegations against these mining firms have cropped up all over the world, but there are a few cases which have continually drawn the attention of activists and law enforcement bodies alike.

Hudbay Minerals previously ran the Fenix ferro-nickel project in Guatemala until September 2011. But locals allege – and have brought forward multiple lawsuits – that Hudbay security guards gang-raped several local indigenous women and shot and killed indigenous leader Adolfo Ich Chaman in 2009 after he tried to calm a protest at the mining site.

Hudbay has refuted these claims for years, but in July 2013, the Superior Court of Ontario ruled that these suits – the three lawsuits in total which have been filed – can be heard in an Ontario court.

Though Hudbay dropped its opposition to having the case heard in Ontario in February 2013, the trial has yet to be held.

Another Canadian miner, Centerra Gold, is accused of dubious activities in Kyrgyzstan, where its main Kumtor gold mine is located. The local population in the Kyrgyz mountains has been against the development of the mine for years, protesting against everything from the sullying of the water from the mine’s tailing ponds to the lack of available jobs for local inhabitants.

In 2013, activists accused the company of pressuring the government to arrest those participating in a protest against the mine. Several of those detained claim to have been tortured by government security officers.

The largest gold producer in the world, Barrick Gold, is also not immune from these sordid accusations. Barrick has been fighting off accusations that private security personnel hired by the company engaged in widespread gang rape near the Porgera gold mine.

The Canadian government has been hesitant to impose a harsher regulatory review on the mining sector, especially considering that 75% of all mining companies worldwide are headquartered in the country. But the growing public displeasure over mining firms’ bad behavior abroad could not be ignored.

In June 2013, the Harper government signed onto a G-8 initiative to improve transparency in the extractive sector – which extends to mining but also to gas and oil companies as well. The new mandatory reporting standards which would come out of this initiative would also include reporting of taxes, license fees, and royalty payments, though little progress has been made on implementing these policies.

In November 2014, the government launched a new initiative to advance adherence to corporate social responsibility in projects abroad, which created an Extractor Sector CSR Counsellor – a post which remained vacant from October 2014 until March 2015, when the government appointed Jeffrey Davidson to the post.

The long vacancy prompted critics to accuse the Harper government of failing to take the position seriously, and not equipping the office with the necessary tools to fulfill its duties.

Though the CSR Counsellor offers a process for miners which is voluntary, failing to participate in the process can have negative consequences for extractive companies. Ottawa threatened mining companies with a loss of consular services and other services provided by the Canadian government, and in some cases a denial of financing from the Export Development financing institution.

Ottawa also imposed newer, higher standards of CSR which companies are expected to meet while in foreign jurisdictions.

But advances in negligence law are changing this, based on the Supreme Court Hudbay decision.

Hudbay had argued – in its attempt to keep the case out of Ontario courts – that because the abuses were reportedly committed by a foreign-based subsidiary, it as the parent company had no responsibility. The court flatly rejected this reasoning, by stating it was clear that Hudbay and its subsidiary had a clear relationship “such that it would not be unjust or unfair to impose a duty of care” on the company.

The Hudbay decision as a springboard for other cases. Three Eritrean nationals filed a lawsuit against Nevsun Resources in December 2014 over working with the government to force them into labor camps to service the company’s copper mine there.

Canadian mining companies, thanks to the Supreme Court findings, can no longer claim that because their subsidiaries are in foreign jurisdictions, the parent companies are exempt from any abuses perpetrated by these companies.