Canada’s Taxpayers and Environment on the Hook to Polluting Industries

On December 3rd, the British Columbia (B.C.) government put an end to commercial logging in the Skagit headwaters. The vast cross-border coalition of over 100 tribes, environmental groups and politicians committed to protecting the Skagit River watershed didn’t have long to savour their hard-won victory, however. The environmentally precious river remains threatened by the proposed construction of an open-pit gold and copper mine by one of Canada’s most notorious polluters: Imperial Metals.

Canadian authorities have yet to take Imperial to task, financially or otherwise, for some of its past environmental missteps—and similar stories abound throughout the country. From a flooded mine in the Yukon Territory to a lagoon in Nova Scotia blighted by a nearby paper mill, Canadian taxpayers and the environment alike are paying for decades of Ottawa letting its polluting industries off lightly.

Environmentalists and First Nations groups on both sides of the Washington-B.C. border are alarmed by Imperial’s planned mine—and for good reason. In one of Canada’s worst environmental disasters, the dam holding back tailings ponds at the company’s Mount Polley Mine collapsed, spilling over a billion gallons of pollution into a spawning habitat for salmon. Despite occurring in 2014, Imperial has yet to face any serious consequences—or to foot the bill for cleaning up the environmental damage.

Canada can’t afford a similar ecological cataclysm in the Skagit headwaters. The river, which provides more than 30 percent of the freshwater flow into the Puget Sound, is one of the Pacific Northwest’s most critically important ecosystems. A population of over 4.2 million depends on the river’s health and on the myriad species it sustains.

However, Imperial Metals’ track record does little to inspire confidence that it will protect this vital waterway, nor do the details of the prospective mine, including a planned wastewater collection pond estimated to “fill up in about 10 minutes.”

The potential ecological catastrophe in which heavy metals flood the Puget would cause decades-long damage. The Skagit is the only major river system in Washington to contain all five major species of salmon native to the Pacific Northwest, now threatened by the proposed mine. Research shows that even low concentrations of heavy-metal pollution can devastate salmon populations—a risk which Ottawa should deem unacceptable.

But thanks to a toxic combination of highly polluting industries and Ottawa’s failure to hold them to account, the Skagit mine is only one of many projects threatening Canada’s vital ecosystems.

Many of these mining projects could provoke international disputes, as they affect communities downstream in the U.S. More than 33 mines (active and under exploration) in B.C. are located within 60 miles of the Washington border; over a dozen are located within a similar distance to the Alaska, Idaho and Montana borders. In an exceptional bipartisan effort, U.S. senators representing the bordering states have put pressure on B.C. Premier John Horgan to take measures to stop cross-border water pollution.

This is far from an idle threat. Decades of mercury contamination from a lead and zinc smelter in Trail, B.C. crossed the border, contaminating Washington’s Lake Roosevelt and the Columbia River. A lengthy legal battle to cover $1 billion clean-up costs is far from resolved, thanks to Canada’s lack of effective regulation.

If an American mine in Washington ejects waste into B.C. waters, the liability is covered as state law requires mines to post bonds that cover 100% of reclamation costs. However, in B.C., such requirements do not exist. According to Calvin Sandborn, an environmental law expert, “B.C. law makes it far too easy for mines to extract resources now, while leaving the clean-up to future generations, [putting] rivers across the province, including many that flow into the US, at risk of long-term ecological disaster.”

The cost of poor regulation

A consequence of this inefficient regulation: Canadian taxpayers are on the hook for environmental mishaps. In Yukon, the provincial government is locked in a legal battle to get Yukon Zinc, a bankrupt Chinese company, to cough up the $25 million needed to clean up its contaminated Wolverine mine.

Mine owners in Yukon are required to pay security fees for the provincial government to use for environmental damage. Yukon Zinc, however, was consistently late in its payments, and the government only managed to collect more than a third of the funds due. Now that Yukon Zinc has collapsed into receivership, Whitehorse is arguing that it needs the proceeds from the company’s assets to treat the contaminated water filling the mine.

Nova Scotian taxpayers, meanwhile, are looking down the barrel of a $100 million clean-up bill to reverse the damage done by decades of toxic wastewater from the recently-shuttered Northern Pulp paper mill. Once a vibrant estuary full of fish playing an important role in the livelihood of the nearby Pictou Landing First Nation, Nova Scotia’s Boat Harbour is now brown and foul-smelling. The provincial government, which loaned Northern Pulp millions over the years it was in operation, will likely have to pay for the inlet’s clean-up—unless it manages to recoup funds from the mill’s owner, Paper Excellence, which is currently a party in an ongoing arbitration case.

Looking for a solution

All across Canada, deficient compliance and legal enforcement regimes risk taxpayers’ money and fail to prevent ecological disasters from happening. PM Justin Trudeau took office on the promise of modernizing Canada’s environmental laws; however, little has changed. In the case of Northern Pulp, for example, Trudeau brushed off reporters’ questions about whether the federal government would get involved in the Nova Scotian issue. Canadian voters are unsurprisingly asking themselves if Trudeau truly cares about the environment. Or is he, as Ottawa Life Magazine described, just “genuinely insincere”?

Public pressure is rising, therefore, on provincial and federal government officials to take action. A first test will be whether Premier John Horgan and B.C.’s Ministry of Energy, Mines & Petroleum Resources will deny Imperial Metals’ request to drill.

However, long-term solutions must be found to protect Canada’s environment—starting with ensuring that industries post financial assurances upfront. This will motivate them to act more responsibly and minimize the potential for disaster.

After The Hague, ASEAN Must Reach an Ecological Security Consensus 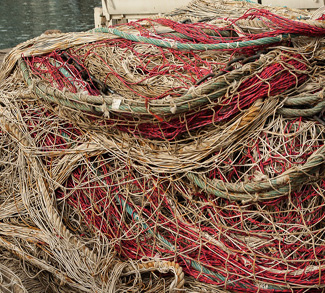 Is Indonesia Abandoning Its Capital?