The Brexit and How Democracy Works in Mysterious Ways 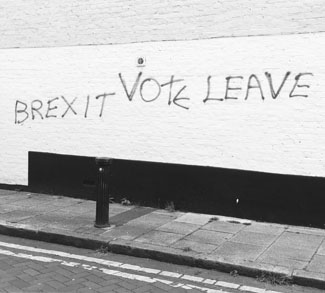 To understand dispassionately the meaning of the Brexit vote we need to consider if it was a genuinely democratic decision.

Referendums are not common in British politics and it is being argued, by leading members of the Remain camp,  that they are not legally binding as Parliament is sovereign and, therefore, any future parliament cannot be denied of its right to amend or repeal previous legislation.  While this could be a fascinating discussion on constitutional matters, there are abundant precedents in Britain on the usage and legal validity of referendums.  Both Labour and Conservative parties have appealed to the people through referendums in the past, including several ones on devolution arranged by the Labour government of 1997-2010.  It was the government led by Tony Blair who put the framework for the running of future referendums through the Electoral Commission.  No decisions taken through referendums have been challenged by Parliament in the past.

33.5 million electors participated in the Brexit referendum, with a turnout in excess of 72%, the highest in the UK since the 1992 parliamentary elections and more than twice British participation in the last EU parliament elections (historically never higher that 38.5%).  17.4 million citizens chose Brexit, the largest ever number of votes in favor of a political cause or party in Britain’s history (until now, the largest vote was 14 million achieved by the Conservative Party also in 1992).  Contrary to elections where proportional representation rules, each vote across the UK had the same weight, and this explains that 51.9% of the individual votes went for Brexit against Parliament support for the same being below 25%.   Although in percentage terms the difference that swung victory was less than 2%, the margin in favor of Brexit was in excess of 1.2 million people.  People from the entire political spectrum voted to Leave, ignoring traditional party lines; however, the widely different age composition for or against Brexit deserves special examination.  It is being argued, quiet convincingly, that the Labour constituency in North England was one of the key driving forces for Brexit, despite the official line in favor of Remain taken by the vast majority of Labour party officials.

The entire referendum campaign was contested over a four month period, much longer than the average duration of a British parliamentary campaign.   Regardless of criticism on the quality of the debate and the veracity of key election themes raised by each camp, there was an unprecedented involvement of so-called third party experts, individual or institutional, mainly in favor of the Remain camp, including most of the entire Western political and international financial establishment headed by the Presidents of the U.S. and France, Germany’s Chancellor, the IMF head, several of NATO’s former top commanders and CEOs of the largest international banks.  Similar to consumer warning labels, a long list of potential adverse consequences were laid out by the Remain camp concerning economic growth, employment, pensions, taxation, the pound, house prices and international trade should Brexit win the day.  The barrage of warnings against Grexit during last year’s debate was children’s game compared to what we heard in Britain during the last few months.

Beyond dubious constitutional, political and realpolitik grounds, the suggestion that the UK Parliament should revoke the referendum is probably the most ominous one and should be thrown into a dustbin of bad humor political anecdotes.

During the entire Brexit campaign the odds against the Leave camp were consistently high not only among opinion polls (whatever they are now worth it) but also among the very British traditional betting business. To win an election against the status quo in a primarily middle-class country is an uphill battle.   The senseless murder of an MP actively supporting the Remain campaign the week before decision day was seen by many as the watershed that would finally tip the election in favor of the In side, but this was not the case (even Kirklees, the constituency of the slain MP Jo Cox voted in favor of Leave).

And yet, three recent post-referendum developments deserve special attention and make us wonder if the British people do understand after all what democracy is all about.

A petition requesting Parliament to reconsider the validity of the results of the Brexit referendum on the grounds that it did not achieve a ‘qualified’ majority in terms of percentage of support and attendance has so far reached 4mm signatories.  An impressive number indeed if the signatories are authentic (the House of Commons has invalidated a few thousand petitioners coming from North Korea and Vatican City), but which will have zero legal consequences as it defies common sense. The futility of this effort sadly brings back memories of the Children’s Crusade.

Based on the age breakdown of the Brexit vote, with younger people massively favoring the Remain camp and older ones the Leave side of the table, it has now become fashionable to claim that the older generations have robbed this election and severely curtailed the opportunities of the young people. As life expectancy averages would make younger generations face for much longer the consequences of the Brexit decision, such unfairness is being insinuated as grounds for questioning the validity of the referendum.

Last but not least, a few Labour MPs are asking the UK Parliament (informally until now) to reject the results of the referendum claiming that it was just an advisory, non-binding consultation.

While most social historians would confidently argue that democracy has positively evolved in the last 2500 years, making people’s participation in government decision making more genuine and effective, the initiatives and arguments just mentioned makes us wonder if in 21st century Britain we want to go back to the old days.  Since in Ancient Greece the political ranking of citizens had to do with the value of owned property, shouldn’t we then perhaps qualify each vote on the basis of who is mostly affected by it? Or shall we rearrange population groups on tribes, like in Consular Rome, and make decisions that way?

Beyond dubious constitutional, political and realpolitik grounds, the suggestion that the UK Parliament should revoke the referendum is probably the most ominous one and should be thrown into a dustbin of bad humor political anecdotes.  With the same logic used by the MPs proposing this revocation, the EU Parliament should ultimately supersede the sovereignty of the British parliament, which is something that the Eurocrats have been doing assiduously in the last few years.  It is quite revealing to hear the European Commission President Juncker lecturing European politicians last May to ignore their electorates and saying ‘If you are listening to your national opinion you are not developing what should be a common European sense.’

Instead of wasting efforts questioning the Brexit decision, perhaps the losing side should look for the reasons behind Brexit as a lesson to the political classes, not only in Britain but around the world.  The Brexit win cannot be simplified as the triumph of old, rural, small-minded, nostalgic and xenophobic England. We need, for instance, to look at the wealth gap (in terms of income and asset ownership) that keeps widening not only in Britain but across the world.  We also need to look back at the unfairness of taxation;  younger generations, truly addicted to avant garde gadgetry, social media and the web, should learn that recently Apple just paid £17mm of taxes on £1.3 billion of UK revenues and Facebook £4,327 (no hidden zeros).   This reminds us of the tax-free paying aristocracy at the eve of the French Revolution.   Perhaps we are lucky that the Brexit decision is a bloodless upheaval and, in true British fashion, less anarchistic and destructive that most social changes that have happened in Europe in its history.

Whoever accuses Britain of backwardness utterly ignores the contributions of British society towards human progress through, for instance, the movements to abolish slavery and to give electoral vote to women.   Whoever accuses Britain of intolerance should remember that Marx, Engels and Ho Chi Minh settled in London (as Bolivar, San Martin and Miranda also did at the eve of the South American independence wars).  We should also remember that even Bonaparte, at the end of his political life, wanted to settle in this country that once had contemptuously called at the peak of his short lasting glory ‘a nation of shopkeepers’, a similar cry nowadays made by the Brexit losers. 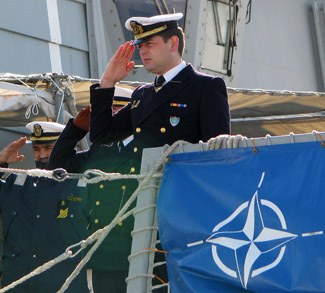