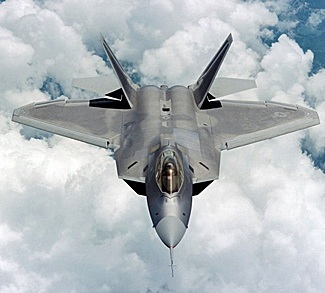 The Obama administration’s decision to slay two of the defense establishment’s sacred cows in the F-22 and the Future Combat System (FCS) suggests a coming paradigm shift in the strategic posture of the U.S. military.

The gutting of the F-22 and FCS programs is very significant because both have come to symbolize the ‘Revolution in Military Affairs’ (RMA), a strategic doctrine that emphasizes high-technology, air power, and seamless interoperability between branches of the armed forces. Moreover, they are programs that are not easily cut because they offer an oasis of manufacturing jobs in a time of recession. According to Congress reports, F-22 production accounts for over 95,000 direct and indirect jobs in America.

However, there is a growing chorus of skepticism surrounding the actual military utility of the systems in question. Critics allege that both programs are carry-overs from the RMA era, a time when strategic thinking assumed America’s future foe to be a conventional military modeled in its own image.

The Obama administration’s willingness to end these programs can be interpreted as a blow to RMA orthodoxy in the U.S. military establishment, and moreover a sign that the lessons of Iraq and Afghanistan are starting to percolate into strategic doctrine.

The other side of the RMA strategic divide is inhabited by the asymmetric warfare camp. Adherents to asymmetric warfare believe that the key to winning wars of the future lies not in the air, but on the ground.  Ground troops, psychological warfare, cultural sensitivity, and local solutions are the focuses of asymmetric warfare. It is a doctrine better suited for fighting non-state actors such as terrorist networks or rebuilding war-torn states, rather than going toe-to-toe with another high-tech conventional army. It is also the doctrine that the U.S. military seems to be gravitating towards.

Some extremely powerful private interests stand in the way of a transition away from RMA-dominated thinking. After all, defense companies stand to make a lot more money from technology-heavy visions of future warfare, rather than those that emphasize human capital. In an effort to ensure that strategic doctrine guides the development of U.S. military technology, and not the other way around, the Obama administration has been pushing reform on the Pentagon’s weapons acquisition process. The success or failure of these reforms will impact the future strategic doctrine of the U.S. military, essentially determining whether it will be the practical result of debate and lessons learned, or the lip service that is used to justify certain government weapons purchases.

An example that puts this all into context is the FCS program, a massive, all-encompassing $160 billion modernization program.  The recently cut ‘manned vehicle’ component, costing $87 billion, was set to deliver vehicles that are unusually susceptible to IEDs because of thin armor and a low clearance. In other words, a wealth of resources was being invested into a platform that has no practical use in the wars that America is currently fighting.

Backers of the Weapons Systems Acquisition Reform Act hope to avoid repeats of the FCS by fixing the long-broken process of weapon acquisitions. The law seeks to re-establish a reservoir of technical and contracting expertise at the Department of Defense (DoD), ending the process by which the DoD relies on private sector expertise, a practice that often creates conflicts of interest. The reforms also insert consultations by Combatant Commanders into the acquisition process, a change made in the hope that weapon systems will be designed for the wars that are being fought, and not just for hypothetical wars of the future. 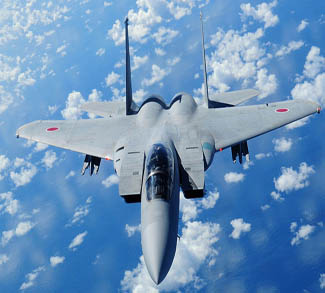 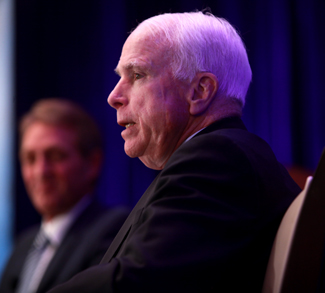 Niger and Other Sahel Governments Struggle With Boko Haram Spillover