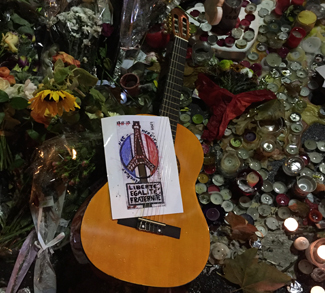 Three months after the November 13 terror attacks in Paris that took 130 lives, the world’s media appears to be more convinced than ever that the root of the evil that struck the French capital on that day is to be located some 300 kilometers to the north in the Belgian capital of Brussels. The idea that the Paris attacks were a “Belgian” operation has indeed become so ubiquitous and ingrained that Belgian authorities have felt compelled to mount a campaign to defend the country’s reputation and the mother of one of the victims who died at Paris’s Bataclan theater has even threatened to file suit against Belgium.

But the problem with this assumption of the “Belgian” character of the attacks is that it does not hold up to scrutiny. All of the known assailants, including those who had been living in Belgium, were French citizens. These include five of the seven assailants who were killed during the attacks – Bilal Hadfi, Brahim Abdeslam, Foued Mohamed-Aggad, Ismaël Omar Mostefaï, and Samy Amimour – plus the fugitive Salah Abdeslam. Two other assailants who blew themselves up near the Stade de France soccer stadium are reported to have been carrying Iraqi passports, but have not been identified. The direct participation of the Belgian citizens Chakib Akrouh and Abdelhamid Abaaoud – widely described as the “mastermind” behind the attacks – is, for the moment, strictly a matter of speculation.

Moreover, all of the assailants involved in the attack on the Bataclan – Mohamed-Aggad, Mostefaï and Amimour – were not only French citizens, but French born-and-bred. This is particularly significant, since the Bataclan massacre was by far the deadliest of the attacks, accounting by itself for some 90 of the 130 deaths. All three of the assailants lived in France until the second half of 2013, when each of them left for jihadist-controlled territories in Syria.

The notion that the Paris attacks were a “foreign” attack on French soil was already floated by French president François Hollande on the very morning after the attacks, when he spoke of an “act of war that was prepared, organized and planned from outside the country.” But what, above all, placed the focus on Belgium was the precipitate identification of the Belgian jihadist Abaaoud as the “mastermind” behind the attacks. This was, of course, then followed by the equally swift elimination of the suspect.

According to French authorities, Abaaoud was one of three persons killed in a massive police raid on an apartment in the Paris suburb of Saint-Denis five days after the attacks. The body was said to be “unrecognizable,” but a statement released by the Paris public prosecutor’s office explained that a positive ID was made based on fingerprints. In the meanwhile, French media have published stills from a CCTV video that the authorities say show Abaaoud and Akrouh in the Paris metro on the night of the attacks. (See, for instance, here and here.)

Nonetheless, even if Abaaoud was in Paris and even if he did indeed participate in some way in the attacks, it is obvious – and by now generally acknowledged by counter-terror experts – that he did not have the experience or stature to have directed a terror operation of such great complexity. After all, he was the same age or younger than most of the known assailants and his involvement in jihad dated only from January 2014, when he first left Belgium for jihadist-controlled parts of Syria. An active presence on social media during the first months of his Syrian adventure, he stood out from other French-speaking Syria recruits, above all, by his immaturity. (For examples and more on Abaaoud, see here.)

Speculation as to who could have been the real “mastermind” has focused on more senior Syria-based jihadists such as Fabien Clain, who is believed to be the speaker in an ISIS audio message claiming responsibility for the attacks, and Salim Benghalem, who threatened France with attacks in an ISIS video released in February 2015. Both Clain and Benghalem are French born-and-bred. (Clain, more precisely, was born in the French overseas territory of La Réunion and moved to mainland France when still a child.)

It should be noted that ISIS has played along with the French depiction of Abaaoud as “terror master.” The initial communiqué claiming responsibility for the attacks only mentioned eight assailants, apparently covering the six French and “Franco-Belgian” assailants mentioned above plus the two unidentified Stade de France suicide bombers. That message was released on the morning of November 14, just hours after the attacks and before anyone had brought up Abaaoud’s name in connection with them.

But more recent ISIS propaganda material not only includes Abaaoud, but treats him, in keeping with the version favored by French authorities, as plot leader. Thus “Kill Them Wherever You Find Them,” a propaganda video that was released by ISIS’s Al-Hayat media arm on January 24, features hitherto unseen footage of all five of the French and Franco-Belgian assailants who are known to have died in the attacks, plus two Arab-speakers who are presumed to be the unidentified suicide bombers, and Abdelhamid Abaaoud. Chakib Akrouh also appears in the video. According to French authorities, Akrouh, like Abaaoud, died during the Saint-Denis raid.

It is an impressive feat on the part of ISIS to have been able to assemble footage of all the “martyrs” known or presumed to have been involved in the Paris attacks. It is striking, however, that whereas the footage of almost all the other featured “martyrs” clearly bears the hallmarks of ISIS’s recent highly produced, high quality video output, the footage of Abaaoud is far cruder. The only other exception is the footage of Brahim Abdeslam. All the others, apart from Abdeslam, can be seen wearing the standard issue beige fatigues of recent ISIS productions and participating in the kind of gory executions that have become the ISIS signature. The staging is exactly as in all other ISIS execution videos, right down to the victims’ orange jumpsuits. Abaaoud, by contrast, wears generic dark fatigues, such as one might buy in any Army-Navy store. He is seen in grainy footage sitting alone in a bare interior in front of a jihadist flag that appears to be draped over a white marker board. The audio track is of even worse quality than the image.

As at least some Belgian media have acknowledged, the fact that ISIS would lack Abaaoud footage of the same quality and style as that of the other jihadists should give pause and it again raises questions about his involvement in the plot. The paucity of footage of Brahim Abdeslam, incidentally, is less difficult to explain. Supposing that it was shot in Syria, the footage that is shown represents the first evidence that Abdeslam was ever in Syria at all and he is only believed to have arrived there last summer.

In any case, there is nothing surprising about the fact that French and French-speaking Belgian jihadists would collaborate on a terror operation. The border between France and Belgium has no greater significance for ISIS than the border between Syria and Iraq. Moreover, ever since European recruits first began joining ISIS in large numbers in late 2013/early 2014, French and French-speaking Belgian fighters have been organized into common brigades. (For a contemporaneous report, see here. Note that the Belgian recruit identified in the report by the name “Abu Omar” is in fact none other than Abdelhamid Abaaoud.)

Shifting the focus to Belgium has permitted an uncomfortable fact largely to escape notice: Notwithstanding the Belgian “contribution,” the November 13th Paris attacks were, in effect, just the latest in a long series of essentially homegrown jihadist terror attacks that have plagued France over the last several years. This series began with Mohamed Merah’s attacks in the Toulouse area in March 2012, including the massacre of three small children and a teacher at a Jewish school, and it reached its previous highpoint with the Charlie Hebdo massacre on January 7, 2015 and the deadly hostage-taking at a kosher supermarket just outside of Paris two days later. It also includes several smaller scale attacks and incidents – such as the June 2015 beheading of the businessman Hervé Cornara – some of which have been downplayed or dismissed by French authorities as the work of “mentally unstable” persons.

French jihadists, like Fabien Clain and Salim Benghalem, have made no secret of their desire to strike in France, and French jihadists have been directly responsible for the great bulk of the violence. However unpleasant it may be for François Hollande and other French officials to admit it: The danger comes from within. 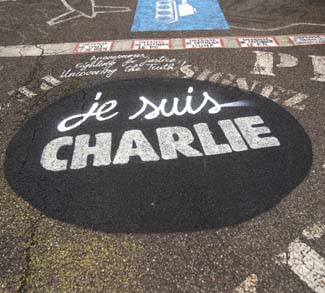