An Immigrant’s Case for Brexit 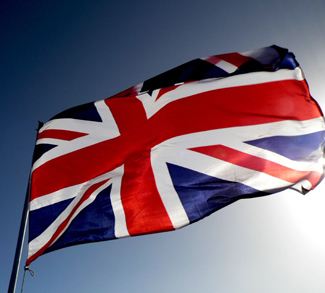 Whether the United Kingdom is able to manage its internal affairs better within or outside the European Union seems to be the crucial discussion topic ahead of the coming referendum on June 23.  If this is the case, the key matters to consider are immigration, defense, and the economy.

On immigration, beyond all the arguments put in favor or against Brexit, it is patently clear that Britain would have superior immigration policies benefiting itself if those policies reflect the needs of the country and not what the average EU member wants.  Nobody except Britain can understand better what its labor market needs in terms of number of foreign workers and their ideal qualifications.  This is why proposing a British tailored immigration policy, similar to the Australian work permit qualification system, is the smartest argument so far put forward by the Brexit camp.

The issue concerning non-economic immigrants, particularly those arriving from outside the EU, is a different one and borders with internal security, defense, and the economy. How this issue entered into the Brexit discussion and how the EU is imposing its diktat on this matter (for instance through proposed heavy fines to countries refusing to accept the quotas set in Brussels on immigrants) reflects the metamorphosis of the EU into something beyond economic union, a silent change that nobody imagined just a decade ago. But even we accept non-economic immigration as a matter debatable within the Brexit discussion, it is extremely difficult to believe that average rules imposed by a supra-national institution in Brussels would be greater for Britain than ones imposed from Whitehall, unless Britain surrenders its better grasp of the country to outsiders.

On defense, it is important to distinguish two key areas, one dealing with intra-state affairs and the other with internal security (i.e. defense against international terrorism).  Intra-state defense affairs affecting Britain are mostly covered by an international treaty that has nothing to do with the EU, i.e. NATO.  NATO membership is not under discussion within the Brexit debate. While this seems obvious, the defense argument has been smuggled into the Brexit discussion by the In camp, mainly because the EU has transformed itself into a Leviathan with geopolitical ambitions beyond its original goals.

The economic discussion is far more complex and is the field where most salvos have been shot.  The Remain camp started with a barrage of arguments alerting against the adverse economic impact on growth, employment, pensions, the pound, house prices, and international trade if Britain leaves the EU, ignoring the fact that it would take at least two years to finalize Britain’s divorce from the EU if the Brexit camp wins the referendum. Each bombardment under this barrage has been inconsistent with the previous one just shot, so it seems it is turning out to affect the In camp more than the Leave one as friendly fire sometimes does.  Certainly there are important benefits arising from the European common market in terms of free movement of goods and services.   This was the original intention of the EU’s preceding structures, but Parkinson’s law one more time proved to be right, with the caveat that work within the EU bureaucracy not only has expanded to fill time, but also to fill space and use wasted resources. That explains, for instance, the numerous bureaucratic rules that have proliferated and which negatively affect international trade within the EU, particularly preying on small and medium businesses.

It is important to highlight which forces, broadly speaking, are driving the Remain side of the debate. British corporations with transnational aims are clearly leading the In effort, as standardization and globalization helps them achieve their paramount goal of minimizing production costs irrespective of nationalities; their lobbying power to achieve their aims works better within the EU.  Part of the political establishment is also in the Remain side not only because of links to big business but also because the EU supranational legal structure will always be a convenient scapegoat when needed as it protects politicians from accountability.    There is a more ominous ally of the In camp, to the extent that it does not and cannot have British interests at heart; I am referring to the governments of the U.S., Germany, and France, among others.  For the U.S., handling Europe as a whole for its own political, economic, and defense purposes is a much far easier task at a supra-national than at a country level. As the EU took a geopolitical overtone, for instance in the case of the economic sanctions against Russia, this convenience is even more evident.  Last but not least, the EU grand elite, self-obsessed with total integration as recently admitted by the President of the European Council, also plays a key role as the potential ‘domino effect’ on other countries if Brexit wins the day is the nightmare scenario that awakes them every night.

As the 5th and 2nd largest economy in the world and Europe, respectively, Britain is not the average EU country.  Latvia, Lithuania, Hungary and Bulgaria receive annual worker remittances from abroad in excess of 3% of their economy, whereas in the UK this is just 1/5 of 1%.   Poland, 1/3 of Britain’s economy, receives more than Britain in these remittances.   The UK has lost 8% of its population through emigration (mostly pensioners who don’t create major burdens to host countries), against 19.9% (Lithuania), 19.5% (Bulgaria) and 17% (Romania).   The latter countries have been using the EU structure as a disposal mechanism for their population for whom they are incapable of creating jobs, perpetuating a dependence and a safe valve that are very convenient tools for incompetent politicians, much alike the case of Mexican immigration to the US.

At the end of the day, non quantifiable arguments also count, perhaps even more.  As an immigrant, I remember vividly my first exposure to British resilience during the IRA bombing in Bishopsgate in April 1993 that seriously damaged the building where I was working.  As my employer was a Japanese financial institution and, as the bombing happened on a Saturday morning, we needed to activate our back up office within 24 hours to start operating before Tokyo’s opening time equivalent to our Sunday evening.   I saw an amazing non-stop collective effort from my British colleagues to enable us to keep working without hiccups, which reminded me of the determination during the Blitz and increased my admiration for this country that ultimately gave me citizenship.    Of course there will be short-term challenges if Britain leaves the EU, but whoever is trying to instil fear on the population to win the argument is denying the inner strengths that this country has shown along its history.