American Decline and the Limits of Academic Thinking 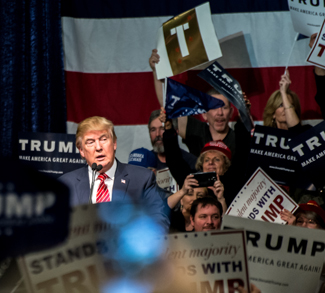 The US political system is broken and the American economy is struggling. US economic growth and prosperity ended twenty years ago.   The American Dream is at risk and the US economy does not deliver shared prosperity any longer.  These statements are not pieces of Kremlin propaganda or political slogans in the current US presidential race; they are among the findings in the recent study named The State of US Competitiveness 2016 by the Harvard Business School.

The Harvard study (which not only provides compelling economic facts, but also supports its views with a broad survey of its alumni and the general public) presents as main examples of the US faltering economic performance the ongoing slowdown in economic growth (currently at 2.1% or less than half of what it was in the 50s and 60s), the deep decline in productivity growth (less than half of 1% as opposed to the 4.6% peak in the 50s), the lowest job creation since the 70s and the declining labor force participation (the lowest since the early 80s, among the 3 bottom ones within the 34 OECD countries and making less meaningful the official unemployment rate improvements in the last few years).  More revealing, significant cracks in the American social fabric are expanding as average household income continues to decline (down 7% since the late 90s, with a perverse exception being salaries around Washington D.C.) and income inequality keeps widening since the 80s (with largest gains benefiting only the top 1% of the income distribution bell).  The traditional fundamental strengths of the US economy (including higher education, entrepreneurship, communications infrastructure, capital markets, industry clusters and management) are being eroded as small business keeps struggling and fails to lead job generation and start-ups keep lagging.

While its dire economic data is indisputable, the Harvard study presents serious shortcomings in its analysis of the roots and on proposed solutions to these problems as the reasoning is entrapped on the straitjacket imposed by conventional economic and political thinking.  Although the study was led by top academicians (including Michael Porter), if objective and dispassionate academic thinking cannot see the light then it is difficult to expect more from the leading US presidential contenders.

David Ricardo and Adam Smith were considered by some as the last economic thinkers able to understand the inner workings of capitalism beyond the subsequent (and current) focus on practicalities of the system. The concept of competitiveness is a good example of current limitations: while competitiveness is the driving force of capitalism, its benefits for winners have been artificially expanded to cover the entire society and to assume that more of it will only extend social welfare. This is not only a dogma of modern capitalist thinking but also the underlying stream of thought in the Harvard study, one from which all flaws on proposed causes and solutions derive.

Tax reform, a national economic strategy and a more proactive role of the corporate business class are the main solutions proposed in the Harvard study.  A more efficient, equitable and simpler tax system is expected to facilitate better capital distribution for the benefits of the whole society as a whole, ignoring for instance the limitations imposed by the US federal system and the complexities of the American socio-economic fabric.  Calling for a national economic strategy is impractical given the nature of the US economic (capitalist) system and the scarce precedents on management-worker cooperation in America (a crucial underpinning of a meaningful national strategy, something overlooked in the Harvard document). The proposed role of corporate business ignores the fact that it is still the main beneficiary of the system and cannot by nature betray its particular interests.

While short impact economic recipes abound in this report, the study is quite candid in acknowledging ignorance on political solutions. While the US political system is perceived as the main obstacle for economic prosperity, the study also acknowledges it cannot explain why the political system fails to deliver results, although it recognizes that monetary policy has replaced proactive government action.  More important, although equally distressing, is the perceived lack of consensus on proposed political reform.  The debate on political reform is intended to be circumscribed to economic matters, but even so it ignores broad issues with strong political impact such as defense spending, a matter barely mentioned.

Historians would argue that grave economic and social illnesses, such as the ones pointed out in the Harvard study (and exacerbated by a growing lack of trust in government, a widening social divide and an increasing pessimism and anti-business sentiment) are grounds for future social upheaval.  The fact that the American society was relatively immune in the early 20th century to the revolutions that affected and fundamentally changed vast areas of Europe and Asia is not a guarantee against future unrest.  The future does not look bright as the Harvard study highlights how the federal budget deficit is expected to triple (from 2.9% to 8.8% of GDP) in 30 years and the national debt is forecasted to raise to 141% of GDP, a level not seen since World War II.

More important, the current socio-economic malaise will drive one way or another political decisions of the next US government.  A more aggressive and militarily interventionist foreign policy, as feared by many from Hilary Clinton, would just be a distraction but also a destructive maneuver with far-reaching consequences, not only for Americans but to the entire world. A more inward looking and isolationist approach as expected from Donald Trump looks to many as a more genuine and focused response.   There is no need to believe in Karl Marx to acknowledge how economic conditions, as the ones highlighted in the Harvard study, will ultimately be responsible for US domestic and foreign political action.  In this context, private e-mail servers and female bullying are just fatal distractions. 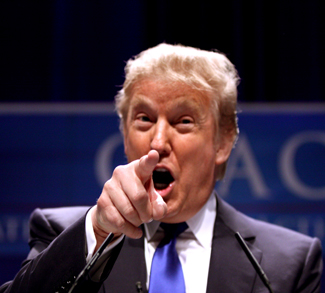 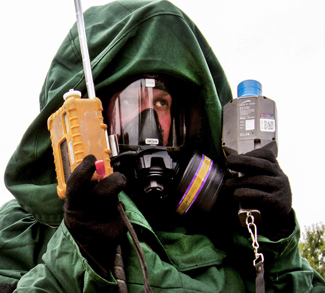 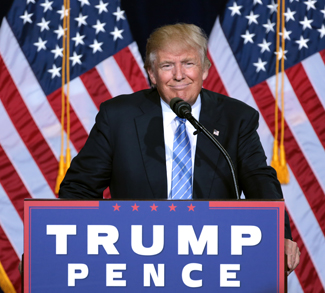