This month marks the 10th anniversary of the infamous gas deal brokered with Russia by Ukrainian politician Yulia Tymoshenko. The anniversary, which fell on January 18, came at a particularly inopportune time for the charismatic populist, just days before she formally announced her candidacy in Ukraine’s upcoming presidential elections. Tymoshenko is striving to show voters that she can drive progress in a country still blighted by conflict. But, in the eyes of her detractors, the gas deal demonstrates the exact opposite: that she in fact represents the very same conservative, pro-Russian interests she promises to overthrow.

Gas, in fact, is central to Tymoshenko’s platform. The two-time prime minister, famous for her pugnacious oratory and braided blonde hair, says she wants to drive down gas prices, defying Ukraine’s recent commitment to the International Monetary Fund. She thinks the market, rather than government decrees, should determine prices. This is part of a wider commitment to economic growth, increasing salaries and pensions while blitzing graft. On the international front, she pledges to confront Russian aggression and move closer to the EU and NATO, pulling Ukraine from beneath “the hand of the Kremlin” that wishes to impose “devastation and chaos, corruption and poverty” on Ukraine.

Yet many will find this platform impossible to square with events of 2009, when Tymoshenko, known as “the gas princess” for her remarkable career as an energy trader, was parachuted in to mediate supply talks between Moscow and Kiev. She agreed to buy Russian gas at European prices, significantly higher than Ukraine had paid previously, and committed her country to buy a fixed volume of gas each month, even when it wasn’t needed. In contrast, Russia wasn’t even obliged to send a fixed monthly volume of gas through Ukraine, meaning their former satellite had no guarantee of the transit fees it would receive.

The deal was so bad that Tymoshenko was jailed for it in 2011, a decision she describes as an act of vengeance by Viktor Yanukovych, the man she had ousted from power as a leader of the 2004 Orange Revolution. Although this claim has been backed by Western leaders, her reputation has never truly recovered from her disastrous agreement with Putin, and it is sure to come up regularly throughout the presidential race.

Tymoshenko’s promise to reduce household gas prices, opponents will claim, is contradicted by the grossly inflated fees she agreed a decade ago; her economic pledges will be set against claims from Naftogaz, the country’s state-owned gas monopoly, that her folly has drained $32 billion from the country’s coffers. Most damagingly of all, the 2009 agreement suggests that, far from standing up to Putin, Tymoshenko will willingly accede to many of his demands.

Indeed, Tymoshenko has been dogged throughout her career by rumor and innuendo surrounding her alleged ties with Moscow. Despite her key role in the pro-Western Orange Revolution, opponents continue to refer to her upbringing in Russian-speaking Dnipropetrovsk, the close relationship with Gazprom which helped make her fortune, and, most damaging of all, the endorsement from Putin – who once described her as the only person in Kiev he could work with.

Tymoshenko, for her part, maintains she is an honest and consistent politician. During her recent campaign pitch she admitted to mistakes, but insisted they were “sincere” ones. Yet the twists and turns she has taken throughout her political career can paint a different picture. Having led the protests against the pro-Russian Yanukovych in 2004, she then joined forces with the Kremlin in an attempt to remove his successor Viktor Yushchenko, who was pushing for Ukraine to join NATO – an objective she now wholeheartedly supports. She promises a sweeping package of Western-style reforms, yet her party has the worst record of Ukraine’s five biggest ‘pro-European’ parties in voting for such progressive measures. Given these vast contradictions, it’s easy to deride her as a shape-shifting populist.

By contrast, Tymoshenko’s key opponent in the presidential election, current leader Petro Poroshenko, has gradually inched Ukraine away from Moscow and towards Brussels during his time in office. As well as halting Russia-backed separatists in the east, he has overseen a reduction of cross-border trade while pushing constitutional amendments that facilitate membership of the European Union and NATO. In a major move early this month, the Ukrainian Orthodox Church broke away from the Russian patriarchate. And last spring, Naftogaz won a landmark victory over Gazprom against Stockholm’s chamber of commerce, which ordered the Russian firm to fork out $4.6 billion in unpaid transit fees – a direct consequence of the flaws in Tymoshenko’s 2009 agreement.

Yet, for millions of Ukrainians, change isn’t coming quick enough. Although the economy has notched up impressive growth, the ramshackle state of the healthcare system provides a far more telling image for ordinary voters. Poroshenko has pushed an ambitious anti-graft agenda since taking office, but a number of corrupt politicians continue to evade justice, fueling suspicions of a lack of substance. The president himself believes that his reforms won’t be truly felt for three years, hardly a reassuring message for a nation scarred by years of war and hardship.

In this context, it’s easy to see how Tymoshenko, with her ability to connect with ordinary people, might pull off an electoral victory. She has promised to reverse Poroshenko’s reforms and pursue a course of “social justice” instead, deriding her rival’s efforts as nothing more than a “fake success.” Echoing the pan-European populist uprisings of recent years, she is promising drastic, immediate results to a people tired of empty pledges.

But will the Ukrainian people buy it? After years of broken promises and unfulfilled uprisings, they’ve heard all this before. Tymoshenko, recently named the biggest liar in Ukrainian politics by one prominent analysis site, remains damaged goods to many voters. As has been widely documented, she has changed her famous hairstyle to a demurer ponytail as part of her latest makeover. But it will surely take more than that for the one-time “gas princess” to overcome the legacy of her biggest political failure. 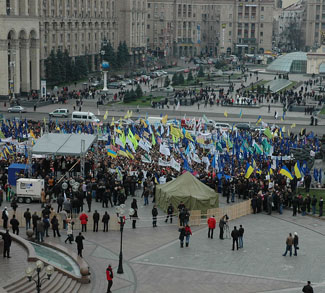 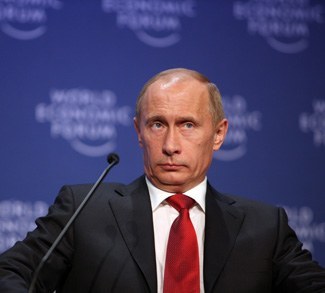