Contrary to claims of taking a more diplomatic approach with Iran, the Bush administration has significantly expanded US covert operations against the Islamic republic courtesy of a $400 million budget approved by Congress last year, thus foreshadowing preparations for war.

Citing current and former military intelligence and congressional sources, the New Yorker magazine reports the heavily funded operations, described in a highly classified Presidential Finding signed by President Bush, entail destabilizing the Iranian government and its suspected nuclear weapons program via the financial support of minority and opposition groups, among them the US black-listed Mujahadeen-e-Khalq (MEK) and al-Qaeda linked Jundallah, also known as the Iranian People’s Resistance Movement.

US support of such dissident groups makes for strange bedfellows but is central to the Bush administration’s strategy of provoking a violent crackdown by Iran, resulting in a pretext for intervention and paving the way for the ultimate goal of regime change before the end of term in January 2009.

Such covert operations against Iran are not unprecedented, as the Joint Special Operations Command (JSOC) has been conducting cross-border operations from southern Iraq since last year.  These operations have included seizing members of Al-Quds, the commando arm of the Iranian Revolutionary Guard, and taking them to Iraq for interrogation, as well as the pursuit, capture, and/or execution of “high-value targets” in the “war on terror”.  However the scale and the scope of operations in Iran, which also includes CIA initiatives with the JSOC, have now been significantly expanded.

Despite congressional approval, some legislators, including top Democrats, are troubled by the Finding and have realized that the Bush administration conflated intelligence operations (as carried out by the CIA) and clandestine military operations (as carried out by the JSOC) in order to give Congress a partial view of how the money it authorized would be spent, because unlike covert CIA operations, the activities of the JSOC do not have to be described in the Finding on account of what the Bush administration interprets to be the President’s constitutional right to command combat forces in the field without congressional interference.

The White House has remained silent about the New Yorker article, although in the past it has repeatedly denied preparing for a military attack against Iran despite an increased US naval presence in the Persian Gulf and harsh rhetoric regarding both Iran’s nuclear program and backing of Iraqi Shiite militias.  The CIA has also declined comment, while the US ambassador to Iraq, Ryan Crocker, has denied allegations of cross-border operations.

Although Washington has conceded that Iran has the right to develop nuclear power for civilian uses, the US is at the helm of international efforts to halt what it suspects is Iran’s development of nuclear weapons; intelligence revealing that Iran halted its nuclear weapons program in 2003 has gone unheeded.

World Bank President Robert B. Zoellick has called on leaders of the G8 as well as the major oil producers to act now to deal with surging food and energy prices, warning that the world is now “entering a danger zone.”

Oil rushed to record over $145 a barrel on Thursday ahead of the Independence Day holiday, extending a rally that has added 50 percent to prices this year

President Bush on Monday signed a $162 billion war-funding bill that includes doubling college benefits for troops and veterans and provides a 13-week extension of unemployment benefits.

The Pentagon will buy and operate one or two commercial imagery satellites and plans to design and build another with more sophisticated spying capabilities, according to government and private industry officials.

The Federal Reserve’s use of core inflation measures is harming its credibility, the new president of the St. Louis Fed wrote in an editorial released on Thursday.

Columbian-French politician Ingrid Betancourt was reunited with her children Thursday for the first time in six years, a day after she and 14 other hostages were rescued by Colombian soldiers posing as their Marxist rebel captors.

Poland spurned as insufficient on Friday a U.S. offer to boost its air defenses in return for basing anti-missile interceptors on its soil but said it remained open to talks with Washington.

Dmitry Medvedev said on Thursday his presidency would have a different tone from his predecessor and mentor Vladimir Putin’s and hinted the Kremlin might consider easing its complete dominance over domestic politics.

The Russian foreign minister said Russia is concerned over the escalation of violence in Georgia’s breakaway region of South Ossetia and urged Georgia to sign a ceasefire deal with its breakaway regions.

Iraq said on Monday that it had failed to sign technical support deals with global oil majors hoping to cash in on boosting the war-torn country’s extensive but underexploited oilfields.

The Iraqi foreign minister said on Tuesday that Washington has agreed to scrap immunity for foreign security guards in Iraq, moving the two countries closer to signing a long-term security pact.

The Bushehr nuclear power plant being built in Iran will be launched in October, a high-ranking Iranian nuclear official said on Sunday.

Iran responded on Friday to an incentives package offered by six world powers aimed at resolving a standoff over its disputed nuclear ambitions.

Turkey’s Islamist-rooted ruling party Thursday presented its final defence in the country’s highest court against charges that it had sought to undermine the secular system and should be closed down.

June was the deadliest month for foreign troops in Afghanistan since the 2001 fall of the Taliban and the second in a row in which casualties exceeded those in Iraq, official figures showed Tuesday.

President Pervez Musharraf insisted Friday that Pakistan’s powerful army still supports him, but he said he would step down if he thought it would solve all of the country’s problems.

African leaders were expected to press President Robert Mugabe on Tuesday to negotiate with Zimbabwe’s opposition but were unlikely to punish his government for holding a discredited presidential election. 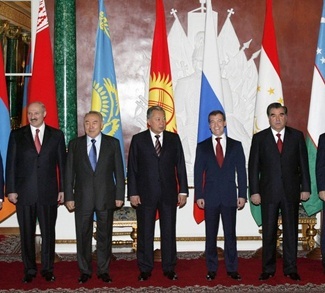 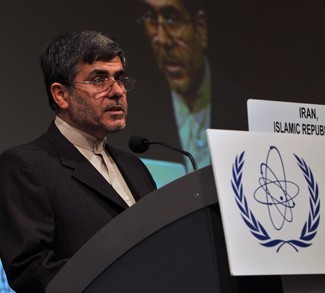