The Weakest Link in Trump’s War on Terror 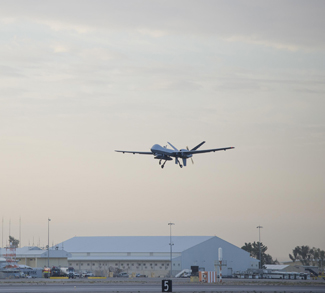 The Trump administration’s first special operations attack certainly didn’t go as hoped. On the night of January 28, in a village in central Yemen, the first raid authorized by the new president allegedly killed 14 Al-Qaeda fighters, at least 11 women and children, and one US commando. In addition to causing the deaths of civilians and a member of the US military, it’s questionable if the attack even achieved its stated objective. While the raid succeeded in killing its target, Abdel Raouef Dhahab, a suspected leader of Al-Qaeda in the Arabian Peninsula (AQAP), it might well cause unintended consequences. Farea Muslimi, chair of the Sanaa Center for Strategic Studies, claimed that his death will merely stoke anti-US feelings, since “he is a tribal sheikh and has nothing to do with AQAP.”

It’s well known that the US’ history of killing civilians only plays into the hands of the terrorists they are supposedly targeting. And Trump’s statements that he believes torture works, his comments that he might revive CIA-operated “black site” prisons, and his attempts to ban visitors from seven majority-Muslim countries, are likely to backfire, giving terrorists more motivation to attack US targets.

However, one of the most insidious holes in US counterterrorism policy is likely to be Djibouti, the very base that serves as a launch pad for the administration’s war on terror in Yemen and East Africa. Despite Trump’s oft-repeated quip that he would take out the families of terrorist suspects – a clear infringement of the Geneva Convention that amounts to nothing less than a war crime – there is one black swan event that could make him rethink the entire drone program: China’s moves inside Djibouti. How the former real estate mogul negotiates this relationship will have drastic consequences for America’s relations with other small and medium countries that are nevertheless important for national security.

Djibouti, a barren, forgotten “sandlot” of a country roughly the size of New Jersey, is the host of America’s only bricks and mortar base in Africa. Camp Lemonnier, leased for $60 million per year, houses 4,500 troops and contractors who lead missions against Al-Shabab in Somalia and AQAP. The US military bought the base from the French soon after 9/11, seizing on its strategic potential. They selected Djibouti for its relative stability in a volatile region and for its position, close to both East Africa and the Arabian Peninsula. Since then, other powers have taken note of Djibouti’s increasingly critical placement. The country also hosts Japan’s only overseas base, Spanish and German anti-piracy soldiers, and Saudi Arabia is set to start building its own installation as well.

Despite Djibouti’s undeniably choice location, US officials might have made a deal with the devil in choosing to partner with such a government. Ismail Omar Guelleh, the four-term president that rules with impunity over this pin sized country, is now one of China’s closest allies. The Middle Kingdom is the biggest investor in the East African nation, prompting the Djiboutian finance minister, Ilyas Moussa Dawaleh, to say that relations with China are “much more important than any other long-standing partner.”

What’s more, Beijing decided to break with decades of foreign policy restraint and open its first foreign military base here. In 2015, the US was reportedly ordered to vacate a supply base in the Obock region so that it could be turned over to the Chinese. Guelleh has also attempted to give Beijing a concession over its key port, which would force the US military to run key supplies through a Chinese-run zone.

It’s highly unlikely that the new US administration will look kindly on Djibouti’s efforts to play both sides while still receiving injections of US funds. Trump himself has sharply questioned the value of foreign aid during his campaign, saying the US should stop sending such funds to “countries that hate us.” As a candidate, he said little to nothing about US policy in Africa, only recently breaking the silence to ask State Department staff a series of questions that only further demonstrated his skepticism about aid to the continent.

When considering Trump’s hostile stance towards China, it’s not impossible to see the White House deciding to take a step back and scaling down its drone wars in East Africa while the relationship with Djibouti is reassessed. Were Camp Lemonnier compromised by Chinese counterespionage – as the US ambassador there worried – the short-fused Trump would likely take drastic action and simply move the base or start a proxy war with Beijing.

And therein lies the rub: while many analysts worry about US alliances with other G20 members (as the ruckus over the call with the Australian Prime Minister showed), some forget just how dependent Washington is on a network of small, rarely-mentioned countries that act as its “unsinkable aircraft carriers.” Djibouti is just one example out of many: Lithuania, Austria, and Greece hosted CIA black sites and participated in the “extraordinary rendition program,” Romania boasts the American missile defense shield, and Kuwait has no less than four camps used by US forces. Each of these countries has a special interest in working with the Trump White House, but their US allegiances should never be taken for granted. Greece has been flirting with Russia, the Austrians are deeply skeptical of the U.S., and Kuwait has historically been one of Iran’s closest allies.

Moving forward, it’s important to take note of these undercurrents streaming across the global landscape. America’s approximately 800 military bases spread across more than 70 countries is perhaps the biggest indicator of the sheer size and unparalleled reach of the US military. Both the special ops program and the drone program are utterly dependent on these installations and it remains to be seen how Trump will navigate through these rocky waters. 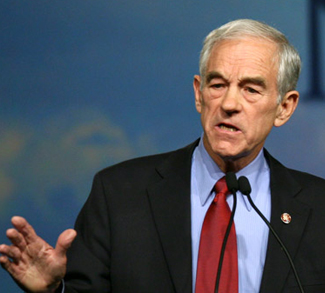 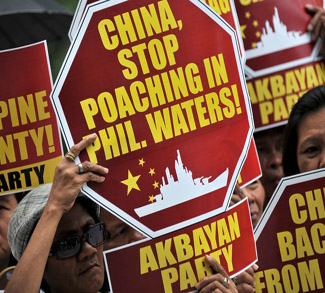