Radicalization: Who, How and Why? 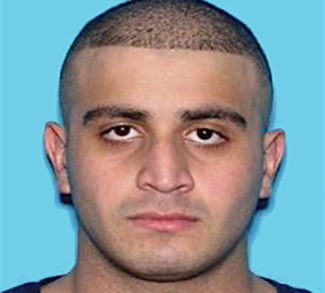 Beyond all speculations after the Paris killings and Orlando shooting, a question remains: Why do we have the radicalization of young people, across borders, with reasons that are explainable through emotional problems rather than genuine affiliation with a terrorist organization, but with the same goal of killing people?

After the Orlando mass shooting, FBI Director James Comey said authorities were trying to determine Omar Mateen’s reason for the atrocity. There appears to be no clear indication that he was part of an organized terror network, but he is supposed to have been inspired by them and the case fits ISIS like a glove. “There are strong indications of radicalization by this killer and of potential inspiration by foreign terrorist organizations,” Comey told reporters. “We’re highly confident this killer was radicalized at least in some part through the Internet.” Comey said that Omar Mateen had been interviewed twice by the FBI because of suspicions that did not result in any concrete evidence.

Earlier this June, during the International Conference on Fighting Terrorism for World Security in Bucharest, Major General Carlos Branco, strategic analyst, former deputy director of the Portuguese War College in Lisbon, tried to explain the phenomena behind the Daesh acts, emphasizing that some explanations we have now are misleading and misguiding in our future responses. Branco believes that “the threat lies not so much in ISIS but in the radicalization of population in Europe” and “ISIS is more dangerous than Al Qaeda because it appeals to the European youth and it has a worldwide reach, in order to destroy.” On the other hand, Branco thinks that “Bin Laden was stronger while ISIS is doomed to failure.” Following the idea of radicalization among youth, Hosam Matar, senior researcher with the Consultative Center for Studies and Documentation in Beirut, invited the audience to think “Why and how these daily attacks in MENA have come from? Is it Islam? Yes and no. We have had Islam for thousands of years but we have Daesh only now.” Matar sees discourse as fundamental for radicalization: “the Arab youth feel that their collective identity is marginalized, and that their identity is more important than their souls, so they sacrifice their souls for identity. The Arabs have lost many things, such as Palestine, and this has left traces, so the Arabs are in a state of indignity and an opportunity to achieve glory is this kind of inflammatory discourse, very attractive for the youth. However, not the strong Muslim societies yield most terrorists, but the weakest: 3,000 fighters come from Tunisia, and Tunisia is the most Westernized Arab-Muslim country,” says Matar.

“Why have so many young Europeans from so-called advanced countries joined Daesh?” This was also the question raised by Seyed Vahid Karimi, the director of Center for Europe of IPIS in Tehran, during the same conference.  He has however an optimistic view:  “Terrorism is a huge concern nowadays in our area, but determination and cooperation among governments can and will disintegrate the terrorist groups,” he said, thinking mainly of the Middle East, devastated by daily attacks on innocent people.

During the same conference in Bucharest, Rezrazi El Mostafa, expert on criminal psychology from Mohammed V University in Casablanca, Morocco, and visiting professor with Sapporo Gakuin University in Ebetsu, Hokkaido, Japan, made interesting remarks. El Mostafa believes we should understand the mind of the perpetrators of the evil “because they are not mad. They have a deficit of social connections, a deficit of social intelligence, an emotional deficit and psychological difficulties to adapt themselves to society. We should interpret their behavior by using theories such as collective narcissism and leaderless jihadism,” theories conceived by two American researchers which El Mostafa adopted and worked on in his field research. El Mostafa makes the difference between Al Qaeda and Daesh: “Al Qaeda thought that capitalism could be defeated by attacking its center, Daesh thought it is the periphery that [should be attacked in order] to weaken a system.”

The definition of terrorism should be given within the context of international law and the UN Charter, believes  El Mostafa, who calls attention to the fact that, in the future, “If we bring private military companies to defend us against terrorists, we shall not be able anymore to give a definition of illegal terrorist acts. If states are now using violence to fight against terrorism, and later on we transfer this task to private companies, how can we define the border between legal and illegal use of violence in the next 15 years??”

In April 2016, during the GlobSec2016 conference in Bratislava, Michael Chertoff, former head of Homeland Security, suggested that many can become radicalized, and he explained that the radicalization process should be seen as potentially taking place in people who already have a propensity for crime and, when an unpleasant experience in their life occurs, they start killing. Chertoff also suggested the possibility to monitor certain individuals who are susceptible to become criminal due to their activities. A confirmation of the usefulness of this endeavor may be now the fact that Omar Mateen had been interviewed by the FBI twice in the past and had been on the watch list once. However, the human right to privacy remains an issue, and it is always hard for law enforcement agencies to define where the boundary is between one’s right to privacy and the others’ right to security.

Maqsoud Kruse, the director of Hedayah, the international center dedicated to countering violent extremism located in Abu Dhabi, also believes that anybody can become radicalized as a result of emotional, not rational decisions, that extremists have loose relations with their families and communities and the Internet makes them easy prey. “Radicalization starts with unhappiness in one’s life. On the one hand we have the depressing reality, on the other hand we have the Internet. This is how a person becomes prey to the radicalization discourse, and decides to leave one’s own country and join the fighters within short time,” says Kruse. Hedayah has studied FARC, ETA, Daesh, Hezbollah and other terrorist organizations and has complex findings covering all the stages of radicalization.  One clear conclusion is that “radicalized people no longer enjoy life, and start thinking of death as catharsis.”

Going through all these observations and statements, we can easily extract key words that may be constructive in finding customized solutions that have nothing to do with force and military action. Although the territory and the manifestations may be different due to cultural specifics, “emotional problems, propensity for criminal activity, the Internet, and a particular vitriolic discourse” seem to be the common denominators in radicalization.