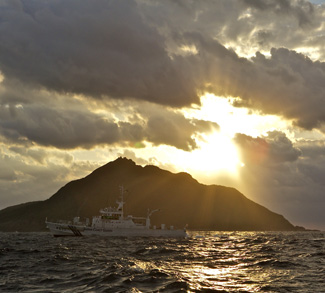 The East China Sea territorial dispute between China and Japan figured prominently in various geopolitical risk forecasts for 2014, and with good reason. Neither side shows any sign of standing down, and with every new military deployment near the contested area comes an increased risk of a small-scale military incident spiraling into war.

Anti-Japanese sentiment in China runs deep, fueled by memories of Japan’s brutal invasion and occupation during World War II. These feelings have been strengthened by the Chinese education system and state-controlled media, along with frequent examples over the years of half-hearted and waffling contrition on the part of the Japanese government. They have even been absorbed into the national narrative of China’s rise, such that China will only receive the official stamp of superpowerdom once Japan has been fully eclipsed in East Asia – politically, economically, and militarily.

As architect of China’s rise and self-professed redeemer of the Chinese nation, the Communist Party of China (CCP) needs to take these feelings into account. To neglect to do so would contradict the Party’s own carefully-crafted national mythology, and consequently erode the legitimacy of its one-party rule.

The dispute over the Diaoyu Islands (Senkaku in Japanese) is one issue where the CCP is prisoner to its own logic; thus, we shouldn’t expect any dovish overtures from Beijing, especially so long as the Abe administration insists on rattling the cage.

Though the underlying motivations may differ, Japan appears just as intent on not backing down. The resurgent nationalist vein that helped propel Shinzo Abe into power maintains that Japan has apologized enough for its militarist past, and it should now stand shoulder-to-shoulder with other major powers in international society as a “normal,” aka not abashedly pacifistic, democratic country.

Japanese politics seem to be at a crossroads, one with any number of disconcerting historical parallels (interwar Germany for one). After decades of deflationary economic malaise and ringing condemnations from its neighbours, a political force has arrived promising a reason for Japanese people to hold their heads high again. The elixir of Abenomics has already worked its magic on the economy – at least for the time being. Now all that remains is the question of Japan’s role in East Asia: Will it be a passive pole of US military power, or an assertive regional player that actively leans into China’s expanding capabilities?

This is a question that Prime Minister Abe would happily answer if given the chance, and with his oft-stated dream of amending Japan’s pacifist constitution and incendiary visits to the Yasukuni Shrine, it’s no great secret what form his answer would take. Whether or not the Japanese public will allow him to do so is another story. Although recent polls have shown a troubling anti-China trend (over 90% of the Japanese public have an “unfavorable” impression of China), Japan’s pacifist worldview is still largely intact, with 57% of the population opposing a government push to reinterpret Article 9, which would allow the Japanese military to participate in collective defense operations with the United States.

With both sides stubbornly insisting on the righteousness of their cause, the Diaoyu dispute stands as a serious problem with no easy solution. Both governments know that war would be economically disastrous, with annual two-way trade between China and Japan in excess of $340 billion, yet war remains a distinct possibility if the present course is maintained.

It follows that if peace is to reign in the East China Sea, an outside mediator might be needed to defuse tensions and foster some kind of constructive dialogue between China and Japan. At first glance, the United States appears to be the most likely candidate. Armed conflict between Japan and China is about the last thing Washington wants to see in the Asia Pacific region, especially since it would be legally obligated to join in under the terms of the US-Japan security treaty. These concerns were echoed at a recent high-level defense meeting in Seoul, where Admiral Samuel Locklear, the head of US Pacific Command, urged a diplomatic solution to the East China Sea dispute, warning that it would take just one miscalculation from an inexperienced naval officer on either side for a full-blown crisis to break out.

Yet while it’s certainly true that the United States has a lot to lose in any conflict over the Diaoyu Islands, the Americans are not viewed as an impartial party in the eyes of the Chinese leadership. To Beijing, the enduring US military presence in the Asia Pacific – which itself hinges on the US-Japan security treaty – is a cold war anachronism that has been quietly repackaged into a containment strategy aimed at China. This perception of a pro-Japan bias hampers the US government’s ability to step in and broker a deal to end the dispute, leaving it with the single and thus far futile recourse of pressuring its ally in Tokyo to stand down.

There is another party embroiled in the East China Sea dispute, albeit one that is frequently absent from the headlines. Taiwan maintains its own claim to the islands, and it is geographically closest to the tiny archipelago. The Ma Ying-jeou government has also displayed some diplomatic flexibility vis-à-vis the obstinance on display in Beijing and Tokyo. In April of last year, Taiwan and Japan agreed to a fishing accord granting Taiwanese fisherman access to Japan’s exclusive economic zone around the disputed area. The deal stands as a positive example of mutual economic benefit beating out the short-term political expediency of a populist line.

The Ma government in Taiwan is also promoting a more comprehensive diplomatic solution to the conflict in the form of its East China Sea Peace Initiative (ECSPI). The plan calls for a peaceful resolution to the dispute that: avoids antagonism; promotes dialogue; abides by international law; establishes a code of conduct; and allows for joint exploration and development of resources in the disputed area. Though it’s unlikely the Taiwanese plan will be accepted at face value by China, which views the self-governing island as its own province and thus lacking in the authority to engage in multilateral diplomacy, the ECSPI is the best attempt so far at taking this precarious regional flashpoint and transforming it into an economic boon for all parties involved.

Like so many other disputes past and present, it doesn’t matter so much which party is “right” on the Diaoyu Islands, but that the issue is resolved in a peaceful manner. Doing so will require an act of faith from both Japan and China. Abe may already be attempting, however feebly, to atone for his recent shrine visit, declaring that “no heroes rest at Yasukuni” in a Davos speech that was roundly panned by Chinese and South Korean diplomats. It will take a lot more than that to reopen the regional lines of communication, and the task might fall to the Japanese people, who need to send a message to Abe that his dream is not a shared one.

A diplomatic opportunity lies in Japan’s self-marginalization if Beijing is willing to seize it. If the Chinese government can transcend the bitter history involved and take the lead in implementing the spirit of Taiwan’s ECSPI plan, it would go a long way in proving that Beijing is a responsible force in the region. This would serve Chinese interests in a wider sense, from defusing tensions in the South China Sea and sapping regional support for a greater US military presence, to even accruing some of that much sought-after soft power.  When viewed in this light, the cost of serious, though ultimately passing popular dissatisfaction might be worth paying in order to shore up longer term strategic considerations.

Given what’s at risk – the lives, wealth, and legacy; not just in East Asia but the world – the decision to seek a peaceful solution should be a no-brainer.

For more information about the competing claims on the Diaoyu Islands, please click here. 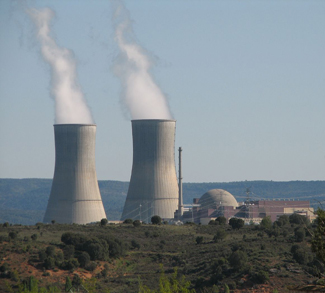