Lessons from the Fall of Bo Xilai 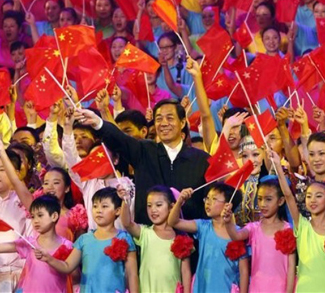 The go-to media narrative of the fall of Bo Xilai declares that it’s the most important political event to occur China since the Tiananmen Square protests of 1989. That may well be true, but there is more to be gleaned from the story than one man’s fall from grace.

There is no shortage of information on the life and times of Bo Xilai, so in the interest of brevity this article will try to convey the essence of the man in just one anecdote. Back when Bo was the mayor of Dalian, the city hosted an official visit from then-president Jiang Zemin. On top of the usual sidewalk sweeping and screw tightening that one would expect, Bo decided to go the extra mile and imported a set of highly sophisticated eavesdropping equipment from Germany. That way, he could listen in on the president’s conversations while in the presumed privacy of his car or hotel room. The reason behind this surveillance? To monitor President Jiang’s complaints and observations as to ensure that his visit went smoothly. In the end, Bo’s obsessive paranoia carried the day, as he was promoted over one of his adversaries almost immediately after President Jiang left.

This is the man who would have surely ascended to the Politburo Standing Committee had it not been for a finely tuned sense of self-preservation in his Police Chief Wang Lijun. That he would have done so despite ongoing corruption investigations surrounding his wife and said police chief is a testament to the power and influence that he wielded only five short months ago.

But now Bo Xilai has been purged, and CCP leaders are scrambling to dirty him with something that will stick. This is the first lesson of Bo Xilai’s downfall: keeping him down may prove easier said than done. While it is true that Bo has no shortage of enemies, he is also well liked by certain segments of the population, particularly in Chongqing. One would expect the CCP leadership to be aware of this and respond by going for the jugular. But so far the best they’ve been able to do is make vague allusions that Bo sought a return to the days of the Cultural Revolution and paint him as a politician bent on rolling back market reforms, neither of which are entirely true. What’s more, even if there is a wealth of evidence pointing to graft, the CCP will think twice before going down that road out of fear it would lay bare the Party’s own shortcomings.

The lack of workable dirt on Bo Xilai is definitely a headache for the CCP. But maybe, just maybe, this is about to change. A French architect named Patrick Devillers has recently emerged as a central figure in the Bo Xilai saga. According to the Financial Times, Devillers was a former business associate of Gu Kailai, Bo Xilai’s wife, and the very man that Neil Heywood ended up replacing after Devillers had a falling out with Gu. Devillers was arrested in Cambodia last month, and he flew to China last week in order to give evidence in the Gu Kailai case, presumably in exchange for immunity. It’s possible that Beijing leaned on Phnom Penh for a favor (the second in as many months) and asked them to pressure Devillers in order to get him back to China. Perhaps Devillers is the one person who can smear Bo Xilai with the same disgrace that adorns his wife.

The second lesson of the Bo Xilai affair is that the myth of a smooth CCP succession mechanism has been shattered.  Since the death of Mao Zedong, the CCP has gradually dropped socialism as its primary source of legitimacy in favor of a more practical, result-driven dogma: CCP as the vehicle by which China will rise to global prominence as an economic and military superpower. This is used as a legitimizing rationale for one party rule, and an intrinsic part of this rationale is that the party has processes in place that preclude the factional warfare that characterized internal CCP politics during the Cultural Revolution.

The Bo Xilai saga has shattered the idea that factional succession struggles are a thing of the past. And if any doubt remains, consider the fact that Bo visited the 14th Group Army in Kunming immediately after news broke that Wang Lijun had sought asylum in the US consulate in Chengdu. This was the regiment that had historical links to his celebrated father, Bo Yibo, and Bo Xilai’s decision to head there as soon as Beijing learned of the breadth of his activities gives the impression of a desperate man trying to precipitate some sort of last minute military coup.

But alas, as he are all now aware, his visit to the 14th Group Army came to nothing and now Bo Xilai and his wife are being interrogated at undisclosed locations somewhere in northern China. Although it’s always possible that things may change once a new standing committee is sworn in, the legal proceedings of the case, or rather the lack thereof, are illustrative of the rule of law deficit that continues to plague Chinese institutions. Bo Xilai may pop up again for a show trial, or maybe not, and the same goes for his disgraced wife and police chief. The hamster wheel of the Chinese legal system will continue to spin until someone in Beijing decrees it to stop. This rather arbitrary state of affairs has elicited sympathy from such unexpected corners as dissident artist Ai Weiwei, who himself got caught up in the hamster wheel for 81 days last year and is still fighting a substantial tax evasion lawsuit. Though Ai disagrees with Bo’s politics, he laments the fact that both of them are caught up in the same machine; one that doesn’t seem to be changing anytime soon.

And finally, there is the lesson of Bo Xilai’s popularity. Some see it as the result of his faux neo-Maoism message resonating with the people, the ‘singing red’ and Mao Zedong SMS text messages. But in reality, this kind of political gimmickry won’t get you very far with a population not far removed from the chaos of the Cultural Revolution. Rather, Bo Xilai was popular because he was viewed as sympathetic to the rural poor. And, if anything, the neo-Maoist streak was simply a byproduct of this. While in control of Chongqing, he promoted a rural-urban dipiao system whereby rural landowners could auction land in exchange for the legal right to move into the city. In a country that abides by a hukou system preventing the free internal movement of citizens, this kind of program stands out as an innovative way of achieving a wider distribution of urban opportunity. In the end, opponents to the program succeeded in having it shut down permanently in 2010.

Thus perhaps the most important subtext of the scandal is the ongoing political alienation of the rural class, a niche that Bo Xilai was able to fill. And what these supporters will choose to do when they see their former patron raked over the coals is anyone’s guess. 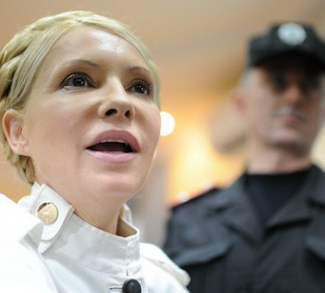