“Yoshihide Suga has the cunningness of the fox and the slipperiness of an eel.”

That is the opinion of Professor Noriko Hama, a specialist in Japanese economics and politics at Doshisha Business School in Kyoto.

Her view is that Mr Suga has been cunning in his backroom deals among the men who represent the rival factions of the ruling party, the LDP. This has secured him enough support to get the job of party president – and thus become prime minister.

Professor Hama notes that Mr Suga has written in a book in which he says that he admires the Italian diplomat Niccolò Machiavelli and “will go forth with Machiavelli’s words in my heart.”

Machiavelli said in 1513: “One must be a fox to recognize traps and a lion to frighten wolves.”

Professor Hama says: “Mr Suga doesn’t look like a lion but he certainly has a very foxy feel to him. And he has the slipperiness of an eel when dealing with questions from the media, so I think this is a very unfortunate situation for Japan, especially at a time when relations with China and South Korea are about as bad as they can be.”

The previous prime minister Shizo Abe, who served his second term from 2012 until his retirement due to ill health this summer, was admired for his skill as an international statesman. His principle goal was to balance the delicate relationship between Japan, China, and the United States. He can take credit for making progress in improving diplomatic relations with China. When he made a historic visit to Beijing in 2018, both countries promised to continue working towards closer ties. 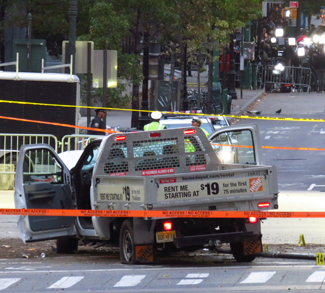 Backgrounders September 27, 2018
Back to Top