After months of increasing tensions marked by missile tests, military shows of force, and heated rhetoric, the situation on the Korean Peninsula seems to have taken an unexpected turn toward diplomacy. Following the joint participation of North and South Korean athletes at the Pyeongchang Winter Olympics, a series of high-level meetings was announced, with some having already taken place. Among them, the most unpredictable was Kim Jong-un’s invitation to meet US President Donald Trump; who, after having adopted a hardline position and having engaged in an exchange of insults with his counterpart in previous months, surprisingly accepted the offer. Similarly, for the first time in decades a North Korean leader will negotiate directly with its southern counterpart. In the meanwhile, Kim went on a secret visit to Beijing to meet China’s Xi Jinping. But in the light of historical precedents, North Korea’s overture to dialogue is neither a return to diplomacy nor a sign of the success of economic sanctions. Instead, it appears a deliberate decision by Pyongyang consistent with the principles of its longstanding grand strategy. And as such it is unlikely the geopolitical situation on the Peninsula will change anytime soon.

The recent diplomatic announcements are widely known. Following the South Korean Winter Olympics, there were preliminary contacts between DPRK and RoK officials; then, the Kim-Trump and Kim-Moon meetings were agreed on, and the Kim-Xi summit subsequently took place in Beijing. These developments were a sensation in the media, especially in their contrast to the military threats and the quarrels of the previous months. Many viewed them as a turning point in the North’s stance, thus raising hopes for a negotiated solution of the nuclear issue and even for a new push toward the reunification of Korea. For its part, the Trump administration presented the thaw as evidence that its policy of tightening sanctions on Pyongyang was bearing fruit.

This is all the mainstream reading that prevails at the political and media level. But a closer look at historical precedents leads to a different interpretation: a comeback to negotiations is exactly what North Korea wanted, and it corresponds to the country’s long-term geopolitical strategy. 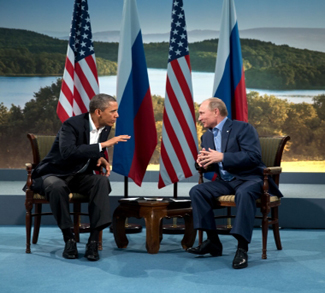