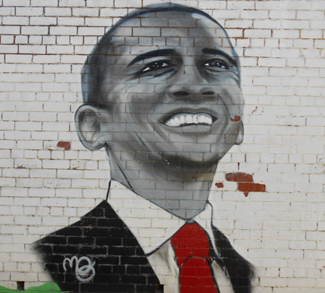 In his Prague speech of 2009, President Obama touched on an important subject for the first time. He talked about security against nuclear terror, meaning the need to nuclear arsenals against falling into the hands of non-state actors. A year later, the first meeting of stakeholders (NSS) numbering no fewer than 53, was held in Washington to deliberate and gradually inch towards a consensus formula of how nuclear arsenals could be safeguarded.

The fourth and perhaps final meeting of the NSS, to which India and Pakistan have also been invited, is to be held in Washington at the end of March. President Putin of Russia has declined to participate.

India and Pakistan, two nuclear countries in South Asia, count fairly well in the deliberations and in the decision likely to come out of the final round of talks.

In a news briefing in Washington in October 2015, Pakistan Foreign Secretary Aizaz Chaudhury disclosed for the first time that his country had made low-yield tactical nuclear weapons “for use in the event of a sudden attack by its larger neighbor.”

Two days later, Prime Minister Nawaz Sharif met with President Obama. Reports suggest that they talked about Pakistan’s nuclear program, Afghanistan, and militant groups such as the Haqqani network and Lashkar-e-Tayyiba – both banned organizations in the U.S.

Quoting Pervez Hoodhbhoy, a nuclear physicist and independent security analyst based in Lahore, BBC reported in a news commentary on October 21, 2015: “The fact that Pakistan was making small tactical nuclear weapons was clear to the world from the day Pakistan started its missile program. It meant that Pakistan had developed low-yield nuclear warheads to be delivered by those missiles at short ranges in a battlefield having localized impact, unlike big bombs designed to destroy cities.”

Experts say that the 2011 testing of a nuclear-capable Nasr missile by Pakistan, with a 60 kilometers range, was an indication that Pakistan was building an arsenal of tactical nuclear weapons for use in a theater of war.

Hasan Askari Rizvi, a Lahore-based expert on defense and security issues, suspects that Pakistan may have designed even smaller nuclear weapons, capable of being shot from a specially-designed gun.

Objectively speaking, battlefield weapons could be more dangerous than larger weapons because in the event of a conflict, they will need to be spread out, deployed at multiple locations closer to the targets, and would need to be fired at short notice. BBC also made the cryptic remark that “evidently, Pakistan has acquired this technology from China and it is not possible to block that pipeline.”

The question is whether nuclear command and control procedures will always be adequately ensured for all the missile units deployed across the theatre?

In addition to this concern, should not Western powers and the U.S. in particular take note of the fact that Pakistan developed these weapons despite nuclear-related international sanctions in force since 1998, after it carried out its first nuclear test?

How then is the U.S. reacting to this situation in the context of NSS program? Let us put it succinctly. Speaking during a hearing on Pakistan convened by the House Foreign Affairs Committee, US Special Representative for Af-Pak, Richard Olson said that Obama administration shares the concerns of lawmakers particularly about the development of Pakistan’s nuclear arsenal. “We are concerned most by the pace and scope of Pakistan’s missile program, including its pursuit of nuclear systems,” he said.

Replying to a question from Congressman Brian Higgins, Olson said that the U.S. was concerned a conventional conflict in Southwest Asia could escalate to include nuclear weapons as well as the increased security challenges that accompany growing stockpiles. He said the U.S. had a very active dialogue at the highest levels with the Pakistanis in which US concerns were stated.

US official circles assert they have urged Pakistan to restrain her nuclear weapons and missile development, which might invite increased risk to nuclear safety, security, or strategic stability.

On this basis, US lawmakers have asked their government to be tough on Islamabad “as it does not seem to be sincere in improving ties with India and has accelerated the pace of arsenals’ production.”

According to the Carnegie Endowment for International Peace, Pakistan could have 350 nuclear warheads in the next decade, becoming the world’s third biggest nuclear power, outpacing India, France, China, and the UK.  Expressing himself forcefully on the subject, Higgins said, “We have to call them (Pakistan) out  on this double game they have been playing, not this year, not last year, not five years, but for the past 15 years…. Pakistan, let’s be truthful about this, plays a double game. They are our military partner, but they are the protector and the patron of our enemies. US aid to Pakistan, economic and military, has averaged $2 billion a year.”

Attendees of the Nuclear Security Summit, particularly the United States, must be aware that Pakistan with its 189 million population – many of them Islamic extremists – has nuclear weapons. To have Islamic extremists with nuclear weapons is a primary goal of al-Qaeda and it would be a major victory for them and the outgrowth of al-Qaeda namely the Islamic State, avers Higgins.

Covering the strategic dialogue between the high-powered Pakistani delegation led by Adviser for Foreign Affairs Sartaj Aziz, with their American counterpart in Washington, the Webdesk reported on 9 March that “Sartaj Aziz insisted that Islamabad would not accept any unilateral curb on its program. Any reduction must also apply to India and it must address the conventional imbalance between the two countries.” He pointed out that Pakistan did not have the resources to match India’s ever-increasing arsenal of conventional weapons and was forced to depend on non-conventional means to defend it.” Another important statement which Aziz made on that day was that Pakistan was hosting some Taliban leaders…

It is clear that Pakistan has decided to use nuclear option in case of war with India and that it is not ruling out the possibility of hosting the Taliban for whatever purposes.

What then should be the foremost agenda of the Nuclear Security Summit in Washington on 31 March? Obviously, it should be a detailed review of Pakistan’s nuclear arsenal in the backdrop of how Islamabad tries to justify its relentless effort to increase its nuclear stockpile, including limited tactical nuclear weapon.

However, deeper study on the scenario throws up a contradiction in the words and practice of the U.S. The joint statement issued by Kerry and Sartaj after the conclusion of strategic dialogue belies the stated intentions of the U.S. The joint statement is a long eulogy on the “achievements” of Pakistan in meeting the challenge of the terrorists in the northern part of the country. John Kerry had full-throated praises and encomiums for the Pakistani Army fighting the “terrorists” in Pakistan’s north, but not a single word or hint about the terrorist engines on Pakistani soil working against India and Afghanistan. Proliferation of Pakistan’s nuclear arsenal and induction of tactical nuclear weapons in that arsenal did not figure in their joint statement.

Newsdesk of February 29, 2016 referred to a transcript released in Washington showing Secretary Kerry arguing in two congressional hearings that “the U.S. has been working really hard” to advance a rapprochement between Islamabad and India. In one statement he indirectly confirmed media reports that the U.S. was quietly encouraging the two prime ministers to hold bilateral talks.

How he looks at the stand-off between India and Pakistan, is reflected in his statement that Pakistan has deployed 150,000 to 180,000 troops along the Pak-Afghan border, and in case of a conflict with India Pakistan would have to redeploy the bulk of its forces on her eastern front. Thus what Kerry actually wants Pakistan to do is to fight against the Al Qaeda and Taliban outfits on her western front and keep the so-called non-state actors active on her eastern front against India.

The Webdesk of March 9 said that unlike it did with Iran, the U.S. does not want Pakistan to shut down its nuclear program. But it does want Islamabad to reduce the size of its arsenal.

During a testimony in the Senate where the bill against the sale of 8 F-16 to Pakistan was defeated by 71 to 24 votes, Secretary Kerry passionately defended the sale of Lockheed Martin F-16 fighter jets to Pakistan, saying that the U.S. is committed to boosting Pakistan’s strategic capabilities in its war against terrorists.

In other words, Kerry means to say that only the Taliban and Al Qaeda outfits who are fighting against Pakistan in KP region are the terrorists Pakistan should fight against and the scores of other terrorist groups in Pakistan are outside the pale of terrorism. The Mumbai attacks and the recent attack on Pathankot airbase are no terrorist activities for him.

The sale of the F-16s aside, the Obama administration in February 2015 asked Congress to provide more than $1 billion in aid to Pakistan, including a six-fold increase in foreign military financing. The budget proposal described Pakistan as a “strategically important nation” and the proposed US assistance “will strengthen its military in the fight against extremism [and] increase the safety of nuclear installations”

This lays bare the doublespeak of the U.S. on the much trumpeted Nuclear Security Summit, to which President Obama has invited Prime Minister Narendra Modi to participate.

All this notwithstanding, BBC said in its commentary of 9 March that there are suggestions that the U.S. may offer Pakistan membership in the Nuclear Supplies Group, with legitimate access to available research and technology, in return for some curbs on fissile material production and its missile program. Sartaj Aziz already reacted this by saying that Pakistan will not accept any unilateral curbs unless same are applied to India.