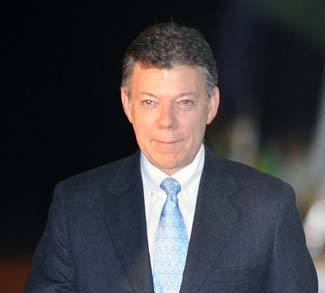 Colombia’s recent election results come at a time of ever-increasing political polarization and the consolidation of Colombia’s right wing movement.

On June 15, Colombians faced a choice between Oscar Ivan Zuluaga, the candidate for “Centro Democrático,” and the incumbent president Juan Manuel Santos as the nominee for the “Partido de Unidad Social Nacional.” Although several national polls showed a very close race, Santos was elected with a comfortable margin of 5%. Colombians have just given him a mandate to continue peace negotiations with the FARC, which recently came under significant public pressure from several political leaders, including former president and current congressman Alvaro Uribe.

Although the peace process is guaranteed to continue through the coming negotiation phases, and Santo’s party still has considerable influence in both the Senate and Congress with the help of the Conservative and Liberal parties, the era of political expediency may be over.

On one hand, the left was instrumental in giving Santos a victory. However, this is unlikely to translate into a broader level of cooperation on other issues. As has been widely reported on a number of leading national publications, a number of political leaders such as Clara López of Polo Democráticohave voiced their displeasure at having to choose between a leader from the center-right and one on the right. There is a sharp ideological divide between both movements on several key policies, while many on the left still remember Santos as someone who has forged his political life on the right.

On the other hand, the rise of “Centro Democrático” with Alvaro Uribe at the helm proves to be a challenge.  The party’s electoral success stems from not only opposing the peace process but also from a reduction of public trust in the current government. In addition, Alvaro Uribe has been involved in a lengthy personal vendetta against Santos; where Uribe sees his legacy and main policies being severely undermined, and a number of his former aides criminally persecuted. Recent accusations made by Uribe related to illegal campaign financing in the president’s 2010 campaign, and allegations made by Santos questioning the former president’s relationship with paramilitaries will only deepen the divide.

Given the increasing popularity of Alvaro Uribe and his right wing brand of politics within both Liberal and Conservative parties and in key industrial sectors, Santos will face stiff opposition over the next four years.

Currently, Santos enjoys an absolute majority in both the Senate and House of Representatives, while also seeing a surge in his personal popularity. Nevertheless, the political costs of his catch-all strategy are increasing and leaving him with less room for maneuvering. If peace negotiations fail to show significant progress over the next year, the president risks quickly loosing credibility, which will end up further strengthening his detractors on both the left and the right.

This time, Santos might be more like a sitting duck rather than the deal-broker seen in his previous term. The era of broad consensus in Colombian politics might soon be over.