Security in the northern areas of Iraq has witnessed significant deterioration of late, where Daesh managed to assassinate several innocent inhabitants and soldiers.  Accordingly, various Iraqi and foreign observers have begun to warn on the upsurge and its potential future consequences. Some are calling for a new security model to be applied to prevent another repeat of Daesh sacking Mosul. All told, this is being considered a serious and emerging challenge for the al-Kadhimi government.

Geographically, the area in question is highly strategic for many reasons. It forms a strip extending from the Iraq-Syria border to the Iraq-Iran border. This area, which is 100 km long and approximately 37,000 kilometers in size, has significant tracts of arable land. Kirkuk, an oil-rich province, is located in the heart of this region. Moreover, the territory forms a land bridge that links the Kurdistan Region of Iraq (KRI) with the other Arab parts of this country.

In addition to Kirkuk, the region also includes other vital provinces: Nineveh, Salah Al din, Diyala, and Wasit. Different groups of Iraqi people have lived there for centuries. According to the Kurdish authorities, some 1.2 million Kurds are now living in those parts of Iraq. On the other side, Arab groups maintain that they are the majority in the region. Certain Arab tribes have made it clear that they are willing to fight in order to prevent the Kurds from formally annexing the city into their autonomous region.

The geopolitical situation in this area has changed dramatically since September 2017. Kurdish fighters (Peshmerga) had previously established themselves in many parts of the region. When the Kurds went forward with their failed independence referendum, former premier Haidar Al Abadi seized the opportunity and managed to push the Kurdish fighters out of Kirkuk and the other parts of the disputed northern areas. The popular mobilization forces (PMF) along with the other Iraqi factions are now guarding the region. However, there is a vacuum between them and the Kurdish fighters who have since then surrendered to the KRI.

Islamic State steps into the vacuum

Daesh members have succeeded in exploiting this situation for their advantage. Now their sleeper cells are becoming active and putting the security of the entire area at risk. To tackle the problem, current Prime Minister Mustafa al-Kadhimi some days ago had a meeting with leaders from the Iraqi army and the Peshmerga, where he asserted that a joint operations room must be set up to facilitate military cooperation and coordination. Yet the date for such a move has not yet been fixed. Hence, Kurds fear that the government might renege on the deal; these fears are amplified further by the possibility that this government might not even be in power five months from now.

The Kurds claim that the PMF is refusing to allow the Kurdish Peshmerga to return to disputed areas. They in turn put pressure on the prime minister to not activate the joint room of military operations. Moreover, many Shia leaders claim that, according to the constitution, the Iraqi federal army and the PMF are the only troops that are authorized to be present in the area, especially in Kirkuk. This of course prevents Kurdish fighters from participating in security mechanisms in the area. Consequently, Kurdish leaders argue that the security vacuum will continue.

Meanwhile, there is talk about the result of the latest US-Iraq strategic dialogue. Accordingly, it is assumed that US soldiers will be pulled out of Iraq by the Biden administration. This will cast a long shadow on the security of these disputed areas. Some Iraqi figures are still convinced that the security forces are in need of US assistance to contain the threat of terrorism. They fear that the forces are not ready for this active combat phase. They note that these disputed areas might be the arena from which Daesh can re-impose its hegemony on the future of Iraq and the KRI.

Securing the area requires some kind of political consensus between the relevant parties. Yet there is no sign we will see such a thing. The Kurds have little faith that the federal government in Baghdad will settle the situation in a fair manner. They believe that there is a geopolitical game presently taking a place there, and the belief is supported by a regional power that doesn’t permit the Kurds to officially return to the area.

On the other side, many Shia politicians acknowledge that there is no trust among the Kurdish fighters and leaders. They think that the Kurds want to manipulate the security question in this area to turn back the clock. They ascertain that the Kurds are trying to control this area so that they could, when possible, declare their separation from Iraq.

The lack of confidence between Baghdad and Erbil, the chaos in the wake of certain military decisions in the disputed areas, and the anticipated departure of the US military all suggest that this disputed area will remain in a troubled state. If we want to secure this area from any future threat, we, as Iraqis, must strive to build trust between the most powerful military institutions we have. This is the only way we can rebuild positive relations between society and the government. Whether this is done by Baghdad alone or via cooperation with Erbil, turning this area into a safe zone is highly vital for Iraq’s future. 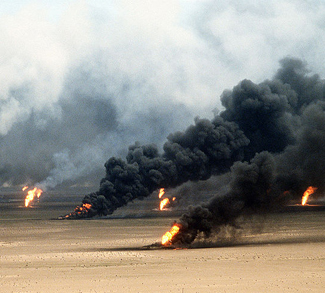