Climate Change, Hunger, and Terrorism in the Lake Chad Basin 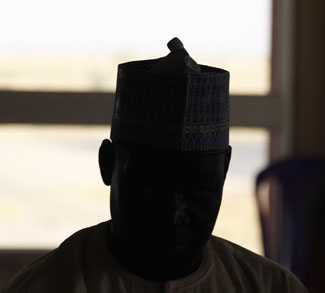 The European refugee crisis illustrates that regional instability can have far-flung implications. The transit of refugees and economic migrants from the MENA region and elsewhere has certainly been the source of political turmoil in Europe, raising both humanitarian and security concerns. Yet while Brussels and its allies have been dealing with fallout from the latest EU migrant crisis, another humanitarian disaster has been unfolding in the Lake Chad Basin in West Africa.

The Lake Chad Basin is centered around the rapidly shrinking Lake Chad, and the area is home to some 30 million people across four countries. Food insecurity is already commonplace, and it’s predicted to worsen as water levels continue to drop due to climate change. This instability has been a major factor in the rise of Boko Haram, the infamous terrorist outfit that has been engaged in a violent insurgency since 2009. Fleeing violence and hunger, large numbers of civilians caught up in the crisis have been displaced, further adding to the region’s instability. Without significant assistance from the international community, the crisis will certainly worsen.

Considered one of the most violent terrorist groups in the world, Boko Haram has claimed at least 20,000 lives in West Africa since their insurgency began in 2009.  With the group pledging its allegiance to the Islamic State in 2015, declaring themselves a province of the Caliphate, the regional and global security concerns are increasingly apparent. The counter-insurgency reached peak intensity in 2015 when a joint multinational military operation pushed Boko Haram from its main urban power centers in northern Nigeria. Though the Nigerian military claims the group is nearly defeated, international observers maintain that the conflict is nowhere near over. Although the group now has little direct territorial control, the insurgency continues. Over time, the conflict has spread into several neighboring countries, including Chad, Cameroon, and Niger — the three other countries that share the Lake Chad Basin.

There are a number of factors that are thought to fuel terrorism; they can generally be grouped into three categories: greed, grievance, and opportunity. Greed refers to groups who seek to gain access to scarce and valuable resources from which they would otherwise be barred. Grievance-motivated groups tend to seek access to previously absent political power. Opportunity refers simply to whether a state government is disorganized and weak enough to allow for terrorist activity to take place. Boko Haram has successfully made use of all three factors in order to drive its recruitment numbers. The group has been able to capitalize on the disenfranchisement and alienation that Nigerian Muslims feel towards the central Nigerian government. The widespread instability onset by food security issues in the Lake Chad Basin has also been a boon to Boko Haram’s recruitment efforts. Marginalized, politically disenfranchised, and desperate young men often feel as though joining the group will permit them access to resources and power that would have otherwise been unobtainable. As food prices climb and economic opportunities disappear, joining Boko Haram becomes an increasingly enticing option for those caught up in the crisis.

Boko Haram often targets civilians, civilian infrastructure, homes, water sources, and livelihoods. The military response has generally been heavy-handed, focusing on achieving military objectives with a general disregard for the wellbeing of civilians caught up in the conflict, causing already stricken communities to become further disenfranchised. Men and boys are targeted by both sides — killings, forced recruitment, forced disappearances, and arbitrary detentions are commonly perpetrated by Boko Haram, security forces, and local vigilante groups. As a consequence of the ongoing violence, an estimated seven million have fled their homes. Of those displaced, 60% are children. While some of those fleeing conflict have left the region altogether, the vast majority are internally displaced. This means that millions of especially vulnerable refugees are putting further stress on an already dangerous food security situation. With no means to achieve incomes while in the camps, refugees quickly lose their ability to provide for themselves, increasingly relying on government and international aid. With increasing food scarcity due to dropping water levels in Lake Chad, food prices have risen dramatically, further exacerbating the situation.

Both regional and international efforts have all but ignored the humanitarian side of the conflict. While the insurgency threatens the basic security and stability of the region, a security-based response cannot solve the humanitarian issues that are arising every day. With millions of displaced civilians experiencing food insecurity, the Lake Chad Basin is only one poor fall harvest away from famine. Despite the pressing humanitarian concerns, the conflict and its consequences have been hugely overshadowed by the European refugee crisis. Western nations are less willing to provide aid for others when already dedicating vast resources to the large numbers of migrants fleeing conflicts and seeking economic opportunity. Furthermore, the international community and even local governments simply do not know the full extent of the Lake Chad Basin crisis — many areas are inaccessible due to the ongoing violence. Cooperation between local governments and international organizations to coordinate relief has been almost nonexistent. Without a significant increase and improvement in the quality of international aid, the crisis is all but guaranteed to continue into the foreseeable future.

The situation in the Lake Chad Basin is the first of many more to come in the 21st century — an unstable region unable to cope with climate change-related stresses, which then becomes a hotbed of radicalization and violent conflict. The region’s most vulnerable to climate change also tend to be the poorest — they cannot cope with large-scale resource scarcity if the international community is unable or unwilling to provide significant humanitarian aid. Food shortages, water scarcity, and large numbers of displaced people with no incomes can easily contribute to preexisting radicalization and conflict.  The poorest regions also tend to have the fastest growing populations, further adding to the resource stresses that these regions will experience in coming decades. The Lake Chad Basin crisis demonstrates how a terrorist group can easily exploit instability, as Boko Haram was able to rapidly expand from a small group of radicals to a major international terror organization. With climate change predicted to have disastrous effects on the world’s most vulnerable regions, it is likely that more conflicts will be on the way.