The threats, or ‘narco messages,’ targeted at López Obrador are the work of the country’s criminal cartels, many of which are locked in a battle over control of the lucrative fuel theft opportunities in Mexico’s central and western states, including Guanajuato and Jalisco. The criminal groups’ actions are costing Pemex an estimated $3 billion a year and provoking untold violence. The two most recent messages aimed at AMLO were sent just days after a bomb was found inside a truck at the Salamanca refinery.

The threats underscore how significantly the battle over fuel theft – or ‘huachicol’ as it’s colloquially known in Mexico – has heated up since López Obrador took office in December. The president was elected partly on the strength of his commitment to expose corruption and stabilize fuel prices. But despite overseeing the closure of six vulnerable pipelines, AMLO has been unable to stem the tide of fuel thefts. The country is losing around 60,000 barrels of fuel each day to criminal gangs, who recklessly tap into pipelines and sell the stolen fuel on to gas stations.

The thefts are exacerbating Mexico’s existing oil supply problems. The country’s main oil refineries are already operating significantly under capacity as a result of underinvestment, ongoing maintenance issues and all-too-frequent stoppages due to accidents. In 2018, refineries hit only around a third of their 1.63-million-barrel-per-day processing capacity. Meanwhile, Mexico has had to supplement its domestic supplies with imported products – mainly from the US – which are filling as much as two-thirds of total demand.

The illegal tapping activities are also catalyzing a widespread environmental crisis. Each tap causes oil to spill into the soil, contaminating the area nearby. Farmers are saying that they are reluctant to water crops near the pipelines for fear of poisoning their vegetables and can’t afford the thousands of dollars it would cost to use a process known as bioremediation which can make the soil fertile again. There are currently more than 4,500 contaminated sites across Mexico which Pemex is refusing to clean up, citing contamination by third parties.

Despite the fact that the crackdown has led to fuel shortages across Mexico, Mexicans are still overwhelmingly supportive of the president’s handling of the crisis. Newspaper El Financiero recently published a poll showing that AMLO commanded the support of 89 percent of Mexicans in his fight against fuel theft.

However, some have argued that the initiative is only reducing fuel theft by artificially lowering the amount of fuel available to steal. What’s more, the act of shutting down pipelines isn’t likely to fix the problem when the criminal networks responsible influence more than a few officials on the government payroll; up to four-fifths of fuel theft in Mexico may be from tanker trucks with the complicity of authorities. López Obrador himself has suggested far more fuel was being stolen directly from Pemex facilities by corrupt officials than was being siphoned illegally from pipelines.

Creative solutions need to be explored

López Obrador’s government will have to get more creative with solutions to beat the cartels. Technological solutions, such as molecular markers, could offer a way to identify and track fuels, ensuring that the petroleum has passed through official channels and has not been adulterated. In 2016, Mexico contracted with the Authentix firm to mark its fuel, and even carried out a pilot project. However, the contract was eventually cancelled. The reasons for the cancellation are unclear, but Authentix admittedly has a problematic history. The company recently pulled out of bidding for a contract in the Philippines under opaque circumstances, while several years ago in India, the company’s marker was found to be unfit for purpose (it could easily be removed using clay) as well as being potentially carcinogenic and traded at an inflated price; Authentix’s technology still allegedly has trouble achieving the same testing accuracy in the field as in the laboratory, cramping authorities’ ability to swiftly confiscate fuel found to be illicit.

Beyond these high-tech options, however, AMLO will have to make good on his campaign promises and look beyond military solutions to tackle the human and social roots of the problem. The sheer amount of stolen fuel flooding the market—hundreds of tankers’ worth per day—means it’s highly unlikely ad hoc roadside sales to passing truckers could mop up such vast quantities of gasoline and diesel. This suggests that the cartels are colluding with government officials and have access to a sophisticated fuel distribution system. With fuel theft happening on this scale, it will take a large-scale crackdown on corruption to stamp it out.

There is also a marked correlation between the locations where organized criminal groups steal fuel and the poverty of the people living in those local communities. In the absence of other opportunities for earning a decent living, fuel theft becomes an attractive option for many – and one with a low likelihood of punishment. As one resident of Tlahuelilpan, a town in central Mexico where an illegal tap caused a deadly explosion in January, remarked: “Here, even the mayor protects huachicol. Authorities here receive money from huachicol. It pays very well and it’s an opportunity to have some money, enjoy a better life.”

Following the Tlahuelilpan pipeline blast, AMLO announced a new anti-poverty program aimed at alleviating the desperation pushing many Mexicans to turn to huachicol. The president still has a great deal of work to do to end the practice; his government will need to root out internal complicity at Pemex, excise corruption, implement more reliable technologies, and properly address issues of income inequality and poverty. Only then will Mexico’s ‘savior’ live up to a key election promise.

The opinions, beliefs, and viewpoints expressed by the authors are theirs alone and don’t reflect the official position of Geopoliticalmonitor.com or any other institution that the author is attached to.

Italy: The Long Road of Reform 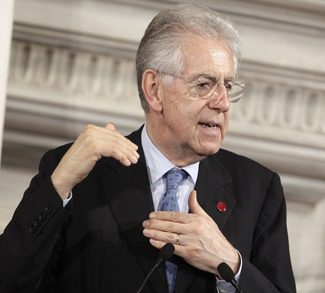