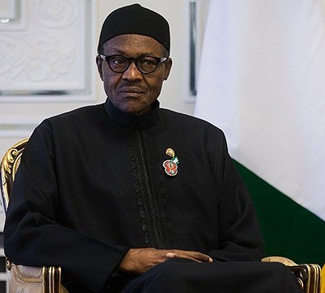 In an analysis published last fall, we pointed out several reasons why current Nigeria President Muhammadu Buhari would not be able to defeat Boko Haram and bring peace to the country. This is because the main driving force behind the constant political turmoil in Nigeria isn’t religion, but ethnicity.

Unfortunately for Buhari, another challenge has recently kicked into the equation, and this time at the individual level. At the beginning of this year, Buhari, who will turn 75 next December, had to leave the country for the UK to seek medical attention. Last February, he wrote to the National Assembly informing the country of his intention to extend his medical leave in the UK.

Since then, Buhari has returned home and his entourage is trying to reassure the population on his health condition. However, the secrecy surrounding his illness and his ability to lead the country, juxtaposed with the impact of low oil prices on the economy – keeping in mind that oil represents the primary source of government revenues – and the ongoing fight against Boko Haram in the northeast and militias in the oil-rich Niger Delta region, all this deeply affects the credibility of Buhari’s government. This fact was on display last February when hundreds of Nigerians marched in Lagos to protest against poverty, corruption, and their ‘absentee government.’

Two obvious yet interesting interrelated questions may strike the attention of curious people who are not completely familiar with Nigerian politics. First of all, a simple question that one could ask is: Why does public opinion not show more compassion for the health of the president? In parallel, one may also wonder: Why has the president’s health become such a politicized issue? Surely, if the worst case scenario was to occur, existing political and constitutional arrangements are to be used in order to ensure a peaceful transition of power. Yet in both cases, the answer stems from Nigeria’s history and its political system. In other words, the combined use of both formal and informal mechanisms to ensure political power-sharing, and the history of power transition in the country are both key elements to understanding the current situation regarding Buhari’s health and its impacts on national politics. Therefore, one needs to go back into the past to better understand the present.

On May 5 2010, former President Umaru Musa Yar’Adua, a Fulani from the North, like Buhari, died after receiving months of medical treatment in Saudi Arabia. He had suffered from pericarditis, and had not been seen in public since he returned from Saudi Arabia in February of the same year. Like Buhari’s health condition, secrecy was a key element surrounding Yar’Adua’s ailment until the very end. Similarly to the case of Buhari, his absence from the public space led to protests over the lack of transparency and stable governance. Perhaps more importantly, former President Jonathan Goodluck – from the southern Ijaw minority – who was vice president at the time, inherited political power after the premature departure of Yar’Adua. Goodluck quickly started to assert his authority by firing members of Yar’Adua’s cabinet and appointing his own. As Yar’Adua’s term was never completed, the North, particularly the Fulani, felt grieved because Goodluck’s actions did not respect the informal agreement-zoning system decided by Nigerian political elites, which provided the rotation of presidency between the North and the South. In short, they felt like their time in power was hijacked by Southerners. Ultimately, the ongoing political struggle between North and South resolves around control of the country’s oil revenues.

It is important to keep in mind the fact that the current vice president, Yemi Osinbajo, is a Yoruba from the southwest of the country. One can imagine what this fact means in terms of stability and security in the country, especially if Buhari, for some reason or another, is forced to step down. In short, for many in Nigeria’s elite circles, the current situation creates a deep feeling of ‘déjà vu,’ and this is behind the seeming lack of compassion towards Buhari and the highly politicized nature of his health condition. It reflects an ethnic zero-sum game between the North and the South. For the former, especially the Fulani, there is no time for compassion because Buhari stepping down could have the same consequences that followed Yar’Adua’s death. For the latter, especially the Yoruba, Buhari’s illness could provide a narrow window of opportunity to gain political power.
The opinions, beliefs, and viewpoints expressed by the authors are theirs alone and don’t reflect any official position of Geopoliticalmonitor.com.

A World without Colonies: The Fight for Freedom in Western Sahara

Central African Republic: State Building is the Only Way Forward