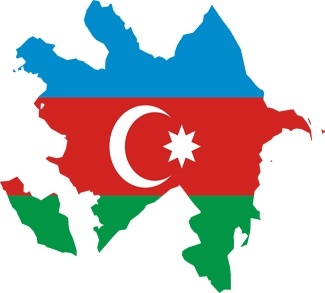 For all the crackdowns on civil society throughout the post-Soviet sphere and Middle East, we’ve heard surprisingly little about Azerbaijan, ruled by Ilham Aliyev since he inherited the position from his father Heydar in 2003.

His latest move to silence opposition from international groups is to have police raid the office of US-funded Radio Free Europe/Radio Liberty on Dec. 26, detaining journalists for hours. Former journalists of the station have also been questioned by police. According to Jeffery Gedmin, former president of RFE/RL and currently at Georgetown’s School of Foreign Service, at least 10 RFE/RL journalists in Baku were compelled to the prosecutor’s office for additional questioning.

The station had also been shut down in 2009, along with the BBC and Voice of America, but listeners were able to access broadcasts via internet and satellite.

U.S. Representative Eliot Engel, the top Democrat on the House Committee for Foreign Affairs, called on “leaders in Baku to allow RFE/RL to resume its work and to stop harassment of RFE/RL employees.”

The raid comes after the Dec. 5 arrest and detention of investigative journalist Khadija Ismayilova, who worked with the Organized Crime and Corruption Reporting Project and also hosted a daily show on RFE/RL. On Dec. 10, Meydan TV – one of the few independent media outlets to operate in Baku – shut down operations in the capital, citing concerns for its employees’ safety.

“This is absurd, but this is a political reality in Azerbaijan that has very serious implications on our work,” Emin Milli, who heads the outlet, said Dec. 10.

Earlier in December, the U.S. deputy chief of mission at the embassy in Baku confirmed that the government “sees no need” to continue the work of the organization in the country. The Peace Corps launched its Azerbaijan chapter in 2003.

Other foreign-funded programs – notably the International Research & Exchanges Board (IREX) and the National Democratic Institute – were shuttered in the country in 2014, as well as the Oslo-based Human Rights House Network, all for failing to have proper registration documents.

The clampdown on independent outlets has picked up speed in recent months, analysts note. According to the Committee to Protect Journalists, Azerbaijan is in the list of top 10 jailers of reporters, and jailed 9 journalists as well as four activists for creating Facebook groups which posted articles critical of government corruption. Azerbaijan has twice as many political prisoners as do Russia and Belarus combined, McCain Institute Senior Director David J. Kramer said in a Jan. 4 editorial in The Wall Street Journal.

The campaign against journalists and activists comes as Ramiz Mehdiyev, seen as a key ally to President Aliyev, released a bizarre 60-page report which accused the United States of funding non-governmental organizations in an effort to overthrow the president.

So far, Washington has had a muted response to the ejections and criticisms coming from Baku, but one activist said this might not continue to be the case.

“The fact that the U.S. hasn’t responded in some kind of really tough way so far shouldn’t lead the Azeri government to think that it never will,” the National Endowment for Democracy’s Miriam Lanskoy told Contact.az at the end of Deccember. Lanskoy is the director for Russia and Eurasia at NED.

Washington is “very concerned” and “deeply troubled” by the imprisonment of Ismayilova and the intimidation of other journalists in the country, according to a Dec. 10 statement from the US State Department, but failed to say more than that.

One reason for the United States’ hesitation to openly criticize the Aliyev regime may stem from energy politics: Azerbaijan is a major gas producer, and talks have been underway over the past few years to build a pipeline that would transport Azeri gas to Europe. The EU, like the United States, is focused on lessening its dependence on Russian oil and gas to heat the continent, having pursued negotiations with Turkmenistan, Azerbaijan, and Turkey to secure an alternate source. However, it’s worth noting that Azerbaijan’s gas reserves are limited, with 35 trillion cubic feet (EIA estimates), versus Russia’s estimated 1.688 trillion cubic feet in reserves.

Situation Reports February 26, 2015
Back to Top