Ansar-ut Tawhid: Seizing the Reins from Indian Mujahideen in India? 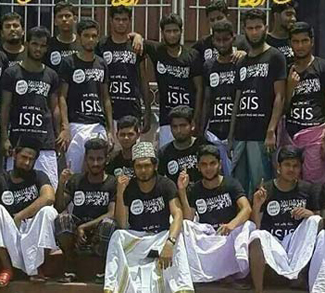 Indian policy makers believe that this group is constituted by the remnants of the Indian Mujahideen. As Geopoliticalmonitor, has reported in the past, Indian Mujahideen (IM), has been the face of “new terrorism” in India since 2008 and was acting as a subservient proxy to the Lashkar-e-Toiba (LeT) and Pakistan’s Inter-Services Intelligence (ISI).

Indian Mujahideen has been debilitated severely by the arrest of its key decision-makers and operatives in the last two years. It all began with the arrest of its India operations chief Mohammed Ahmed Siddibappa (alias “Yasin Bhatkal”), and another important operative, Asadullah Akhtar (“Haddi”) in August 2013 along the Indo-Nepal border. The National Investigation Agency (NIA), which was investigating the terrorist attack cases, arrested Tehseen Akhtar (“Monu”) in August 2014 near the Nepal border, the man who had taken over the helm of Indian Mujahideen, and they also arrested a Pakistani operative named Zia-ur-Rehman (“Waqas”). Recent intelligence reports suggest that one of its founding leaders, Iqbal Bhatkal, based in Karachi, is believed to have been killed in Afghanistan while fighting alongside Al Qaeda, though this is yet to be officially confirmed. With the majority of its cell structure wiped out along with key leaders, Indian Mujahideen’s network has been obliterated in India, leaving a vacuum in the jihadi apparatus in India.

It is at this juncture that Ansar-ut Tawhid fi Bilad al-Hind (AuT, or “the supporters of monotheism in the land of India”) led by Mohammed Sultan Armar, burst into the scene somewhere between late 2013 and the early part of 2014, attempting to fill the void. Sultan Armar, hailing from Bhatkal, the same place from where the founders of Indian Mujahideen (the Bhatkal brothers, Iqbal and Riyaz) also hail, joined Indian Mujahideen in 2004 along with his younger brother Shafi Armar and left for Pakistan sometime around 2009. During his earlier days with Indian Mujahideen, Armar had been instrumental in building the cells in India. Later, in Pakistan, he was also selected to undergo training in North Waziristan with the Al Qaeda and the Tehreek-e-Taliban in 2012-2013.

Armar went on to form the AuT with an objective to wage jihad against Indian interests. Between October 2013 and June 2014, AuT issued four videos encouraging Indians to join the jihad in Syria and Afghanistan, and Muslims to attack Indian targets globally. These videos were purportedly issued by Maulana Abdul Rehman al-Nadwi al-Hindi. The National Investigation Agency believes that al-Nadwi al-Hindi is none other than Mohammed Sultan Armar. Nadwi is a title given to scholars like Armar who studied at Nadwat-ul-Ullema seminary in Lucknow, India. This seminary has presently emerged as a hub for pro-Islamic State ideology. Up until this time, AuT was not specifically aligned with Islamic State, which was evident from his sermons instigating only attacks on Indian targets and joining the jihad in Afghanistan. However in 2014, AuT switched loyalties towards the Islamic State, and has been at the forefront of the Islamic State’s recruitment drive in India since then. Ansar-ut Tawhid fi Bilad al-Hind gave Bay’ah (allegiance) to Baghdadi (the leader of the Islamic State) in October 2014. Incidentally, Armar died fighting in Kobane in March, 2015. Following his death, AuT is presently headed by Shafi Armar, his younger brother who started recruiting for the Islamic State. In all practical sense, AuT is nothing but the Islamic State.

The emergence of Islamic State through AuT has had a significant influence on the recruitment pattern among the Indians. Firstly, it has triggered an exodus of Indian Mujahideen operatives to AuT. Indian Mujahideen operatives like Ateef Hussain from Bhatkal, Shahnawaz Alam, Abu Rashid Ahmed, Sajid Bada and Mirza Shadaab Beg from Azamgarh, Uttar Pradesh have joined AuT and participated in the Islamic State campaign in Syria. Some of them have died fighting for the Islamic State in Syria. After Armar’s death, media reports indicate that Sajid Bada known by his nom de guerre Abu Turab al Hindi has also died in June 2015. Apart from these two, three more Indians have died fighting for the Islamic State, Faiz Masood from Bangalore and Sahim Farooq Tanki from Kalyan, Maharashtra and Haneef Waseem from Hyderabad.

As early as July 2014, Islamic State through the first edition magazine Dabiq titled “The Return of the Khilafa” announced the presence of Indians in its ranks as follows:

Secondly, AuT has managed to draw the attention of a small portion of wannabe jihadis from the Indian populace who do not have linkages with any terror groups. Within this tribe of jihadists, one segment has travelled to Syria while the other segment operated and conducted propaganda for the Islamic State within India.

Faiz Masood, Sahim Farooq Tanki, and Haneef Waseem who died fighting for the Islamic State, unlike the erstwhile Indian Mujahideen cadres who have died, do not have any linkages to any terror groups. All of them have good education and hail from good familial backgrounds. Faiz Masood is a business management graduate from Bangalore who moved to Syria through Qatar, while Sahim Farooq Tanki was one of four educated youngsters from Maharashtra who travelled to Syria in 2013 after getting radicalised by online sermons. On the other hand, Haneef Waseem who died in Syria was a student from Hyderabad pursuing his higher studies in London. Another person named Abu Tahir, a journalist from Kerala, is also reported to have joined the Islamic State.

Thirdly, and the most important aspect, is that AuT online sermons are creating self-radicalised educated youngsters who do not have direct linkages with the Islamic State. For example, Mehdi Masroor Biswas was arrested in December 2014 for running a pro-Islamic State twitter account @ShamiWitness. This account has figured among the top 10 twitter accounts of the Islamic State according to researcher Jytte Klausen, though Biswas did not have any direct linkages. Recently, a daughter of retired Army colonel who had returned from Australia was detained by the National Investigation Agency (NIA) after her father tipped off the NIA about her nefarious plans to join the Islamic State.

On the other hand, isolated but sporadic incidents supporting Islamic State have been on the rise in India. The very first instance of support for Islamic State was seen in Ramanathapuram, Tamilnadu when a photo of 26 youngsters wearing Islamic State T-shirts posing after Eid was posted on the Facebook. However, all of them in this group have denied any direct connections with the Islamic State. It has been a routine affair that the Islamic State’s flags are carried and waved frequently during protests in Kashmir.

The above incidents may not appear to pose a credible threat to India when viewed in isolation. However, when viewed with Islamic State’s plans to create the final apocalypse in India through the “Ghazva-e-Hind,” India certainly would play a core part in the Islamic State’s future expansionism. Details about “Ghazva-e-Hind,” the prophesied final battle against India were discovered when an operative of the Pakistan’s Tehreek-e-Taliban, which has sworn allegiance to the Islamic State, was arrested. Experts believe that the Khorasan group based in Afghanistan and in charge of Islamic State’s South Asian operations, will be able to access India and Bangladesh through Pakistan. Signs of Islamic State’s presence have already been observed in Pakistan-occupied Kashmir (POK) closer to Indian borders in the northern part of India.

Significantly, southern India appears to cater to the supply side dynamics of the AuT’s recruitment program. Most of the recruits who have gone to Syria or who have been stopped from going to Syria belong to the southern states of Kerala, Tamilnadu, Andhra Pradesh and Karnataka. This part of India especially Tamilnadu and Kerala, has been fairly peaceful compared to other states in India. Given this background, the current demographic profile suggests a trend reversal in the recruitment patterns which should alarm the policy planners. This also points to an orchestrated campaign run by operatives who are familiar with the local conditions and are networking with the potential recruits. For example, Islamic State came out with a recruitment video in 2014 with subtitles in Tamil, Hindi and Urdu, clearly targeting the Tamil speaking population in Tamilnadu.

Given the growing number of recruits and gauging by the demographics of potential recruits from Tamilnadu, Kerala, Andhra Pradesh and Karnataka, it is safe to assume that the handlers of these recruits also hail from each of these states. This aspect needs to be studied carefully. The number of recruits may appear to be a trickle but could swell in the future if unchecked. Similar patterns and trends provide credible evidentiary trail concerning this aspect. For example, a europol report on terrorism in 2007 indicated that only 24 individuals were arrested for recruiting jihadis in Europe for a Sunni group named Ansar al-Islam in Iraq which later merged with Islamic State in 2014. Now, the number of foreign fighters in Islamic State has risen to 4,000 according to a study by the International Center for Study of Radicalisation and Political Violence in 2015. This surpasses even the foreign fighter mobilisation during the Afghanistan conflict.

India, with the world’s second-largest Muslim population, presents a very attractive recruitment pool for AuT. However, the majority of the peaceloving Muslim population in India has outright condemned and rejected Islamic State and its activities. In September 2015, more than 1,000 Islamic scholars issued a fatwa against the Islamic State in India. Many Islamic organisations have started to organise seminars and discourses against the practises of the Islamic State.

AuT, which has triggered the birth of a new tribe of jihadis consisting of potential recruits who are self-radicalised, literate, and tech savvy, is a clear and present danger to India. Given this phenomenon, Islamic State which is well known to instigate “lone wolf attacks” among its followers worldwide, could instigate similar attacks in India. Recent killings of bloggers and an Italian citizen in Bangladesh in what appears to be a rudimentary form of “lone wolf” attacks by groups linked to Al Qaeda, should be a wakeup call for the Indian security planners. Similar attacks by autonomous, self-radicalised, literate individuals in India appears to be a distinct possibility in future, if the situation is not monitored closely.

In the larger context, India which is at the core of the grand South Asia strategy of both the Islamic State and Al Qaeda may face serious security issues in future. Both these groups with their offshoots AuT and Al Qaeda in the Indian subcontinent have tried to up the ante and outsmart each other in order to win the hearts and minds of the “Ummah” (Islamic community). It is this “war of ideas” between two competing groups, which is going to result in increased violence levels in the Indian subcontinent.