Africa Looks to China and Beyond for Its Energy Development

In a vast continent like Africa, currently entering a new phase in its development, no plans for the future can exist without the availability of raw materials. Now more than ever, the issue must be analyzed through the double lens of industrial progress and environmental sustainability. These are two aspects that seemed opposite until a few years ago, as often proven by the conferences on climate change that have taken place over the past decades, which saw several developing countries (LDCs) claiming their “right to pollute” in order to improve their economies.

China was also a member of that “club.” At the moment, instead, it leads the global ranking of national and international investments in renewable energy, with $360 billion by 2020. Nonetheless, this honorable leadership must be associated with the fact that many of its cities are still included in the Greenpeace/Air Visual top 50 of the most polluted places in the world. The ecological issue with all that it entails – climate change and pollution first of all – plays an important role in the close alliance between China and Africa.

Of course, this does not prevent the People’s Republic of China (PRC) from being interested in other “dirtier” energy sources, as shown by the $4.6 billion invested in Namibia’s Husab uranium mine and by the signing of the memorandum of understanding between the China National Petroleum Corporation (CNPC) and the South Sudanese Oil Minister, Ezekiel Lol Gatkuoth, which occurred last September. With respect to the latter point, such an agreement is necessary to increase preexisting production and also acquire new extraction areas. In this context, the “black gold” remains viable for Beijing, which has to import two-thirds of the oil it consumes: 22% of its stock (1.4 million barrels per day) arrives from Africa, representing the second most important supplier after the Middle East. In particular, the largest slice of imports come from Angola, which has 47% of the continental market share.

In these terms, the local Chinese presence does not appear very different from the historical Western one. However, one must also look at the other side of the coin: Beijing provides green energy to its partners, especially in regions where access to electricity is limited. According to estimates from the International Energy Agency (IEA), 674 million people in sub-Saharan Africa, mainly concentrated in rural areas, are still cut off from this service. Even in a rapidly developing country like Ethiopia, which records one of the highest GDP growth rates in the world, there are still about 70 million people without electricity. In response, between 2010 and 2015, the PRC has allocated $13 billion to the African energy sector, representing at least 30% of new production capacity. Finally, during the last Forum on China-Africa Cooperation (FOCAC), the President of the African Development Bank, Akinwumi Adesina, has said that fighting poverty is one of the main objectives of economic cooperation between the two partners.

Combining this vision with the need to save the planet will not be easy at all. Currently, in fact, three quarters of the demand for African energy is satisfied by fossil fuels. Considering future demographic and economic growth, analysts predict that energy demand will triple by 2040. Local society is, however, well aware of what it means to continue producing energy from highly polluting sources: every year, there are approximately 600,000 premature deaths, primarily related to the use of coal as fuel for domestic needs. Greenpeace denounced the Mpumalanga South African province as one of the continent’s regions most affected by air pollution and as the largest nitrogen dioxide hotspot (NO2) in the world. This contributes to the formation of PM2.5 and ozone, two of the most dangerous forms of carcinogens.

Africa is therefore aware of the need for sustainable development policies. Even the European Union pushes on this front, although its own member states are still far from ceasing all activities linked to the extraction of fossil fuels. On the occasion of the Africa Investment Forum in Johannesburg, in November 2018, the European Commissioner for the Internal Market, Industry, Entrepreneurship and SMEs Elżbieta Bieńkowska said: “If we are serious about sustainable energy investments in Africa, we need everybody on board, including the private sector. The high-level platform will pave the way for that: experts from the public, private, academic and financial sectors will jointly discuss challenges and barriers to sustainable investment in this area and help to address them.” Just a few days earlier, the vice president responsible for energy in the European Commission, Maros Sefcovic, announced a 44 billion euro investment in developing clean energy projects in Sub-Saharan Africa.

Energy is a political fact: the case of GERD

As history teaches us, it is not enough to set up funds to start concrete policies. There are already different European projects going on that involve green energy, such as those led by Italian Enel Green Power: “For us, Africa is extraordinarily important, said the company’s chief executive Antonello Cammisecra to the Corriere della Sera, and today we are the first private operator in renewables.” There is no doubt that these new ways to produce energy represent an important market. Rome is also involved in the Grand Ethiopian Renaissance Dam (GERD) initiative, founded by the World Bank, which aims to increase Addis Ababa’s hydroelectric power production. Italian company Salini Impregilo is indeed the main builder of the project, though the deadline for completion of the works is still unknown due to various delays. Surrounding this infrastructure, there are many international tensions, for it will block the river Nile’s waters that flow from the former Roman colony through Sudan and Egypt. This topic is vital for the region because the Nile is an essential source of energy supply and local agricultural production. After years of friction over the project, Ethiopian Prime Minister Abiy Ahmed Ali and the President of Egypt Abdelfattah al-Sisi adopted a more conversational attitude last summer.

By signing a contract for $40 million between the Ethiopian Electric Power (EEP) and China Gezhouba Group Co., Ltd (CGGC) in February, Beijing joined the dispute. In addition to this agreement, we must also recall the one signed with Voith Hydro Shanghai, worth of $113 million. For its part, Brussels spoke out about GERD several times, always focusing on its hope to “continue to work closely with the countries involved in these areas to further facilitate the adoption of sustainable and collaborative solutions taking into account existing initiatives.” For obvious economic and political reasons, no endorsement has been given, even if, in 2015, there was a case where the government of the United Kingdom rejected twice a FOIA request to make public the result of its diplomats’ field visits into the areas of resettlement. The authorities argued that its publication could endanger relations between the countries. Aim of that European tour into areas adjacent to GERD was to understand if the local population had been forced to leave due to a sudden scarcity of water, or if they had been directly pushed away by the Ethiopian state. Observers, in any case, revealed that they had not found evidence of forced migration, but the government did not offer any alternative to the semi-nomadic communities except for permanent resettlement. Moreover, it had not consulted them before evicting them.

Energy of tomorrow, between certainties and questions

Are African governments so desperate to leap blindly into the arms of the “communists”? The issue is much more complex because the help offered by the Chinese differs from the cooperation model that the EU follows in its relations with the South. In fact, it is based on asymmetric positions, summed up in the phrase “for Africa and not with Africa,” also due to the weak AU’s political integration compared to its European counterpart. Contrary to what Europe and the former colonial powers do, China bets on a win-win model which can be traced in the five pillars that lead its foreign policy: no changes in the development path in line with the respective national conditions; no interferences in internal affairs; no impositions of Beijing’s will; no ties of financial assistance; no political advantages in providing funding in Africa.

Nonetheless, if we take into consideration the subject directly concerned by this convergence, namely Africa, several concerns need to be underlined. As a matter of fact, neither all its countries, nor all its inhabitants, are excited about Asian penetration: during Zambia’s 2011 election campaign, the future President Michael Sata leveraged on anti-Chinese sentiment, present especially among the local miners. The goal of the different political forces which adopt a similar narrative is to remind voters of the high unemployment rates, particularly among young people, in order to arouse their anger. Everything is summed up in the term “neocolonialism,” already widely used for the policies of European partners.

The future of energy issues in Africa is still very unclear. Certainly, the production of renewable energy will increase, but the weight of current sources and pollution is much deeper. Most of all, these are more profitable, at least for those that exploit that energy like European countries. At the same time, however, the EU cooperates with China so that economic development in sub-Saharan Africa can be as sustainable as possible. At least, this is what they are supposed to do: at their last bilateral summit in Beijing, last July, there has been a lot of talk but not many results. The proof for this is that the word “Africa” emerges only twice in the final declaration, with vague hints about strengthening consultations on foreign policy, security issues, and triangular cooperation with developing countries for the promotion of energy and sustainable development. A commendable as well as necessary proposal, but curiously placed at the end of the whole document: the perfect photograph of the state of things.

For Morocco, Security, Rule of Law, and Energy Are Three Eggs in a Same Basket 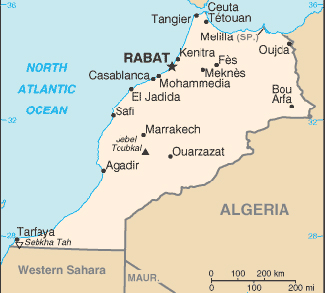 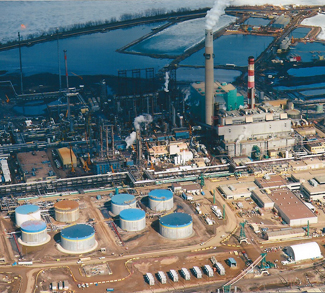